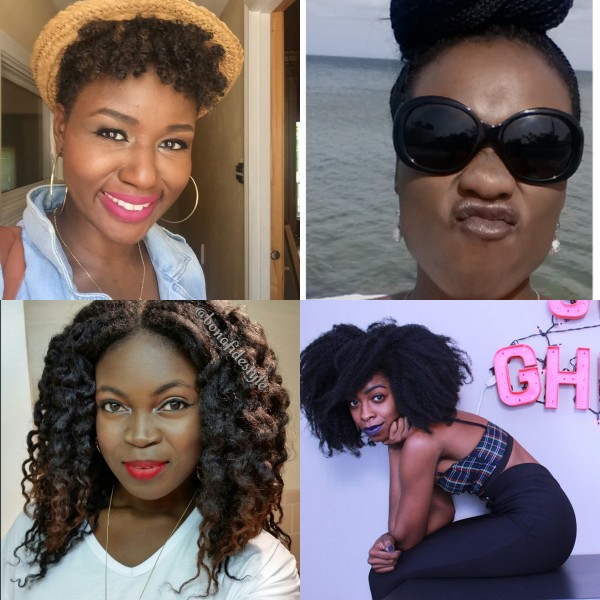 Clockwise from Left to right: Lisa, Chinwe, Rinny and Tori

Last week we began our 4 Shades, 4 Stories series with our BGLH writers, Geniece, Elle, Portia and JC. This week we are continuing the conversation with 4 more writers. 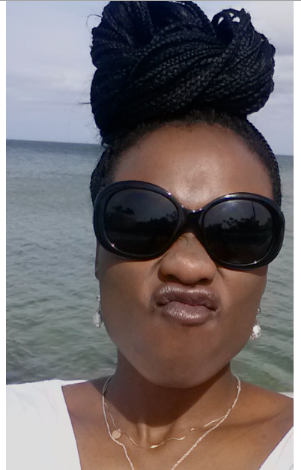 I was not always comfortable with my skin color.  Growing up, I had moments where I wanted to be a shade lighter than I was.  I didn’t view myself as ugly, per say, but I did think caramel or lighter skin would make me more beautiful.

My first experience with colorism was in elementary school when being rated by the boys in our classroom.  I can’t remember how old I was, but I definitely recall the boys sneaking around a sheet of paper with the names of each girl and rating us from 0 to 5 or 10, in terms of looks.  Two other girls and I were the darkest girls in the classroom and were consistently given zeros and a few ones while the others received higher ratings.  I may have just been a kid but kids are very impressionable, and I quickly came to believe that our dark complexions were what made us “ugly” to the boys in the classroom. 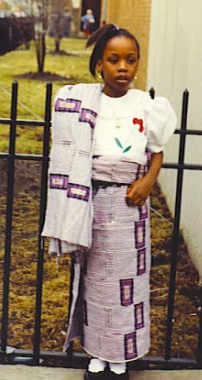 As I grew into my teenage years, the encounters with colorism were more subtle.  I watched plenty of movies in which black women were featured but few of darker complexion.  Sometimes, those of darker complexion also played the lesser role.  Back then, I also watched a lot of music videos (BET and MTV) and was cognizant of the lack of brown girls on the screen.

Was there a standard upheld by family members/peers that you felt you needed to live up to?
Everything I’ve mentioned through now was while growing up within my “American” community in the United States, but colorism was also apparent in my Nigerian community.  I have known individuals who bleach their skin several shades lighter.  I have also been told how dark I am. I have dated a Nigerian (darker than me) who expressed me that he is usually attracted to light-skinned women and that I am the exception.  So, I’ve encountered some level of colorism from the perspective of an African American and a Nigerian.

This series was prompted by an essay by HuffPo writer Kim Lute about how she didn’t have any black female friends because she was light skinned. What has been your experience interacting with black men and women of other skin colors? Do you think there’s a divide based on skin tone? Do you find that light skinned and dark skinned people still segregate themselves?
Nearly all of my encounters with colorism have been in relation to dating and beauty and not so much social status, class, or employment.  Maybe it is because my accomplishments speak for themselves, maybe it is my field of profession, or maybe it is both.  I have not witnessed light-skinned privilege (or dark-skinned “deficit”) in relation to educational opportunities or career, but I have certainly seen it in areas where physical attractiveness is deemed important.  In such cases, dark skin is usually seen as “not as attractive.”

I have several circles of black friends which consist of an array of complexions from that of Alicia Keys to that of Lupita.  Segregation based on skin tone is completely absent from each circle and we appreciate each other’s beauty.

How do you feel about your skin color today?
Fortunately, my self esteem never suffered to the point of me bleaching my skin or fully accepting that being brown made me ugly.  As a woman, it has helped to see other women of my complexion or darker who I consider undeniably beautiful.  (I even have a Pinterest board dedicated to dark skin women.)

Today, I am completely accepting of my skin tone.  Seeing undeniably beautiful brown-skin women across social media has helped me with that acceptance. If I could talk to my younger self, I would share the Pinterest board with her and tell her “black is beautiful” no matter how dark.
Click to read Rinny’s story on the next page.

So are we ready to admit light-skinned privilege exists or nah. everydayfeminism.com/2015/02/light-skinned-privilege/ We gonna pretend darker skinned criminals and girls in school don’t get punished harsher or nah mobile.nytimes.com/2014/12/11/us/school-discipline-to-girls-differs-between-and-within-races.html?referrer=&_r=0 Lighter than a paper bag don’t exist or nah Pelo malo o no? I can go on for days with examples and empirical study. But to say light skinned women don’t face sexualization due to their subjective “attractiveness” and proximity to whiteness… To say that dark skinned women don’t face hypermasculinzation because it offends you to admit there are people in the world that don’t have your same experience? To heal you first need to… Read more »

“No tea, no shade, no pink lemonade.” Lol, can I borrow that one, Rinny? But in all seriousness, thanks for sharing your experiences with us, ladies. They’re appreciated and insightful. From elementary school on, I was always in a situation where I was in the racial minority, but it didn’t really matter because no one really said anything about it. I blatantly knew I was different than other girls, and when I was picked (because I was) it had nothing to do with my race and everything to do with why I didn’t have funds to keep up with whatever… Read more »

That last story really hit home. Especially the part about imagining my kids being light skinned. I feel so guilty and ashamed for ever having that feeling.

im not the only one

I’m honestly done, like on a serious note this is getting too much .Before I read this article I told my friend to wait and see that all the stories would involve the typical dark skin girl that was bullied and hated her skin color etc etc. Same story every time. Sometimes its like people want to make is seem that all dark skinned girls have been bullied or were insecure about their skin color. I believe a dark skinned girl that has never been negatively affected by colorism should have been included in this to show different sides of… Read more »

Telion
Reply to  im not the only one

You know what? That’s great. That’s great that you’ve never experienced the buying or the negative self esteem associated with dark skin- you are blessed, and so right to be grateful. That does not however negate the fact that the story is much different for a great many of us ‘dark skinned’ girls. What you need to understand is that just because you haven’t experienced something doesny make it irrelevant. None of us directly experienced slavery- but does that negate its impact on our society, our families and our world? If you’ve never been poor does that mean poverty is… Read more »

Thank you! I came on here to say all of this but you did it so very well. I’m also dark-skinned and while I haven’t had the experiences these women have, I’m not about to come on here to dismiss and discount their histories because it doesn’t mirror my own. Furthermore, I fail to see how these women’s stories are perpetuating this “dark skinned girls are struggling” trope that imnottheonlyone is complaining about! None of these women are saying “I’m dark-skinned, woe is me,”…rather, they’re being honest about their negative experiences and sharing how they have been able to find… Read more »

Amen!! I couldn’t have said it better myself.

Rylee
Reply to  im not the only one

Your experience is the exception not the rule.

The link to the next story does not work.