After the Rachel Dolezal controversy broke out, there was much talk from within and outside of the black community of how she should be thanked for helping black people. North Carolina State University professor Blair Kelley started the hashtag #wehelpourselves to shift conversation away from Rachel Dolezal and towards a deeper understanding of what African American women have done to advance their own cause. Here are 10 fascinating facts we discovered in the process.

1. Sculptor Selma Burke did the bust of Franklin Delano Roosevelt that is on the American dime.

Selma Burke, sculptor born in 1900 in NC. did the bust of FDR that sits on every dime #WeHelpOurselves #originaldimes pic.twitter.com/g9yvpBjNLE

2. Dr Alexa Canaday became the first black neurosurgeon in the US in 1976 at age 26.

I have mentioned her before: Jackie Ormes the first African American cartoonist #wehelpourselves pic.twitter.com/bhb391I2QK

7. Marsha P Johnson was a transgender activist and a key player in the Stonewall riots.

8. Gwendolyn Brooks was the first black woman to win a Pullitzer Prize for literature.

Gwendolyn Brooks was a postwar poet and first black women to win a Pulitzer Prize for Literature. #WeHelpOurselves pic.twitter.com/v0Kz14d97N 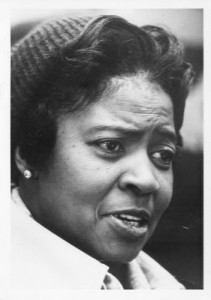 10. Clara Brown is a former slave who, after winning her freedom at age 56, started a successful laundry business, helped other freed slaves get established and searched for a daughter who was taken from her in slavery.

Clara Brown cared for a whole community while on a mission to find her daughter that was sold from her. #Wehelpourselves 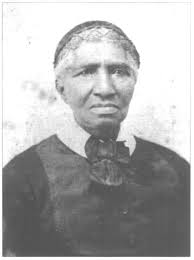 Fascinating! Ladies were you aware of the women mentioned above?

This is such a great list. These women are to be admired–not Rachel Dolezal. #wehelpourselves.

I’m so happy to see this because I am so tired of people talking about how Dolezal has done so much for the Black community. News flash we don’t need a white savior coming to our rescue.

The transgender person is not a woman? C’mon.….