As First Lady of the United States, Michelle Obama walks a fine line with her physical appearance and how she presents herself. Although her hair is natural, she keeps it straightened. She’s gotten flack for showing her arms, and her ample curves have been described by ignorant critics as ‘fat’. With all these landmines to navigate, it is no wonder that the First Lady is so studied in her style choices, with her selection of designers, colors and silhouettes often making headlines.

But Mrs Obama’s latest editorial for Essence Magazine has us wondering if, throughout her career, she has been deliberately downplaying her curves. She and President Obama are the cover stars for the magazine’s October issue. 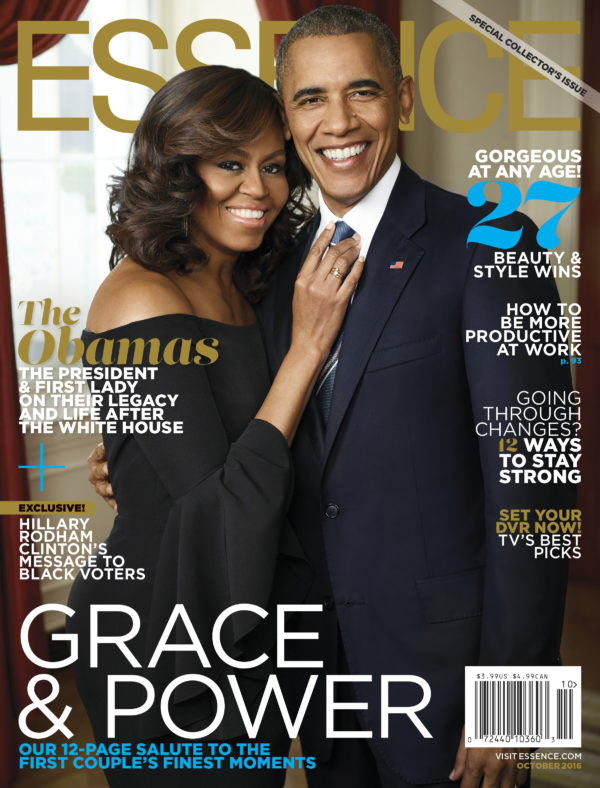 But it’s the accompanying shoot that has people talking. In one photo Mrs Obama holds hands while facing her husband, her ample curves on display. 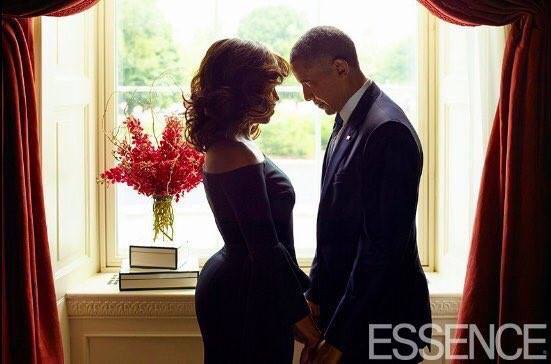 This is, very likely, the least conservative Mrs Obama has ever been for a magazine shoot. Perhaps it is the comfort of being towards the end of her White House tenure, perhaps it is the familiarity of being photographed in a Black magazine, either way nothing is hidden.

Fitted skirts and dresses are a fixture on the political scene. But many onlookers noticed that for her final appearance as First Lady at the Democratic convention — one of the most televised events of the year — Mrs Obama chose skater style dresses with flared skirts. Even as less shapely political figures wore more fitted designs.

The conservative flared silhouette is one Mrs Obama has favored for many years. And when she does choose more fitted designs for magazine shoots she rarely, if ever, is photographed from a side angle.

Michelle Obama’s beauty is familiar to many Black Americans. We have mothers, aunties, teachers and family friends who are tall and shapely, as she is. But seeing that physical representation in a position of power is important for black girls and women who are visualizing what is possible. Mrs Obama says as much in her Essence Magazine interview.

“I think when it comes to Black kids, it means something for them to have spent most of their life seeing the family in the White House look like them… It matters. All the future work that Barack talked about, I think over these last few years, we’ve kind of knocked the ceiling of limitation off the roofs of many young kids; imaginations of what’s possible for them. And as a mother, I wouldn’t underestimate how important that is, having that vision that you can really do anything—not because somebody told you, but because you’ve seen and experienced it. I think that will be a lasting impact on our kids.”

C’mon nah. She came behind all those white women… &stands in the gap of national/international ethnic hatred (google, Saarjita Baartman or any Black Woman narrative).

Yep, she has been. I think she just wanted people to concentrate on her husband than her body.