Yesterday actress Taraji P. Henson posted a meme on her instagram account that celebrated the beauty of black women. Her caption:

As a result of her enthusiasm, she was met with responses from non-black women who claimed “all women are beautiful, not just black women.” Usually, celebrities don’t respond to trolls, but Taraji wasn’t having it yesterday. 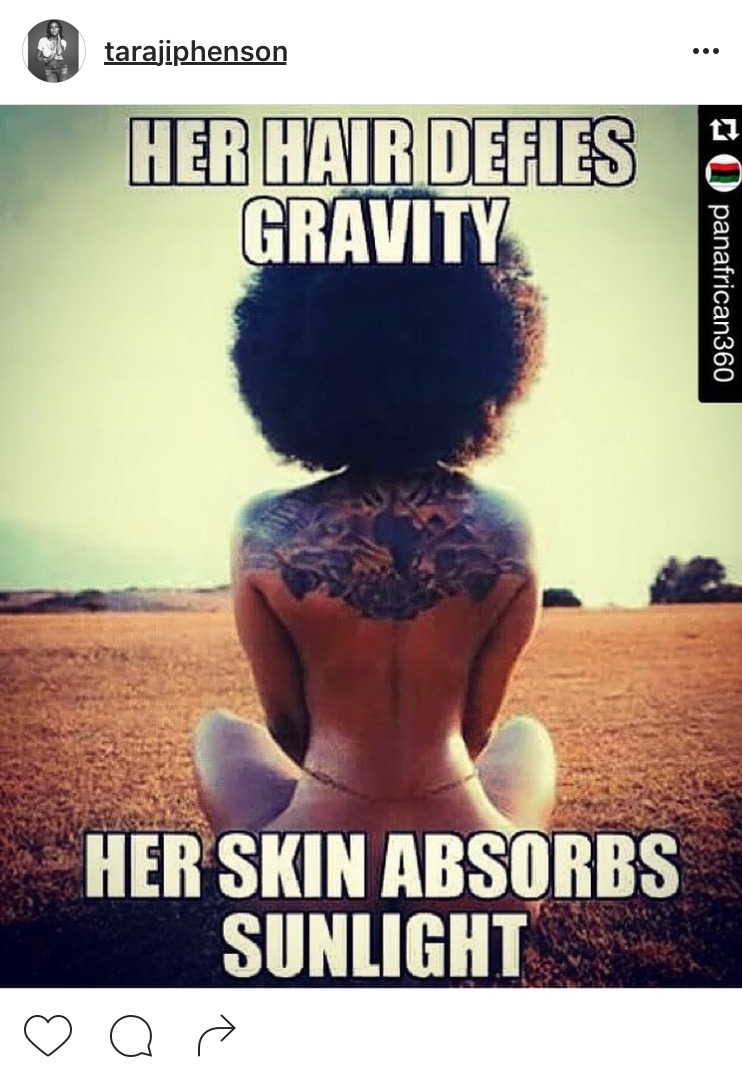 TheShadeRoom.com was able to capture a screen shot of Taraji’s response to one of the commenters. The man pretty much accused Taraji of being a black racist because she only addressed her race as being beautiful in her Instagram post. 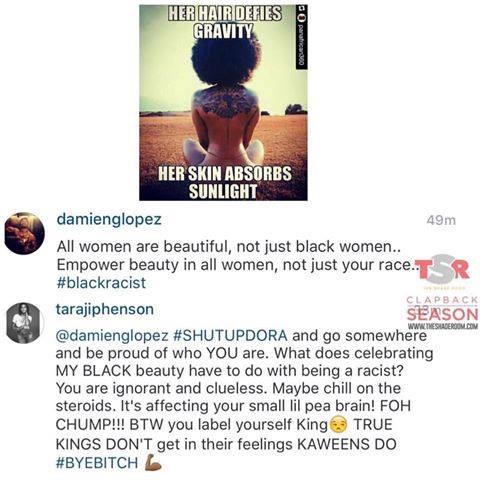 For some reason, some non-black people think that if black women celebrate themselves in any way, that means they believe they’re superior. After centuries of being oppressed, black women are finally embracing themselves and encouraging others to do the same.
Most would see that as a positive step forward, but some still believe that shedding a positive light on our blackness has a negative affect on them. Thankfully, Taraji is unapologetic in celebrating her blackness and isn’t afraid to check anybody who says that she shouldn’t.

I guess she was not for his foolishness. Every time black women want to empower herself everybody want to try and tear her down, it needs to stop. If black women are finally embracing their beauty let them, who are losing jobs, and dying because of it? No one.

This doesn’t surprise me in the very least. Anytime black people try and do something positive it’s always seen as a threat.. But when black people are in the news for doing something bad, they are nowhere to be seen. Where are all the “All people steal?” or “All people murder?” people at?? *crickets*

Just because I’m on a team, doesn’t mean I’m competing. It’s not about other people. It’s about exalting the members of my group so they feel confident and strong. People are so nosy and so concerned about our pride because it goes against how they believe we should feel. We should be ashamed of our naps and big lips. The minute we want to feel empowered, there’s an accusation of supposed arrogance and isolationism. There are Muhammad Ali clips floating around and one is where a white woman says she doesn’t like his arrogance. People need to watch it and… Read more »

Do you know how many times I’ve watched that clip? I could listen to Ali’s response all day long.

True, we NEED to celebrate US! It’s about time!

The guy has deep issues that go beyond an “All people are equal” mentality. I went to check his page because I was wondering why she called him Dora. This is what he wrote as his instagram profile:

“Princess Dora The world would be a better place without ignorant negros #whitepower #hailtrump soon you’ll be back working our fields ? #legalizemarijuana”

It’s funny how the people who always stop to call people racist are racists themselves.

Thanks for exposing his foolishness. He sounds like a nut and a bigot.

Taraji did not have time for that.

Thank you Taraji! And there is a special place in hell for a grown man trying to check a woman on embracing her beauty. That is some low ass sh*t.

Her reply was a bit harsh, but she was in South Africa, ‘re-absorbing apartheid, when she wrote it. That tends to reduce your patience with pettiness. Speaking of which, the man WAS being petty, I don’t complain when I read a book and the heroine is being described as having hair like a silk waterfall and porcelain skin.

I don’t agree she was too harsh. Check out Jacky’s post. He actually deserved worse.

This is another reason why I love and Respect her

I don’t think her reply was harsh at all. Sometimes these racists need to be ripped a new one. After all, he did come for her by insulting her first. I would have responded similarly, lol and I have no fame to consider before releasing my words. She shut him down and hopefully others will think twice before making similar comments on her page. Black women have been brutalized for centuries, and so I REALLY don’t care if a person of another persuasion is uplifted by my celebration of Black beauty…it’s not my job to include them, when they have ostracized… Read more »

Like can we live? So we can’t take a moment to appreciate our God given natural beauty after being told we weren’t good enough for so many years?

Honestly this rang home. I grew up being the only little black girl in the room. I always wondered why I couldn’t have been lighter. It’s taken me years but I finally appreciate my golden skin. I’m so thankful for this movement of self love that’s going on right now. Hopefully there will be less children of colour growing up with the same mind frame now.

It’s a control thing. They want to tell us how we should see ourselves.
Being pride, confident and doing it out loud and unapologetically bothers them.

I loved Taraji’s responses celebrating our black beauty to non-blacks. Non-blacks have a terminal case of “what about me”? Black women are a the original beauty, powerful, sensitive, group of women often imitated, but never duplicated.

No where in her post did she say something negative about other races. Loving yourself doesn’t mean you think you’re better than others.