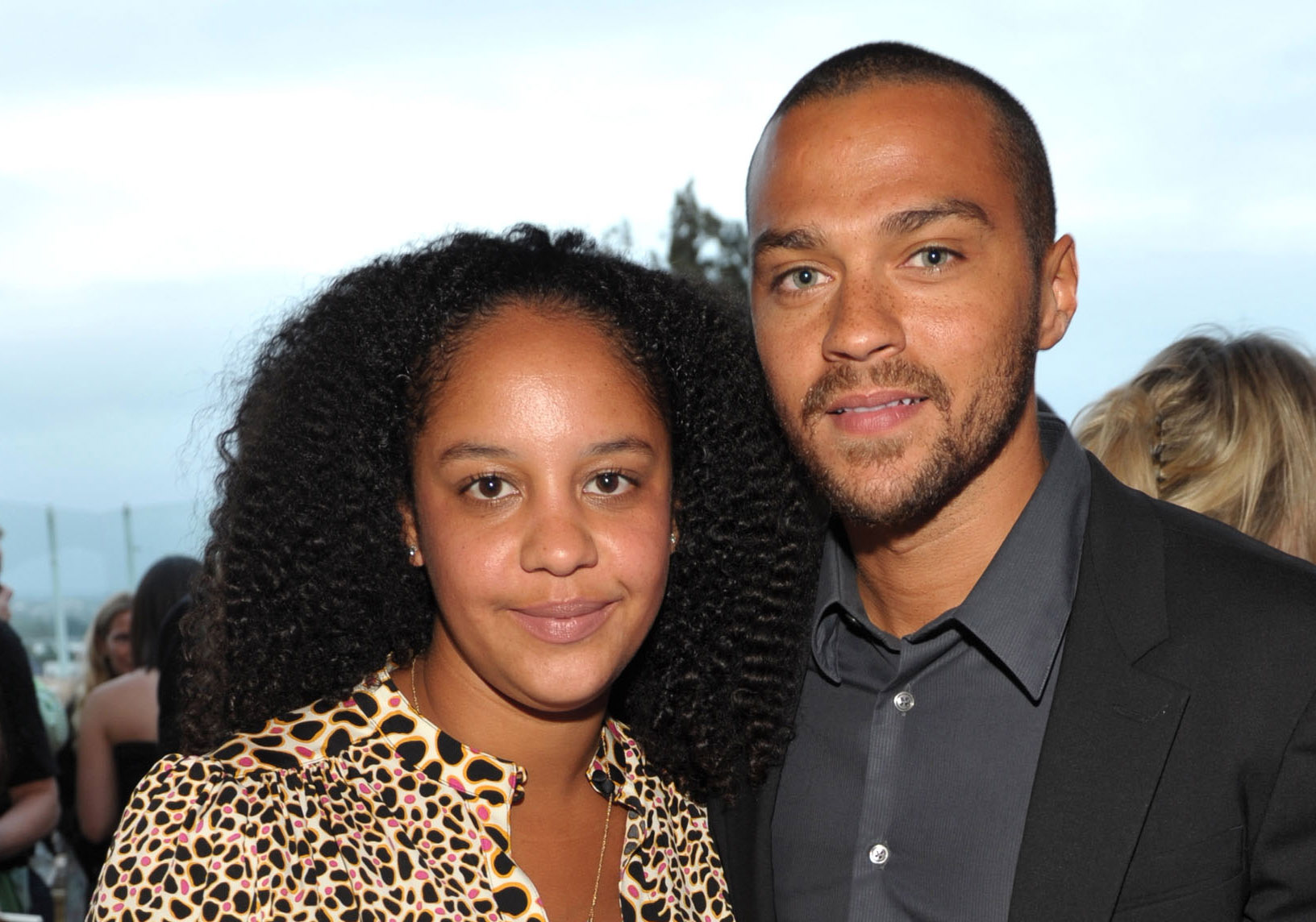 Jesse Williams’ BET Awards speech has been trending since Sunday leading us to wonder about his better half, Aryn Drake-Lee. When we began to dig, we discovered a Renaissance woman who is every bit as dynamic as her famous husband. Check it out.

“This award is also for the black women in particular who have spent their lives nurturing everyone before themselves — we can and will do better for you.”

His wife, Aryn, is one of these black women. 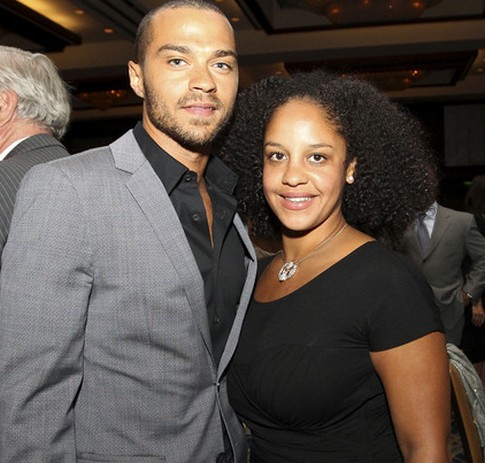 2. She has been with him since before he hit it big.

Aryn started dating Jesse before his movie debut in 2008’s The Sisterhood of the Traveling Pants 2.  The two actually met when he was a history schoolteacher.  In 2010, he told USA Today: 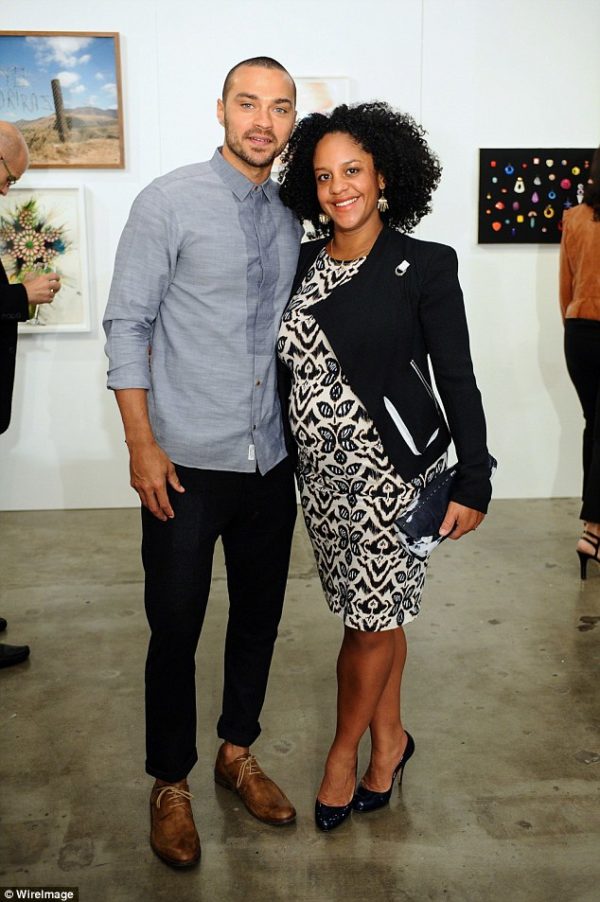 3. She is half of the force behind ‘Ebroji’ — an app that speaks to inclusion.

Williams shared on Twitter that the app includes ALL people.

“Users are thankful that the categories sound like them, authentically…and the images look like them — ALL of them. Brown, trans, ALL, people can see and use images that they connect to as an extension of themselves.”

4. She is a successful NY real estate broker, “her own person and self-made.”

These words are straight from Jesse himself, which he shared with People Magazine in 2009.  “[That’s] a big deal for me”, he told the magazine.  Additionally, according to Brown Harris Stevens, Aryn is “one of the most successful [real estate] brokers” at their Park Slope office.

In a 2015 interview with Essence Magazine, he applauded her independence again;

“I don’t gain strength from the weakness of others. I need to be able to learn from my partner. That’s what keeps us alive. We have mutual respect for each other and we can help each other where we need it.”

5. She began her career at a historically black real estate management company.

Also according to her Brown Harris Stevens profile, Aryn started her career “under the tutelage of Webb and Brooker in Harlem”.  Webb and Brooker became the “largest black management company in the country” in 1981 when “they were hired by Prudential Insurance Company to manage two luxury office buildings” in New York (New York Times).

Before Prudential hired Webb and Brooker, said 62-year-old Eugene Webb, an animated speaker who retains the accent of his native Alabama, there were ”no black firms doing commercial management or leasing” outside minority communities.

6. She is a confident natural.

If you search for Aryn online, most photographs show her rocking her gorgeous curls and coils freely.  It does not matter whether she is attending a red carpet event or a lunch date with her hubby. 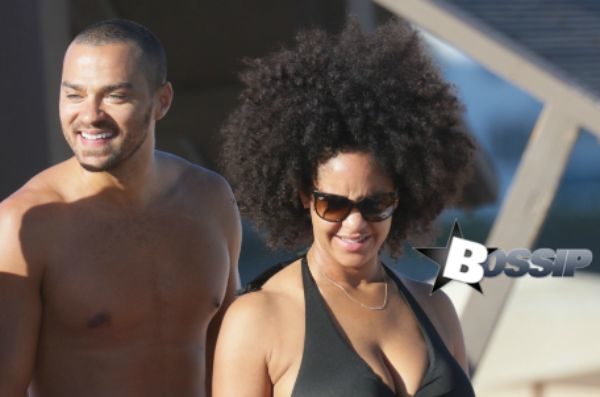 7. She is an Ivy League graduate.

Aryn attended Barnard College, which was built in 1889 so that women could receive a comparable education to the men of Columbia University.  Though Columbia later became coeducational, Barnard remained an independent women’s liberal arts college.  The two universities do, however, have an affiliated relationship. The women graduates of Barnard “receive the diploma of [Columbia] University.”

8. She became trilingual at a young age.

According to her profile on Brown Harris Stevens, Aryn is fluent in both Spanish and French.  She learned these languages while attending the French American International School (San Francisco), which is an independent bilingual school for PK-12th grade.

Though Jesse is more active in the spotlight, Aryn stays behind the scenes.  Even their wedding was a private one for close family and friends.  There was no big production for the magazines or media.

10. She is an amazing wife who changed Jesse’s life.

These words are also directly from Jesse Williams.  In his BET speech, he thanked his “amazing wife who changed his life”.  The couple have a daughter (2 1/2 years old) named Sadie and a son (11 months) named Maceo. 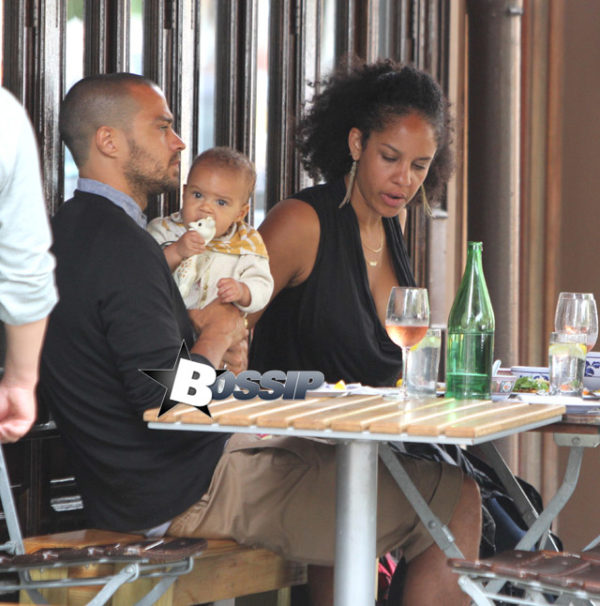 Lol barnard is not an ivy league. But it’s a great school

It’s not an ivy league.

Ivy league is a sports affiliation.

“The Ivy League is an NCAA Division I athletics conference with 8 member schools. Though Barnard itself is not affiliated with the league, as it has no athletics program, its athletes are represented in the league, though only through its connection to Columbia.”

Why you lying? You do not take classes “freely” CC has the core, Barnard has 9 ways and the engineers have their own core. They have a separate campus on the other side of the street. They are a great school and I have any friends there that have enriched my college experience. However they are affiliated with Columbia like Canada is of the UK. It is a meaningless affiliation. They are a wonderful separate school with a history of their own history. For further proof..you can apply to Barnard AND CC, SEAS or GS. If you are picking between… Read more »

That wild fro gave me life!

‘Incredible’ is a lil much, but I see what you’re trying to say. Kudos to her.

A man who actually wanted a relationship of substance..how rare these days

A sister who is actually a woman of substance; educated, dedicated, strong, focused, determined, unaffected by ‘bling, popularity, materialism nor ignorance. Now THATS rare. They are both blessed.

Its actually not rare. Maybe in your circle though.

There are many, many sisters of substance out here who meet all of your outlined criteria! It’s not rare at all… where are you looking?

She is lovely. I wish them many happy years of marriage.

She is every bit a beautiful woman, even without makeup. With makeup on, she would blow you away. The so called beauties look like plain Jane without their makeup. She is not only beautiful but brilliant as well! enuf said!

Inspired by their efforts and results!

Love this article! But slight adjustment–Barnard isn’t Ivy League, it’s an affiliate institution under the Columbia University umbrella (which is mentioned at commencement!). Their graduation requirements, admissions process, and acceptance rate are very separate from Columbia’s. Still a great school though, but just gotta set the record straight!

Sisssss thank you. I’ve been saying this for a while.

GREAT ARTICLE, i hav to send this to a brother i know in prison ny, he be out soon, but yea and another in delaware prison. real talk, we up on jesse well i am but they were not too keen on him, til hearing him on bet memorable speech, shocking many, but i love best he yep is a real man as i pride my own self on. As a hispanic blk man i say, let the white people borrow OUR music, moves, our life as they are doing, over and over again but Jess like me think the… Read more »

This is a great article, but… It’s an article for those people out there who think that this beautiful woman (despite all her successes) is an ugly duckling, and isn’t deserving of such a great catch. Who are “we” (meaning society) to judge who Jesse picks as a partner? Why must an article like this be posted? Does our opinion really matter to Jesse? Obliviously not, because, if it did, he would of married a woman on looks alone, like many of the men in Hollywood do. They marry for looks and forgetting about substance and compatibility. They want arm… Read more »

Great post! I agree with all you stated. Aryn receives so much flack. On a couple of white websites, there have been folks that put them in the “Beauty and the Beast” category or “Couples with Ugly Spouses.” I don’t seek out these kinds of articles, they are thumbnails besides other articles I’m reading. I’ve clicked on them to tell the editor off when I noticed Jesse and Aryn. Beyonce and Jay‑Z are always on these kinds of “lists” and so is this couple. I was especially appalled to see Michelle and Barack on one of the lists. Appalling! One,… Read more »

Who is he dating now?