Throughout generations, many black women have long been encouraged to use products like talc powder to maintain a superficial standard of hygiene. There are historical reasons why the traditions of vaginal deodorants, feminine sprays and douching exist in the black community. Indeed, a 2011 study found that black women are four times more likely to use these products than white women.

“For many recently emancipated African Americans, a clean and odor-free body signified personal progress and enterprise, and the hope for racial assimilation… The supposed malodor of African-American women was also linked to damaging sexual stereotypes that made Black women highly vulnerable to predation and violence”

Companies like Johnson & Johnson have preyed on the insecurities of black women by continuously marketing their talc powder without disclosing its risk of cancer or its carcinogenic ingredients.

In 1992, a Johnson & Johnson internal company memo years ago acknowledged potential cancer links. In the very same memo, there was a recommendation to “investigate ethnic (African-American, Hispanic) opportunities to grow the franchise,” as well as an aggressive marketing plan targeting these groups; noting that these women accounted for a high proportion of sales.

1981- A study in the journal by Daniel Cramer, an epidemiologist at Brigham & Women’s Hospital in Boston, showed the first statistical link between genital talc use and ovarian cancer.

Twenty epidemiological studies have found that long-term perineal talc use increases the risk of ovarian cancer by about 33 percent.

Sales of Johnson & Johnson’s talcum powder products came to about $374 million in 2014, according to Euromonitor. That’s not essential to a $70 billion company that makes most of its money selling medical devices and drugs. But without Baby Powder, J&J may not have developed Baby Oil or Baby Shampoo nor have a baby division worth some $2 billion. Baby Powder’s value to the company extends well beyond sales.

Over ten years later, a task force devoted to improving sales of Shower & Shower, a mix of talc and cornstarch marketed to women, concluded: “African American consumers in particular will be a good target with more of an emotional feeling and talk about reunions among friends, etc., team up with Ebony Magazine.”

Promotions in churches, beauty salons, and barbershops were suggested with Patti LaBelle or Aretha Franklin as celebrity endorsers. (Neither of these women endorsed the brand.)

Their ads in the late 80s promised “just a sprinkle a day keeps odor away.” 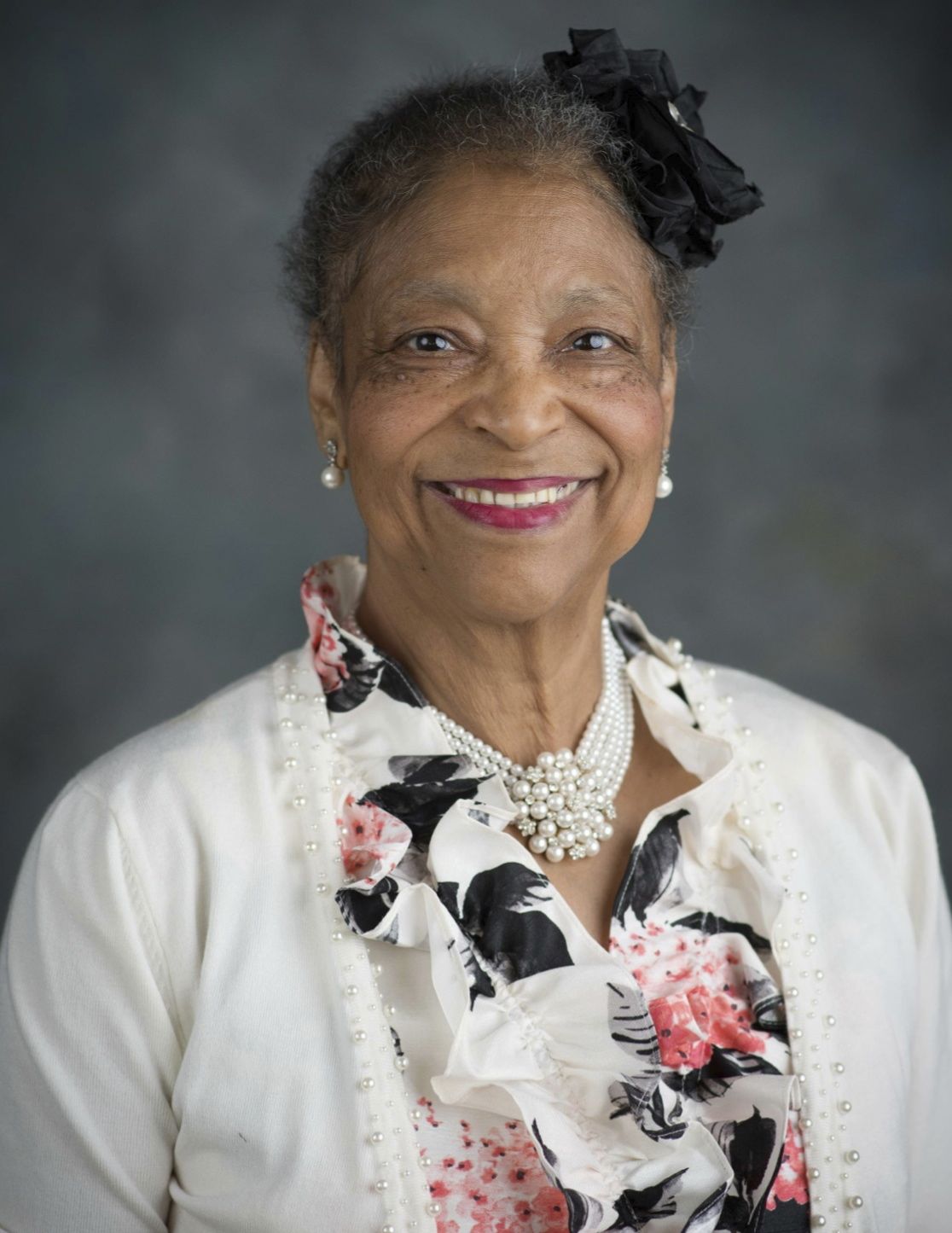 Jacqueline Fox was diagnosed with advanced ovarian cancer at the age of 59 in 2013. Fox underwent chemotherapy to shrink the tumors and surgery to remove her uterus, ovaries, fallopian tubes, and part of her spleen and colon. Fox later learned of the link between ovarian cancer and baby powder through a law firm commercial. She had been sprinkling baby powder made from talc on her underwear every day since she was a teen.

“I was raised up on it,” she later said in a deposition. “They was to help you stay fresh and clean.?…?We ladies have to take care of ourselves.”

Her son notably said, “It has to be safe. It’s put on babies. It’s been around forever. Why haven’t we heard about any ill effects?”

Unfortunately, Fox passed away from the cancer in 2015. In February of this year, a St. Louis court ruled that Johnson & Johnson must pay $72 million to Fox’s family as the corporation was liable for gross negligence for failing to warn consumers of the cancer-causing products.

Over 1000 more women are currently suing Johnson & Johnson for concealing the risk of cancer within its talc-based products.

I don’t have words..

Now that I think about it my family with chaffing issues used medicated powder. Gold Bond. I’ve never heard of this baby powder in the underwear. If your coochie smells I don’t see how baby powder would make you fresh and clean. Sounds like a company that took advantage of people who didn’t know any better.

Talc and cornstarch are used as absorbants. Sweat itself isn’t funky, however once bacteria hits it, odors start. Women have used talc and cornstarch in their underwear, and other areas, in order to absorb moisture and wetness and, in turn, forego potentially embarrassing odor. That’s why it’s also used in diapers–to absorb moisture and help prevent diaper rash. I doubt people are using talc because their goods stink; they use it in an effort to keep from stinking

I’m not quite sure how someone ATTEMPTS to be ignorant, either are or you arent, ignorance inherently means lacking knowledge so I guess you really showed your own ignorance through lack of knowing definitions Furthermore I wasn’t aware that someone MISUNDERSTANDING an article or anything was considered ignorant, hence why the word misunderstanding exist but way to go …God forbid you have children or are a teacher.. But let me go further I did not misunderstand anything, I clicked the links and that one research paper (which seems to be the only research out there) stated that black women were… Read more »

I don’t think you missed anything. Races don’t have particularly different standards when it comes to hygiene. No one wants to smell…period. I’ve caught a whiff of stanky black, white, Hispanic, Asian, etc women. If you stink, you stink. As for the study, I would need to read more about it because as a woman who has a healthy sex life, the thought of serving up my goods to my husband in any state other than pristine is disgusting. I don’t think it has anything to do with race, but everything to do with pride in self and having a sense… Read more »

This is so tragic. I am waiting for the lawsuits regarding hair products. This is just as severe as the Flint, MI genocide case via the water supply.

this is so interesting to me i never thought about or heard about that black women are concerned with vaginal smell more than others let alone that this is soemthing that has been engrained since reconstruction..fascinating i wish there were more info out there on this history

It isn’t that we have a greater concern of differences in vaginal odor, you missed the point either through ignorance or attempting to be ignorant. Races have different rearing with us children and we were taught to maintain our selves in a particular manner.

Wow. I have never put baby powder on my underwear. Didn’t know it was used for anything but to prevent chaffing. I’ve never douched before either. Never felt the need to plus my doctor says it’s bad for you and unnecessary. I’m particular about soaps and especially particular what I use to clean down there. I don’t do that bubble bath or that artificial fragrance soaps on mine.

Didn’t realise people were still using the powder. I use to as a child, my mums generation and her mum’s generation were using it and just like AAs those from the Caribbean are very particular about personal hygiene. I stopped using it years ago was told not to use the oil on my baby by a health care worker instead I have been using natural products. This scandal is the reason why we need to take educating our people in our own hands. There’s just too many people who have ill intentions towards us.

so true, for centuries…

I have only ever seen black women use baby powder in sneakers if you were wearing them w/o socks or near the breast area. Never known anyone to put that down there…

As an OB/GYN who is Black, I have warned my patents against using talc down below since I was a resident. The articles linking talc to ovarian cancer were discussed in medical school. I remember the white professor and my white colleagues being befuddled by the idea of sprinkling powder in underwear. Because I was raised to do this, I knew my sisters were taught this as well. There are SO many benefits to having more people of color in medicine.

I’ve never known anyone to use it in the underwear but I’m still horrified that a non carcinogenic was marketed in this way to women, black people and babies. Is the cancer link only significant when used in underwear?

My sister died from ovarian cancer in 2016 we grew up on baby powder and Johnson and Johnson shower to shower in the pink and lavender containers their products were all I used for my son because I thought they stood by their products. I will never buy any of their products. My sister really sufferer through the high doses of chemo. I recently found out my 86 year uncle was part of the syphilis experiment that was done on black men. So what happens ‚ignoring this will not make it go away. What ever is done in the dark Will be… Read more »