Recently, Prince was spotted with a gorgeous black woman at the Golden State Warriors game in Oakland, CA.  Considering that the artist is usually linked to women with less melanin, this photograph was very much a surprise.  So who is Prince’s new melanin muse?  Well, here are ten facts about her. 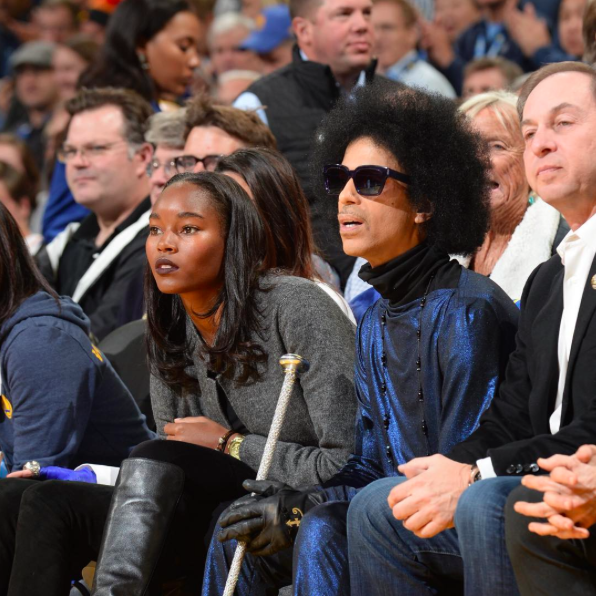 1. Her name is Damaris Lewis, and she was born and raised in Brooklyn, New York.

2. Damaris and her family are originally from St Kitts, and she reps it hard. 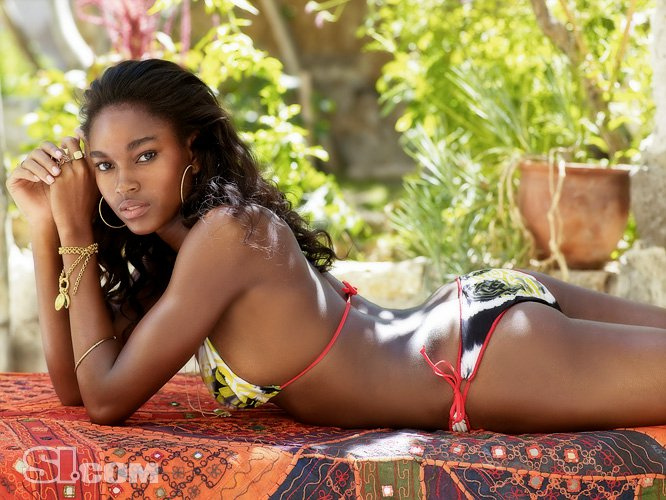 3. She was discovered by Prince while hosting a concert series about him on The Africa Channel.

I hosted a special about his concert series on The Africa Channel.  He was going to Australia [in May 2012] and knew that I danced and modeled and he said, ‘We need a feature dancer, do you want to come?’  I also went on to tour Chicago with him and then we did SXSW, the closing Samsung party. — Damaris Lewis in Sports Illustrated 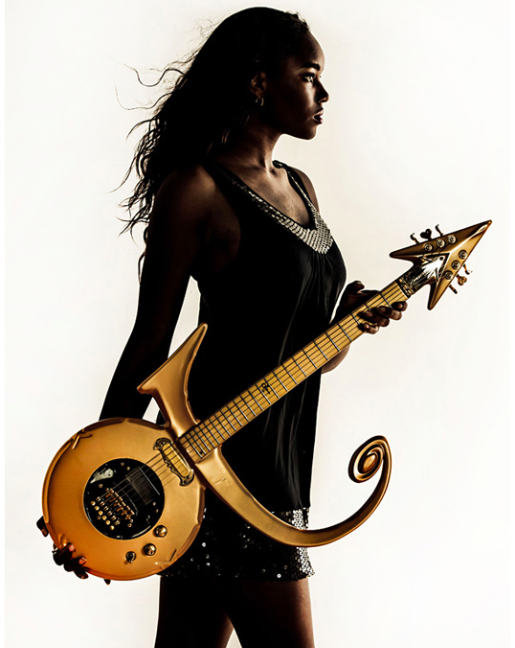 4. She signed with Elite Model Management at age 15.

She was discovered by a modelling agent while performing with her dance troupe at a benefit dinner, and within months she was working for clients such as V, French Vogue, Benetton, Saks, MAC Cosmetics and Yves St. Laurent. — Times Caribbean

5. She has “graced the pages of French Vogue and starred in campaigns for Yves Saint Laurent and Benetton”[Essence]. 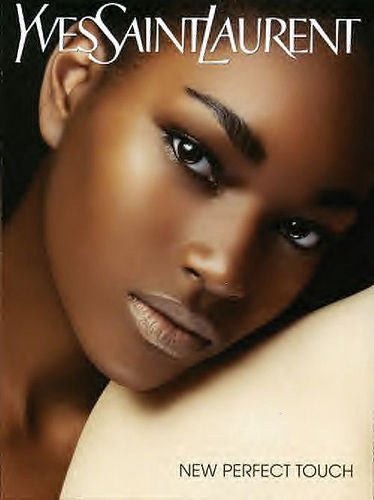 6. She is also a classically trained dancer having studied at Fiorello H. LaGuardia High School of Music, Art & Performing Arts, which is featured in the film Fame. 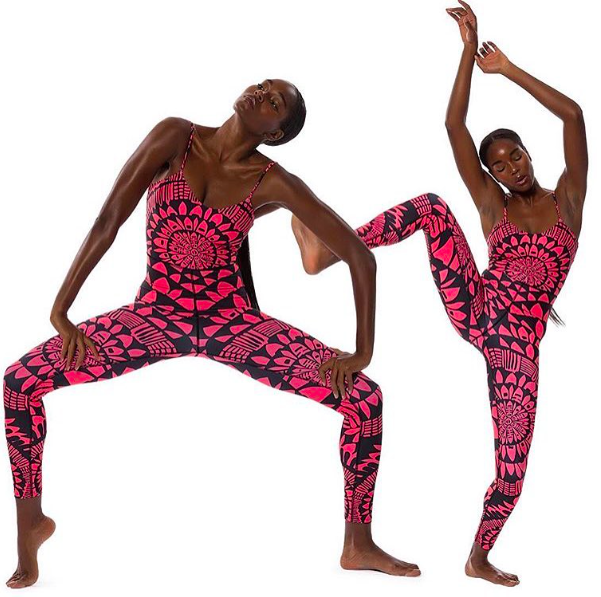 7. And she is an avid volunteer.  In an interview with GQ, Damaris stated:

“Before I die I’d like to make sure I’ve given back in every way I possibly could have. A lot of people have moved mountains for me. I’d like to do the same.”

Since September of 2009, Damaris has set aside dedicated volunteer time to help those in need. She works closely with Project Sunshine and several of their programs designed to “Bring Sunshine to a Cloudy day.” Each August since 2010, Damaris has held her Project Sunshine Dance Camp. The Day Camp is a 2 to 4 week project designed to not only teach teen girls how to move, but to instill personal pride and inner strength featuring the slogan “I CAN, I WILL.” In 2013, she expanded her outreach by volunteering with Madison Square Garden’s Garden of Dreams Foundation. — DamarisLewis.com 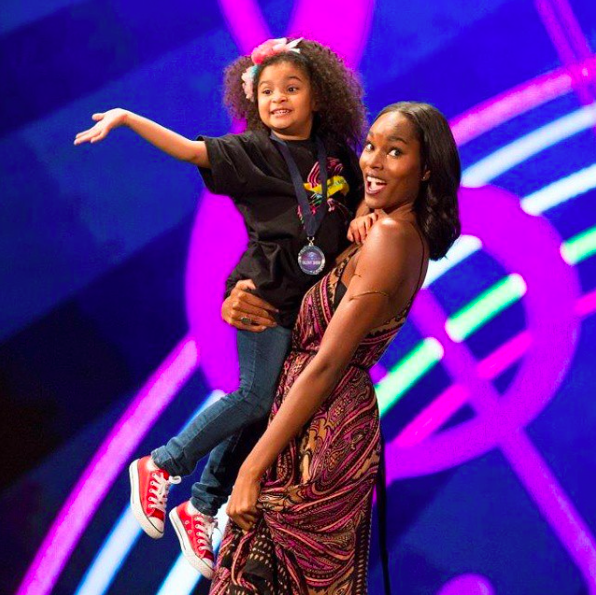 Damaris Lewis at the Garden of Dreams Foundation, which partners with “hospitals, wish organizations and community-based organizations, to reach children who are facing challenges such as homelessness, extreme poverty, illness and foster care.” Source: https://www.instagram.com/damarislewis

8. She has her own blog, entitled “Heels to Hoops,” which combines her love of basketball with her love for fashion.

9. She is a product of the Boys and Girls Club of America (BGCA).

Yesterday I had the pleasure of visiting the Boys & Girls Clubs of America’s Headquarters. I’ve waited for that moment for a long long time as the BGCA changed my life as a kid. Proud to be an Alumni and excited for what’s to come. Who here is a BGCA alum too?? — Damaris Lewis Facebook 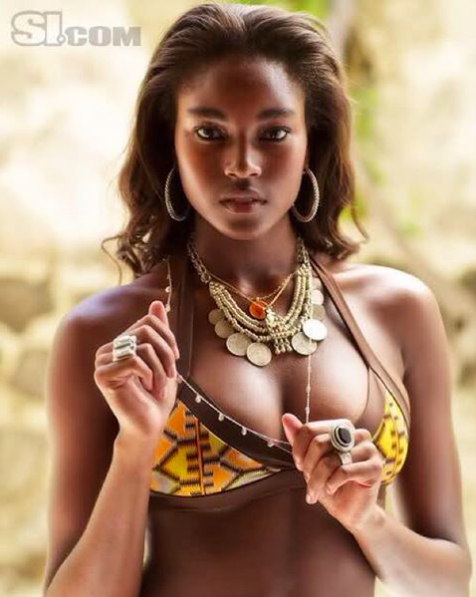 He has been rocking with her for a min now. But is he married id if my hubby had a “muse” that wasn’t me it be a prob

Did you ever read the book or see the movie Girl With A Pearl Earring? That’s pretty much half of the plot: Jealous wife worried about the art assistant

They’ve been hanging out for a cute minute tho. This is not news.

She is very beautiful! All the best to her.

R.I.P. Prince! You are missed dearly!

What an incredible woman! Stunning and a beautiful soul.