The Incredible and Tragic Story of Henrietta Lacks: The Only Known Human With Immortal Cells 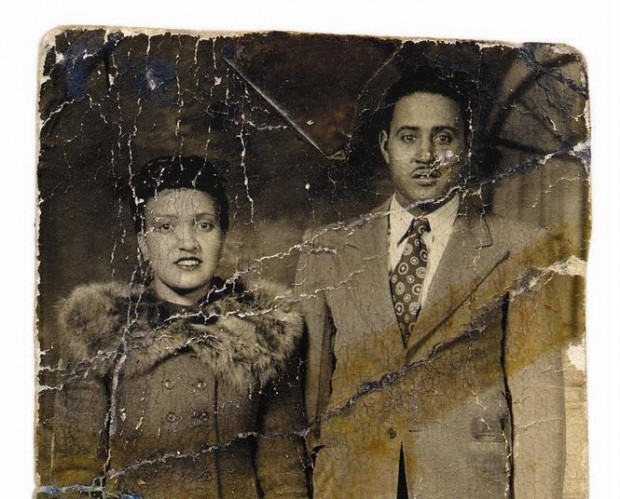 Henrietta Lacks was a black mother and wife whose cancerous cells were taken without her knowledge while she was receiving treatment.  Long after her death in 1951, her cells lived on being researched and contributing to medical advances, such as the development of the polio vaccine (1952), cell cloning (1953), and identification of a key receptor in HIV (1986).  While Henrietta’s family remained poor and could not afford health insurance, her cells were commercialized and have generated millions of dollars.

She had a name and life 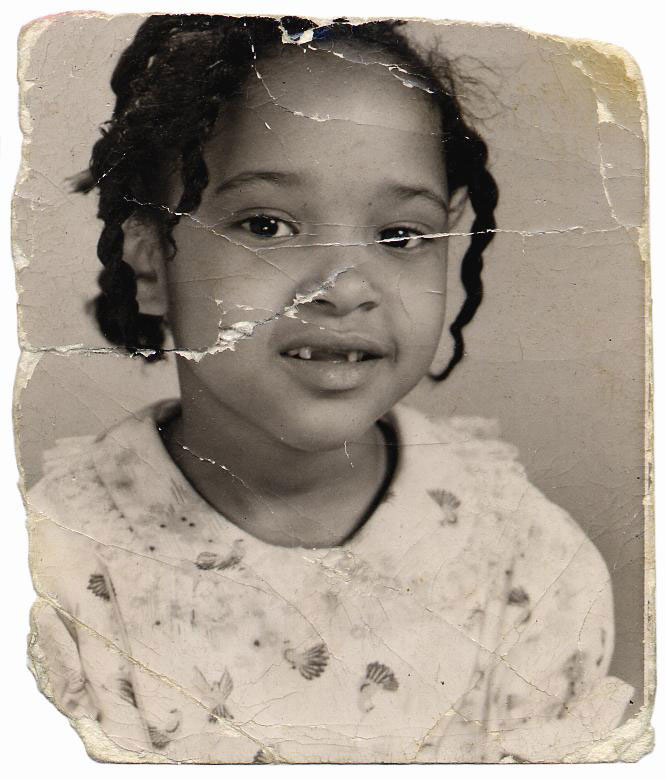 Deborah Lacks. One of Henrietta’s daughters.

Henrietta Lacks was actually born Loretta Pleasant on August 1, 1920 in Roanoke, Virginia.  Her parents were Eliza and Johnny Pleasant.  Lawrence and Sony Lacks, Henrietta’s sons, told Denise Watson of the Virginian Pilot that they “aren’t sure how she became Henrietta, which was shortened to Hennie after her mother’s death when the girl was 4.[1]”

After her mother’s passing, Henrietta and her siblings — ten children in total — were distributed among nearby relatives in Clover, Virginia.  She ended up with her grandfather and her first cousin, David.  Sadie, another cousin, recalls Henrietta in her early years:

Sadie remembers Hennie as the most beautiful thing, with honey-colored skin, a round face and a smile that made boys act like fools.

Sadie said she was surprised when Hennie and David, who went by “Day,” started acting like a couple; they’d been raised like brother and sister.

But Lawrence was born to them in 1935 and Elsie four years later.[1]

Two years after Elsie’s birth, Henrietta and David married and moved to Maryland.  David became a shipyard worker while Henrietta stayed at home to care for the kids.  There, the couple bore three more children — Sonny (1947), Deborah (1949), and their final son Joe (1950).

Henrietta discovers a lump on her cervix 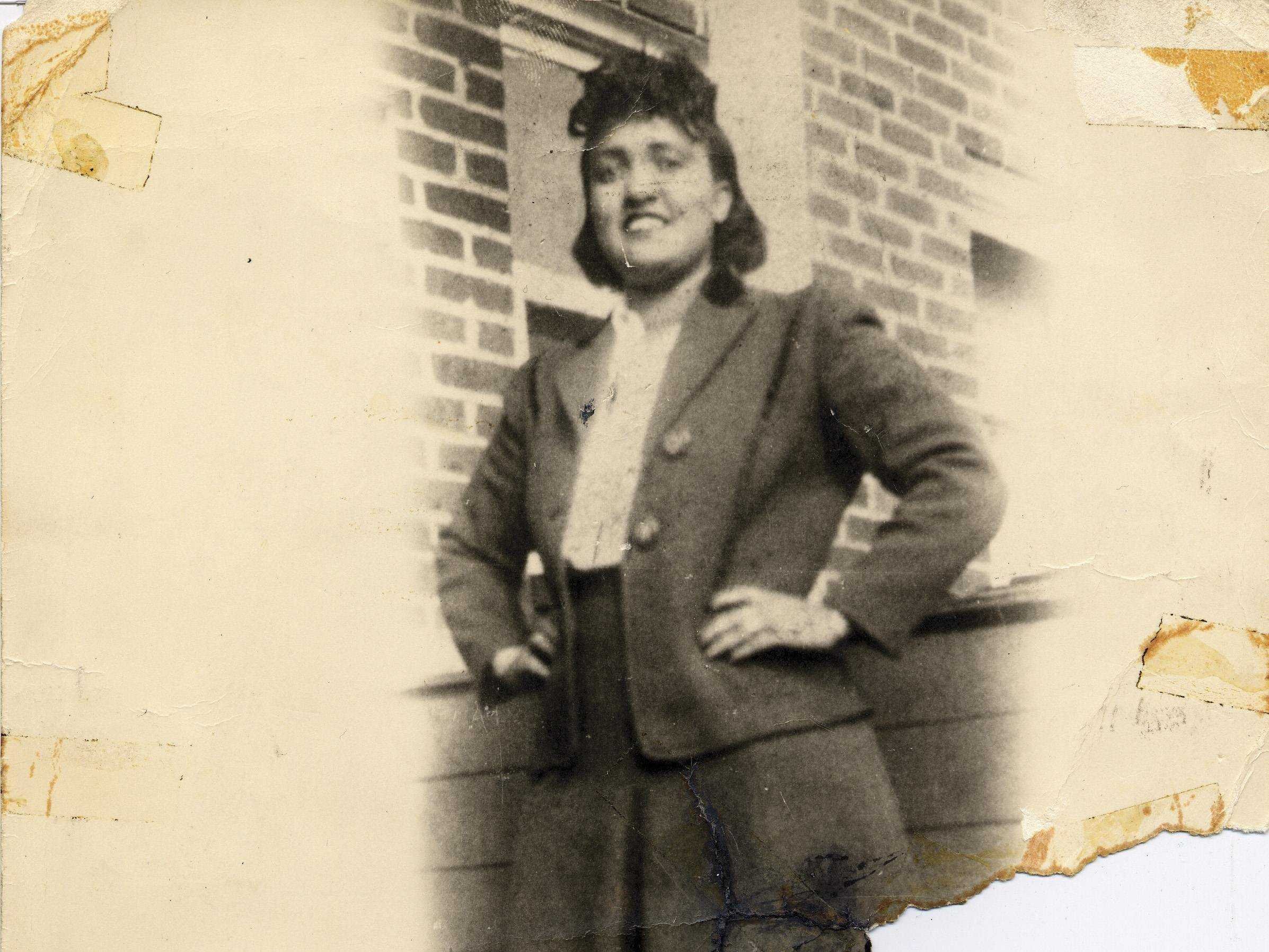 In early 1951, Henrietta discovered a lump on her cervix while bathing.  She went into Johns Hopkins — the only hospital that would treat black people at the time — to see what was wrong.

Dr. Howard Jones was the gynecologist on duty Feb. 1, 1951, in the outpatient center at Johns Hopkins when Henrietta Lacks came in.

Jones … examined her and saw something so peculiar it would stay with him for decades: A glistening, smooth growth that resembled purple Jell‑O.

It was about the size of a quarter at the lower right of her cervix, and it bled easily when touched.

Jones thought it might be an infection and tested Lacks for syphilis, but the results came back negative. He ordered a biopsy – cutting away a small portion of the tissue – and within 48 hours had the diagnosis: cancer.

When Lacks returned for treatment eight days later, a second doctor sliced off another sliver of her tumor. Following the practice of the day, Lacks was not told.[1]

Henrietta, who had not yet informed her family of the diagnosis, returned home and went about business as usual.  She continued to go to Johns Hopkins for radium treatments, but there was no improvement in her health.  Soon the cancer would grow out of control and take over her body.

It was becoming difficult for her to hide the pain. Cousins would enter the house and hear her upstairs, wailing, “Oh, Lord, oh, Lord, I can’t get no ease! Jesus, help me, Jesus!”

On Aug. 8, shortly after her 31st birthday, she was readmitted to Johns Hopkins for what would be the last time.

Just after midnight on Oct. 4, 1951, Henrietta Lacks died. Doctors performed an autopsy that revealed firm white lumps studding her body, her chest cavity, lungs, liver and kidney. Her bladder appeared to be one solid tumor.[1]

Almost twenty years after Henrietta’s death, David and the children received an unexpected call that would further impact their lives:

Researchers wanted Sonny and other family members to give blood samples so more could be learned about their mother’s genetic makeup. The family wanted to know why.

Part of their mother, they were told, was alive and growing more than 20 years after her death. [1]

Tissue from their mother’s second biopsy in 1951 had been given to Johns Hopkins researcher Dr. George Gey, who for years had been trying unsuccessfully to grow human cells outside the body in his search for a cancer cure.

Technicians expected Lacks’ cells to do what previous samples had done: nothing, or perhaps live a few days then die. Instead, the cells multiplied in petri dishes, spreading and piling atop one another. Uncontrollable.

On the day Lacks died, Gey appeared on a television program called “Cancer Can Be Conquered.” He held Lacks’ cells in a bottle close to the camera and discussed his scientific breakthrough: the first human cell line ever grown.[1]

The fact that Henrietta’s cells had been taken without her knowledge and used in research for two decades was complete news to the Lackses.  A mixture of anger, disappointment, and shock set into the family, and understandingly so.

Companies used HeLa to test cosmetics. … Scientists sent HeLa into space with white mice to determine what happened to human flesh at zero gravity. HeLa helped scientists discover genetic mapping. … According to the U.S. Patent and Trademark Office, there were close to 11,000 patents involving HeLa [in 2010]. The cells were so prevalent that they could be ordered by the vial on the Internet.

… [But, the family was] angry at Johns Hopkins because they felt the hospital removed her cells without her permission. …. They were enraged by biomedical companies that produced the cells like they were printing money and sold them for millions, while many in the family couldn’t afford health insurance. [1]

Henrietta’s family finally has a say

Nearly sixty years after Henrietta’s passing, the Lacks’ family was finally given a voice.  The 2013 publication of the HeLa cell line genome sequence and the controversy that ensued prompted this moment.

… [The Lackses] will have some control over scientists’ access to the cells’ DNA code. And they will receive acknowledgement in the scientific papers that result.

The agreement came after the family raised privacy concerns about making Henrietta Lacks’ genetic makeup public. Since DNA is inherited, information from her DNA could be used to make predictions about the disease risk and other traits of her modern-day descendants.

Under the agreement, two family members will sit on a six-member committee that will regulate access to the genetic code. [2] 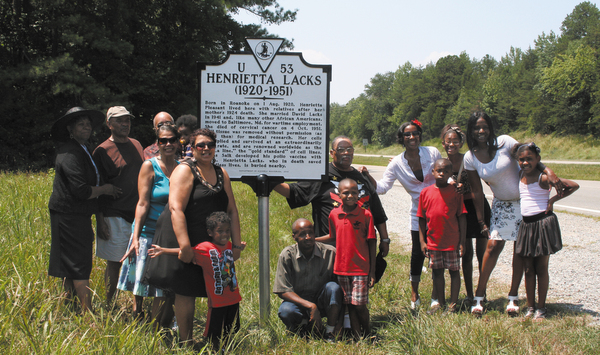 The question of broad consent

Three years after this agreement, the use of Henrietta’s cells brought focus to proposed revisions to the Common Rule, a federal policy for the protection of human subjects.  While there are mixed opinions about the effectiveness of new regulations, which would involve broad consent, there is still hope in some sort of balance between research and ethics in this regard:

Policy-makers face a daunting task: expedite development of new cures and treatments while staying vigilant against research abuses of human subjects. Addressing systemic inequity only adds to this challenge.

With real transparency and respect for equity, it’s possible the new Common Rule could align with the common good and make justice part of the Henrietta Lacks legacy. That would be a worthwhile transformation. [3]

Reforms to the Common Rule are anticipated by the end of 2016.

Were you familiar with the story of Henrietta Lacks?

Not to be racist, but what did the family expect during those times? White people steal and claim.

Expect? This is not about expectation, it is about wrong and right…and they deserve a big FAT settlement. This story blows my mind, they deserve much more than this and Im surprised they have yet to receive that.

Well how are you being racists by that comment?

Tragic & Triumphant at the same time. This is our story.

the immortal life of henrietta lacks is a book everyone should read.

It’s a sin and a shame what they did without letting the person know.Definetly need a huge settlement

So glad you are sharing this, a lot of people never heard of Mrs. Lacks, I was fortunate to hear this story and do research years ago.

Her family needs to be demanding financial compensation!

I read about this some time ago. Sad that the family hasn’t received any financial compensation as well. I wonder if they could petition for partial ownership of those patents based on grounds of outright theft.

The Incredible and Tragic Story of Henrietta Lacks: The Only Known Human With Immortal Cells | Fighting Misogynoir

they should receive compensation for every single vial sold

WOW Incredible story, Thanks for this article Chinwe