Fed Up With the Fashion Industry, Sudanese Model Ajak Deng Quits via Instagram

Sudanese-Australian model, Ajak Deng, announced via Instagram this week that she is quitting modeling. 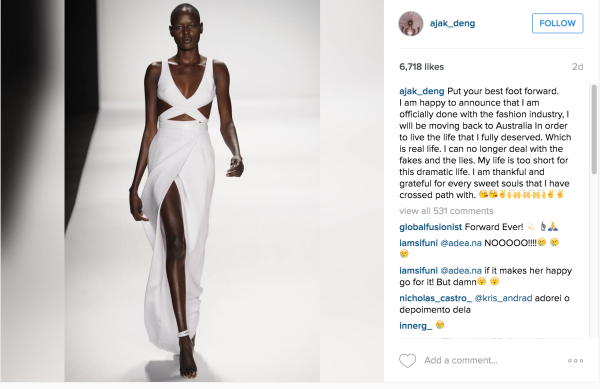 I am happy to announce that I am officially done with the fashion industry, I will be moving back to Australia in order to live the life I fully deserved. Which is real life…I can no longer deal with the fakes and the lies. My life is too short for this dramatic life.

While Deng doesn’t specifically address race as the reason for her decision, she has often spoke out about  racisms and colorism in the fashion industry via twitter. In 2014 Weng angrily tweeted about being invited and then kicked out of the Bailman show during Paris Fashion week. 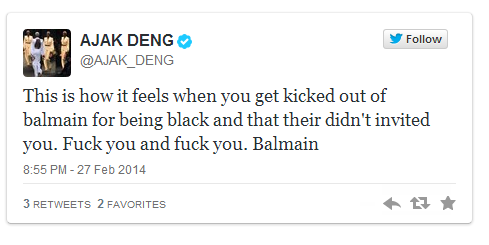 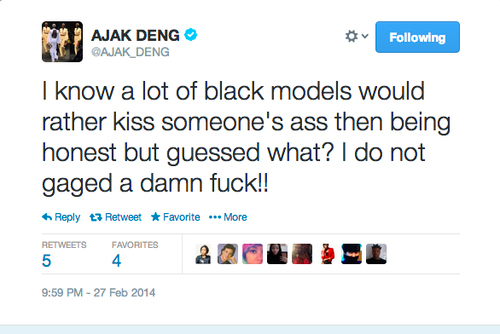 Even Wek’s  manager, Stephen Bucknall of  FRM Model Management, has expressed his frustration with getting comparable gigs for black models in Australia:

Ajak has said to me many times, it saddens her there isn’t more work for dark skinned girls in Australia, as she would like to book more work here. The budgets probably aren’t big enough for (Deng), because she’s a big money earner, but they will spend the money on a Miranda Kerr or a Jess Hart. They’ll book the big caucasian girls, spend the big dollars, and fly them in from LA, but I’m yet to see them book a dark skinned girl in that way. 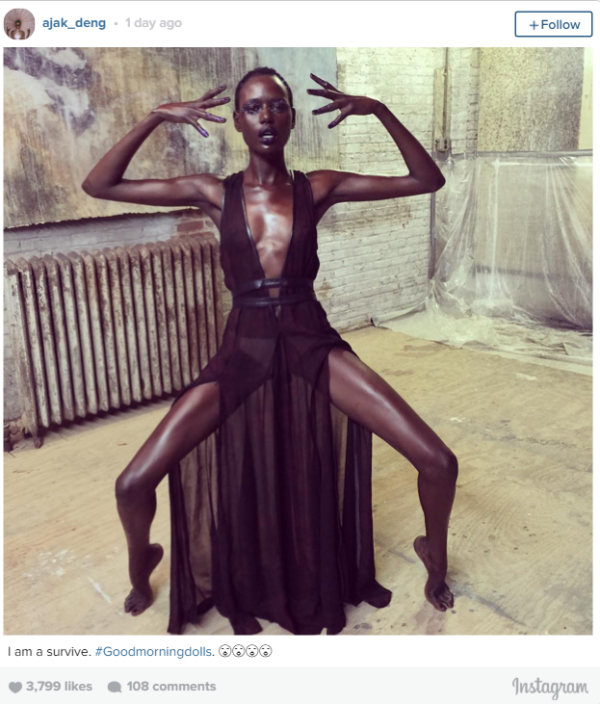 What do you think of Deng’s decision?

Good for her!!! Most models go through a lot. They have to.have a backbone and thick.skin to survive in the modeling industry. There is VERY REAL stress in THAT world too black or white models but especially for BLACK models. I’m glad she made her MONEY and ready to.lead a happier life.

That’s a shame, but at least she’s doing something that makes her happy!

She’s a beautiful young woman. Their loss. Best of luck to her!

Awww Ajak Deng is one of my favourite models. Her along with Grace Jones and Tolula Adeyemi.

I read more recently that she has returned to modelling. don’t know what her reason is.