As Afro-Mexicans Fight For Legal Recognition, Here are 8 Things You Should Know About Them 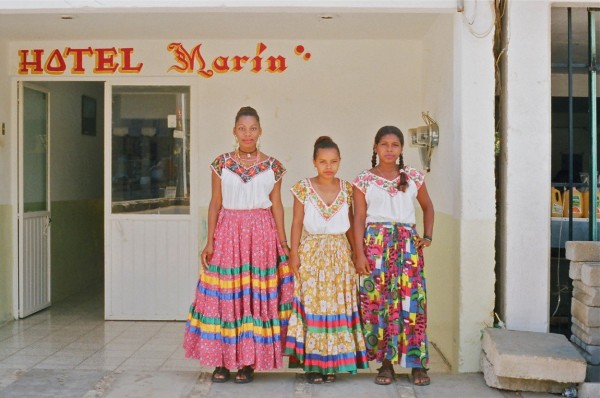 Así somos: Afro Identities in the Coast is the work of student director Andy Amaya who traveled throughout Costa Chica to document the stories of Afro-Mexicans. From Amaya’s website:

This documentary was created because the people from the coast of Oaxaca requested that I film our talks on identity and blackness. The recordings take place in the towns of Charco Redondo and Chacahua, both in Oaxaca.

This is something I put together last minute because I had no intention of making a documentary. It’s really basic but I wish only to give the people from the Coast representation as invisibilization of the Black race in Mexico is common.

This documentary is intended to bring awareness of the African diaspora in Mexico and to help begin conversations on identity and blackness.

Amaya’s documentary is a primer in Afro-Mexican culture, giving fascinating insight into a cultural group that is becoming increasingly assertive. We have also included supporting information we found from Fusion.net.

1. For the first time ever — in 2015 — Mexico legally recognized its citizens of African descent. Prior to this they were not acknowledged in any legal way. They number 1.4 million or about 1.2% of the population.

2. The coast of the Mexican states of Oaxaca and Guerrero have the highest population of Afro-descendants in the entire country.

3. Mexico and Peru combined received more enslaved Africans than the United States. This is often overlooked because Mexico was never a slave-based economy.

“Some claim the first black people arrived with the Spanish conquistadors. After the fall of the Aztec Empire and the establishment of a Viceroyalty in what is today Mexico City, Spanish rulers began importing slaves from Africa to replace indigenous slaves who died from disease and epidemic. Soon the term “mulato” was coined to describe mixed-race generations of black people and white Europeans.”

6. Much like the rest of the world, lines of colorism are drawn to devalue dark-skinned Afro Mexicans and separate the Mexican community.

7. Blackness is aesthetically defined by hair and skin color using terms such as “moreno” to describe black-features and “orca-cuco” to define hair that is unlike the straight hair of the indigenous people:

8. Afro Mexican history is not taught in schools.

“In school they teach our children about Europeans and indigenous natives, but the history books practically don’t recognize our history.”

Watch the 25 minute documentary below.

So sad that black people have the same problems, but in different countries

Very informative and educational documentary. I would love to visit those area of Mexico.

Wow! My eyes were literally glued to the screen. This is worth sharing.

In terms of biology and physiology of people…BLACK/DARK SKIN and the COIL/TRANSVERSE WAVE hair strand is AUTOCHTHONOUS and the ORIGINAL TEMPLATE. STRAIGHT HAIR is a recessive genetic trait and is not associated with the ORIGINAL INHABITANTS whose DNA and SOUND DIALECTS (languages) populated EVERY life-sustaining geography on this planet.

No STRAIGHT-HAIRED, Neanderthal-gene, numerator, DERIVATIVE people occupied any space on Earth BEFORE Blacks.

Spanish is NOT indigenous to the Americas. Neither is English. Those spanish-speaking straight-haired Caucasoid peoples residing in Mexico, Central and South America are hybrids.

[…] have long struggled to be recognized as equally Latino. In fact, Mexico just recognized Afro-Mexicans for the first time in the country’s last census.  So it’s no […]