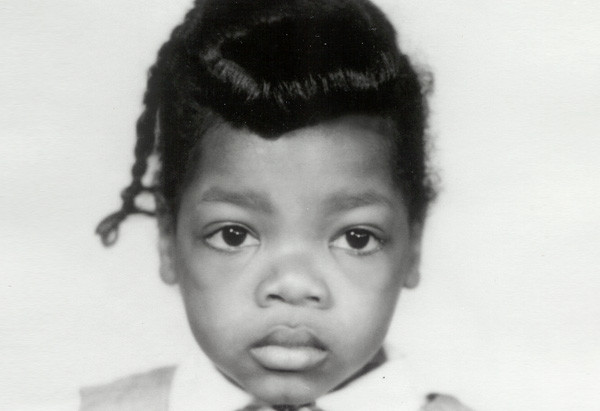 Oprah Winfrey is one of the biggest names in media, but her path to success wasn’t always easy and she endured a hard childhood. Initially raised by her grandmother in Mississippi, Winfrey was later sent to live with her mother in Wisconsin at the age of 6. At this time, an established relationship between Winfrey and her mother was fairly absent, which left her feeling detached and alone:

“I suddenly land in a place that’s completely foreign to me. I don’t know anybody. I don’t really even know my mother,” Oprah says. “I walked into that space feeling completely alone and abandoned.”

Winfrey shares details of a painful early childhood memory in which she realized how her skin color affected the way she was treated in the presence of her own mother:

One painful incident, in particular, left her literally out in the cold:

Even at the age of six, Winfrey admitted she knew the reason why she was put outside was because of her skin:

“My mother was boarding with this very light-skinned black woman who could have passed for white… I could tell instantly when I walked in the room that she didn’t like me. It was because of the color of my skin,” Oprah says. “I don’t know how I knew that, but I did.”

Winfrey shares this story as a part of the new OWN series titled Belief which is described as “a groundbreaking television event exploring humankind’s ongoing search to connect with something greater than ourselves.”

Will you be watching Belief?

I have to watch this series.

Neickha
Reply to  Ms. A

It’s really amazing honestly. And she doesn’t just focus on herself. She takes it all over the world showcasing different people/groups.

I wish I had cable to watch this!

I like the first picture of Oprah, cute girl! I see sadness but I also see hope in her eyes at such a young age.

She was a good lookin kid!!And apparently always had looong hair too. Her eyes definitely have a sadness to them and I’m glad for her success. She was in my city a year ago donating to a local center for kids. I would love to see the show.

I wish she would consider running some her shows in syndication for those of us who do not have or refuse to get cable. Cable alienates a very large audience. Oprah, WE AIN’T GOT YOUR MONEY! You need to be free!!! 🙂

What type of mother would allow her 6 year to be put outside on a porch, like a dog? I hope Oprah Winfrey has no contact with that Women anymore.

She does actually. She featured on her show a few years back where her mother lives with a caretaker and I believe she has dementia. But their interaction was strange almost not existent and they were In the same room. She’s talked about her relationship with her mother before surprised people are shocked.

Man i hope this is shared on the oprah.com or youtube.com

She is a prime example of how NOT to let where you come and what happened to you dictate the rest of your life!!! #mindset

Being mindful of something like this is terrible at any age. But at 6? I really have to watch this series. Oprah was an adorable child.

Poor Oprah, she still bear some awful scars from that kind of thing, I would think a woman of her means would seek therapy.

That’s so heartbreaking and ignorant at the same time. Her mom married a dark skinned man so why would she be so ignorant to deny her own child she agreed to bring into her life with her father’s skin color to match at that! Some light skinned people can be so identical to white supremacists. I love Oprah. While her mom became nothing but ignorant, her daughter is making millions and doing interviews. Oprah is a mega hit star!

Her mother and father weren’t married. They had sex once under a tree, Oprah was conceived, and that was that.

Okay. I know now. I just think that they should have at least tried to look for some protection if she didn’t want any kids. She lived with her grandmom first. That tells you something. On the other hand, I’m glad Oprah exists. Her mom should be ashamed of herself. She has no compassion. Another thing is who has sex under a tree? Really?

She was an adorable little girl, but dammit, the sadness is her eyes makes me wanan cry…

Well, she got back at them one of the nicest way. she worked hard and became successful, I’d like to know what the children of that light-skinned woman became compared to the child she despised.