In World War II, women were called upon to work outside of the home to keep the economy going after millions of American men shipped off to war. The government led a campaign featuring women working industrial jobs, and the culturally iconic ‘Rose the Riveter’ was born. More than 6 million women entered the workforce to replace enlisted American soldiers. In the span of just five years (1940 to 1945) the number of  women in the workforce increased from 27% to 37%.

Although there was a demand for more workers, due to segregation and racial discrimination, the call didn’t immediately resonate with black citizens. One former riveter named Betty Reid Soskin recalls the order in which black women were allowed into the wartime workplace:

…workers were in demand, but there was a hierarchy Soskin says. First hired at the Richmond shipyards were men who were too old to fight and boys who were too young to go, then single white women, then married white women…then black men to support the Rosies – do the heavy lifting. Eventually black women, but that wasn’t until 1944. Though there were some exceptions.

Up until 1944, black women were limited to janitorial or cafeteria jobs. Due to the increase in demand for workers, roles in production were now available to black women. Under pressure from the federal government, the Packard Motor Company attempted to integrate their work force. However, they were met with staged strikes from the white employees. When Packard Motor Company promoted three black men to the aircraft assembly line, 25,000 white workers walked out on a wildcat strike. Similarly, when three black women were promoted to work with the drill press, white women went on strike and vowed not to return until the women had been demoted.

Though they were met with much adversity, 600,000 black women served in the labor force during this time. 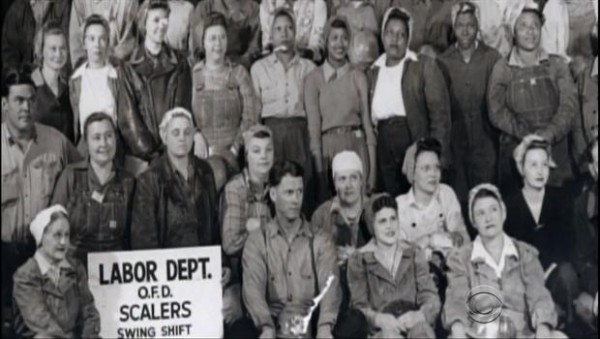 But even after being admitted into the workplace, blacks workers were excluded from unions such as the Boilermaker Union. This led to the establishment of auxiliary union, Local A‑36, which helped to ensure higher wages for black workers. 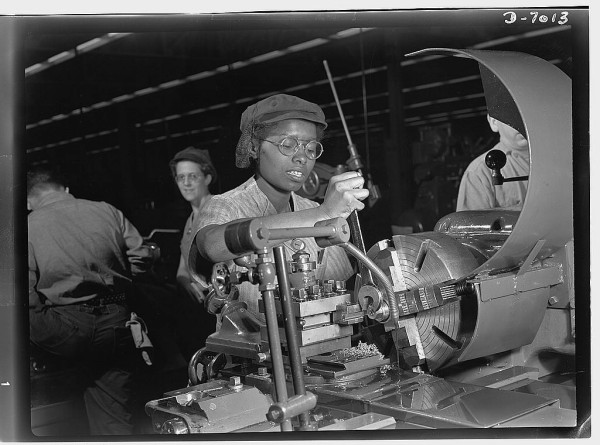 Plant foremen point to 20-year-old Annie Tabor as one of their best lathe operators, despite her lack of previous industrial experience. Employed by a large Midwest supercharger plant, this young woman machines parts of aircraft engines. Source 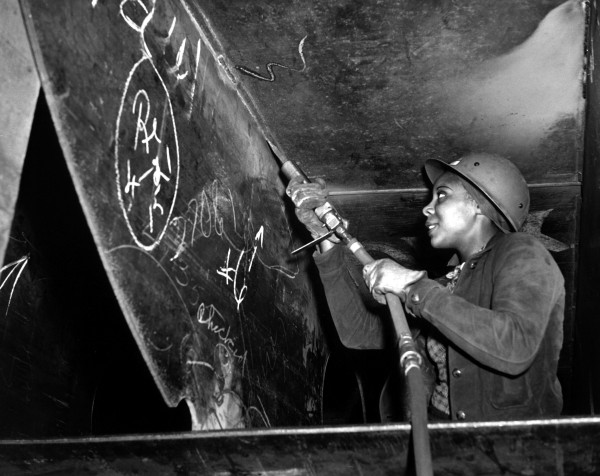 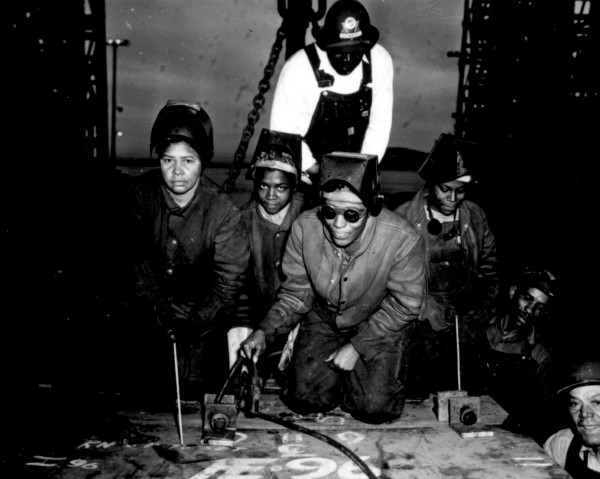 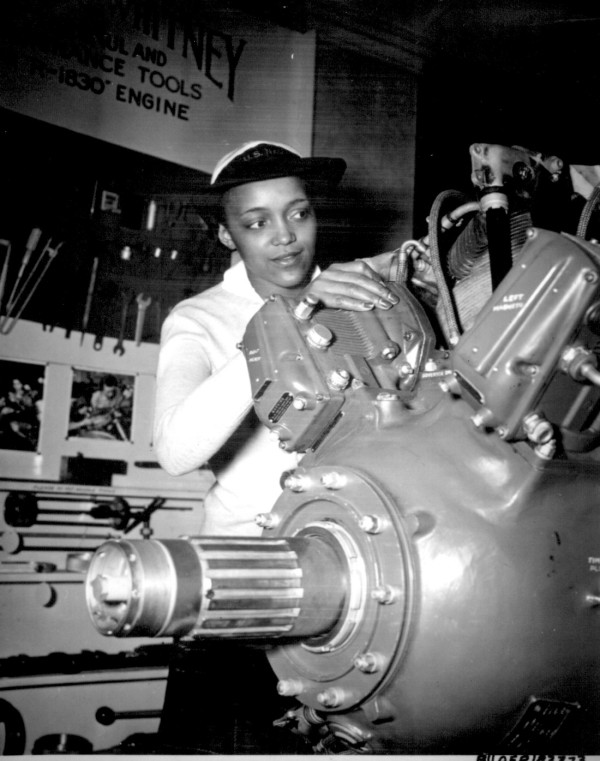 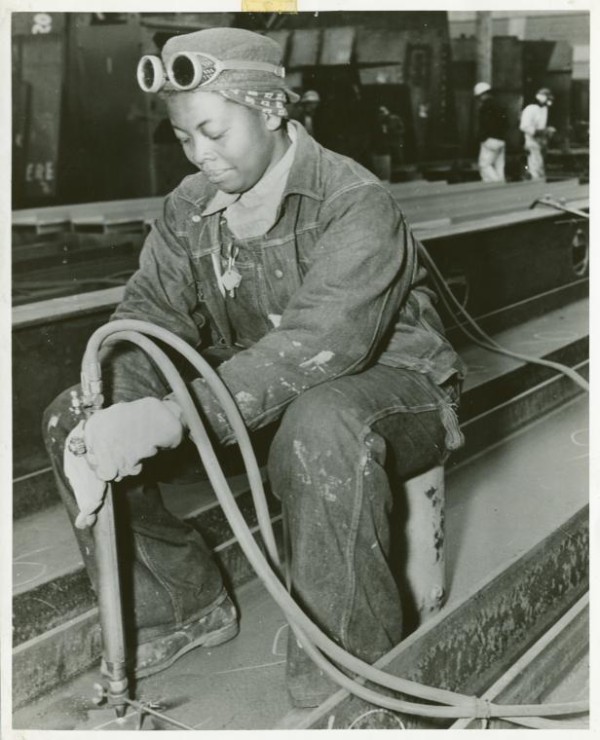 Anna Bland, a burner, is shown at work on the SS George Washington Carver as it was being rushed to completion in the spring of 1943. Source 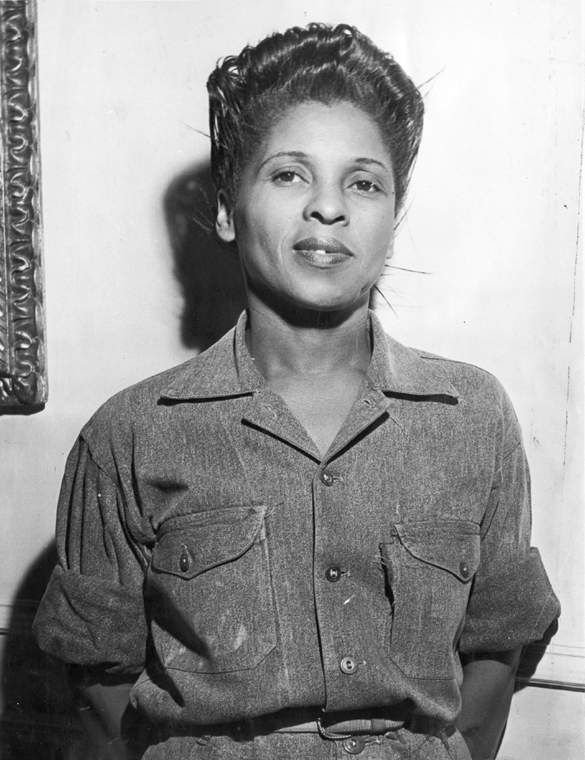 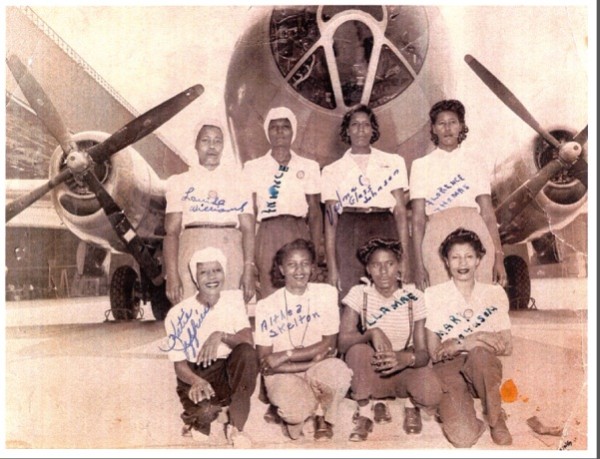 IAM members from District Lodge 751 were among the African-American Rosie the Riveters who played a large part in building planes during WWII. Source 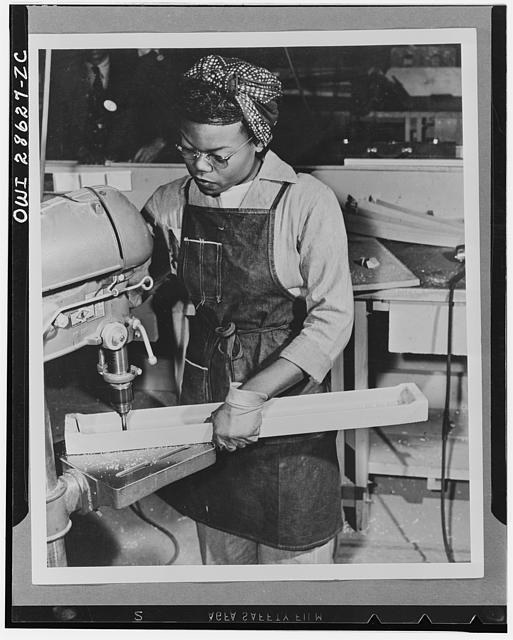 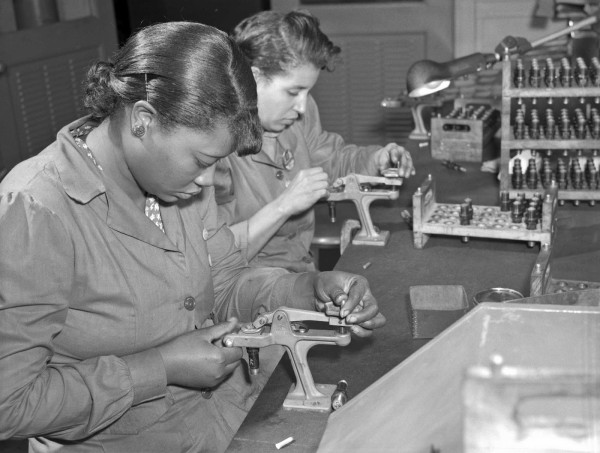 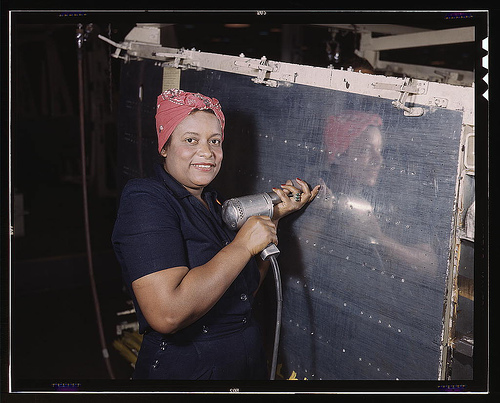 Operating a hand drill at Vultee-Nashville, a woman is working on a “Vengeance” dive bomber, February 1943. Photo Credit: Photograph Courtesy of the Library of Congress Source 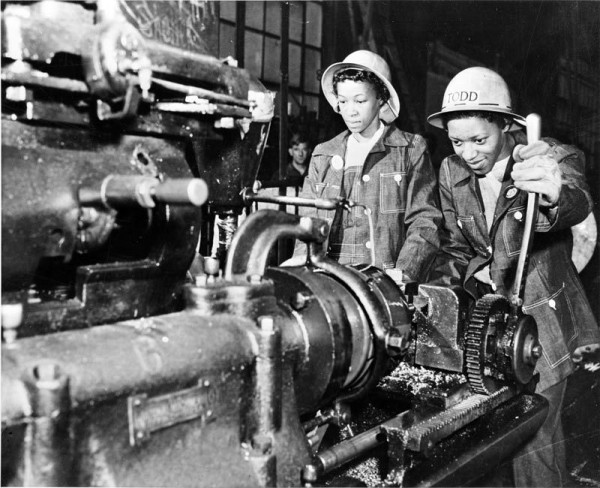 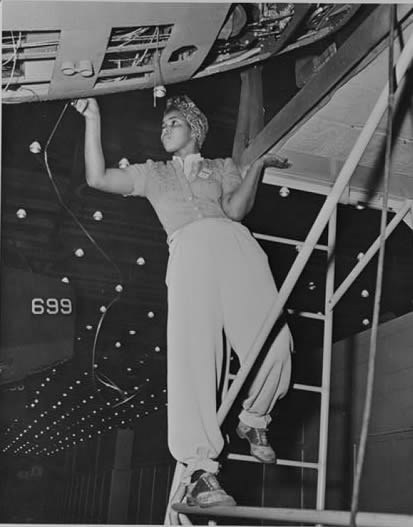 A woman works on aircraft at the Douglas Aircraft Company Source 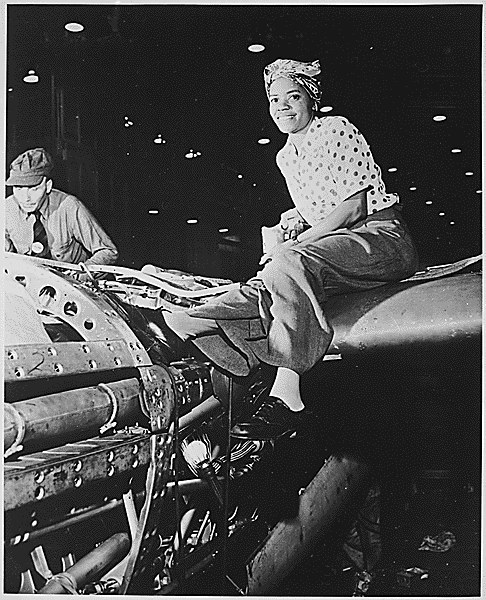 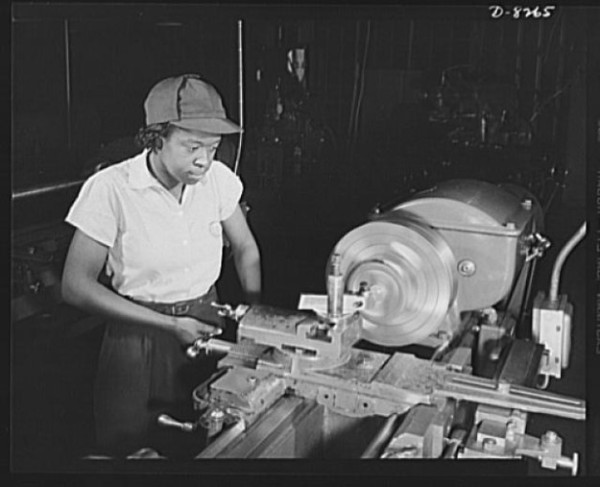 Beginning as a helper at $4.56 a day in the Washington navy yard, Miss Juanita E. Gray graduate trainee of the National Youth Adminstration War Production and Training Center now earns $45 a week. Source

Did you know there were black riveters?

Great article! I too am Texan by birth, Angeleno situation..

I did not know about them. I wasn’t taught this in grade school along with many other things I wasn’t taught about. This was excluded out of the textbook I had in 11th grade. I learned about World war 2 a couple of times but there was no mention about Rosie the rivers. This is cool and this is worth sharing on google.

I must say, I love and enjoy being Black!

Glad the title changed from “Rosie the Riveter was Black”. Sometimes these posts get too sensational. I’m happy to find out these women existed.

Love these pictures. I smiled from ear-to-ear.

At 24, I’m an aircraft electrician in the Air Force Reserves and a military contractor as a civilian. I’ve always felt grateful knowing the opportunities I’ve been given wasn’t always available to someone like me. Figures like Eugene Bullard and William J. Powell who were blacks working in aviation in a time when they weren’t accepted have inspired me. This is even cooler. Ah! This makes me so proud! Thanks for the article RInny.

All in vein to discredit Black people. Just don’t mention that we made huge contributions to the societies we have lived in. We have the same issue in Britain because the British don’t want to recognise that they called for many of our Ancestors and some still living to help in every aspect of their wars, so every year when they have remembrance day you barely see black soldiers being represented.

My friend Toughie’s mother, from Berkeley Calif, worked in Richmond CA, as a Rosie riveter. She bought a house in the course of such work.

Thank You Rinny! Quite a collection! Much needed history.…

WOW, I am so impressed and proud that this history is accurately reported. Thank you!

Miss Betty is still at work as a Park Ranger at the Rosie the Riveter Park in Richmond, CA. Some idiot broke into her apartment, battered her and stole the Presidential Coin Obama gave her. She kept her head, armed herself with a hot iron in her bathroom until he left. Her coin was restored, she healed and kept. it. moving. Miss Betty will be 95 on the 19th, still at work. Tough lady. #blackgirlmagic

LOVE this! Thank you for sharing : )

Supporting an Environment that Reflects Absurdity – The Shell Book Review