10 Times Cosplaying While Black Was the Absolute Best

Cosplay is stereotypically seen as something that black people do not partake in. Many of the characters from video games, comics and graphic novels do not look like us. This can either discourage one from dressing up as a non-black character or invite criticism from onlookers. But the whole “Cosplaying While Black” movement represents a creative means of expression and appreciation for our favorite fantasy characters and it also happens to be pretty damn fun. Here are some of my favorites from browsing the web, in no particular order.

1. Shana of Jem and the Holograms

After Shana’s character was basically whitewashed for mainstream consumption (no purple fro, no Shana – in my opinion) in the Jem and the Holograms remake, I can definitely appreciate this. Truly outrageous. 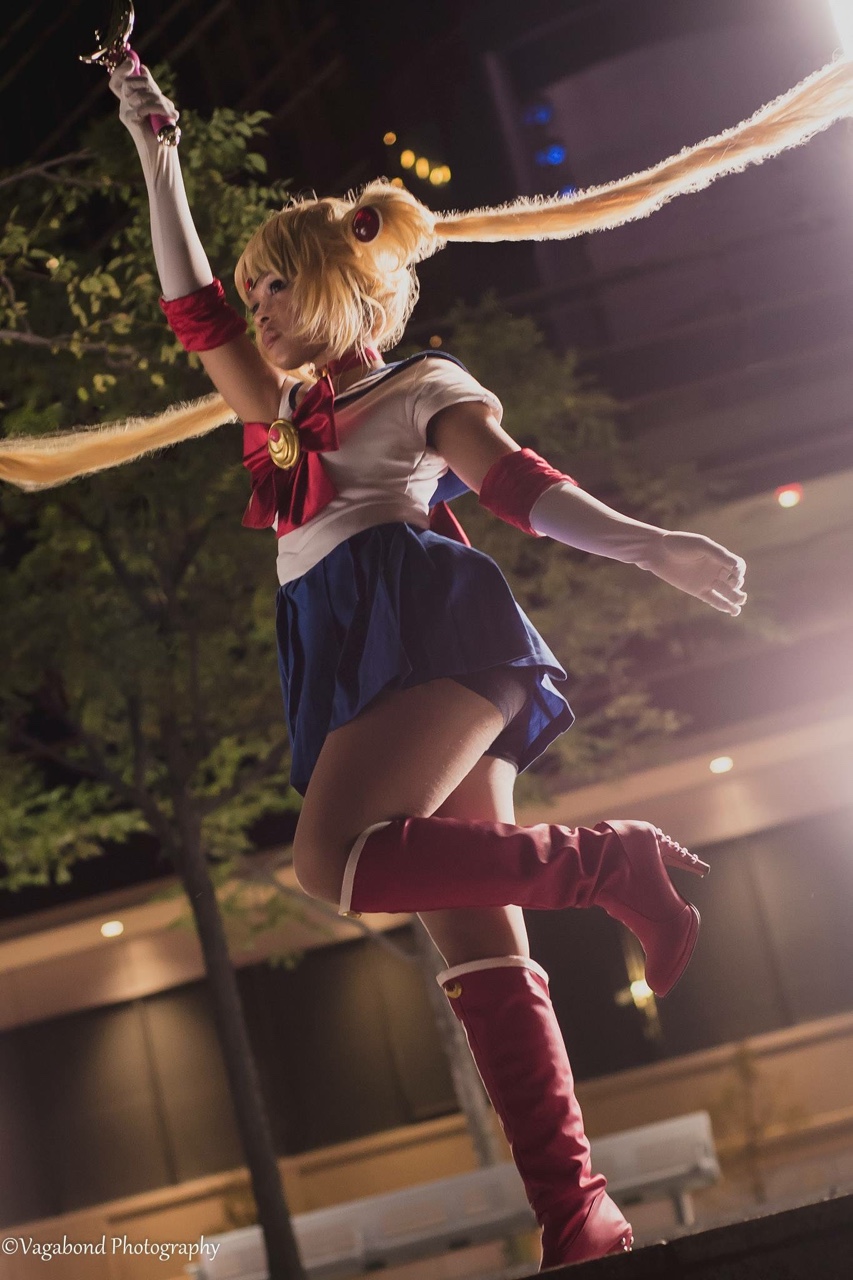 Sailor Moon is pretty much my favorite anime of all time, and this interpretation is spot on. “In the name of the moon, I will punish you!” 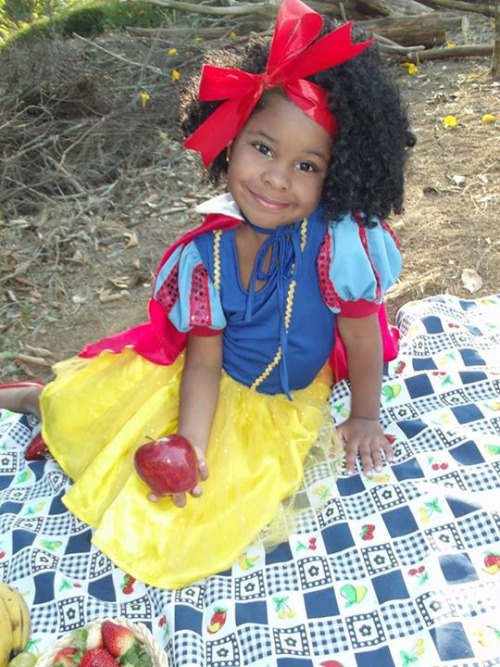 How amazingly adorable is this Snow White? And that hair! Is that a twist out? Braid out? The natural in me needs to know.

Who says you need straight hair to be Harley Quinn? Her locs look amazing and I love the red woven throughout. I can’t lie, this makes me want to dress up as HQ for the Suicide Squad premiere. 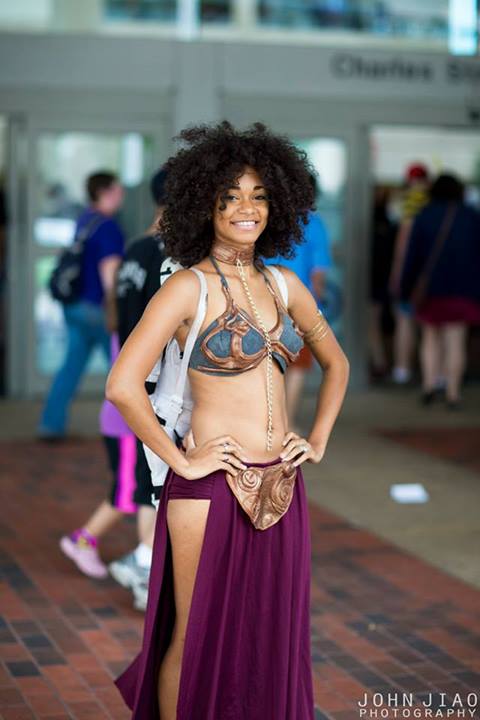 This beauty is slaying as Princess Leia. I only hope she stayed away from Jabba the Hut. 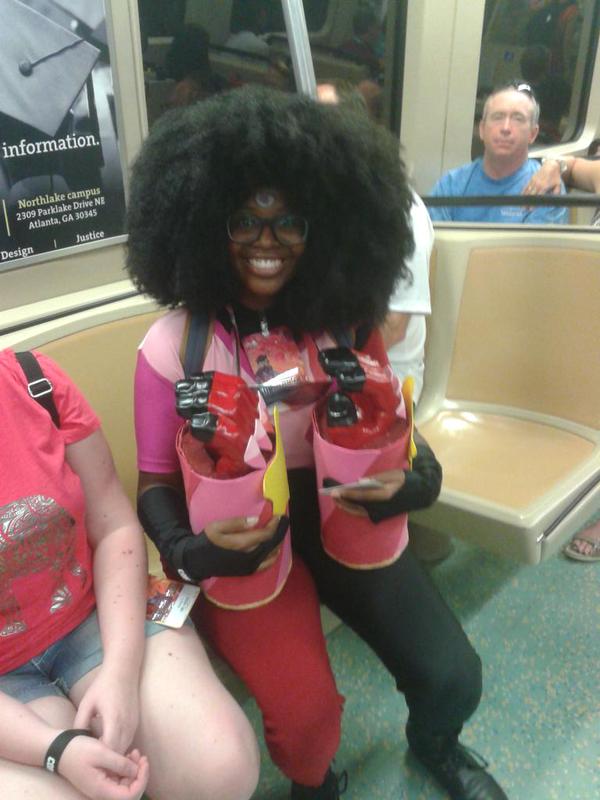 *Screams with glee* First…the hair. Honestly, I’m having a hard time getting past her gorgeous mane, but you can look her outfit and tell that a lot of thought was put into this costume. Excellent representation of Garnet!

If you’ve ever played Street Fighter, you’ve probably come across Cammy White. The character is a blonde haired, blue eyed, British woman, but as soon as I saw this picture, my mind immediately flash backed to me playing Super Street Fighter II and thrust kicking all over the screen. 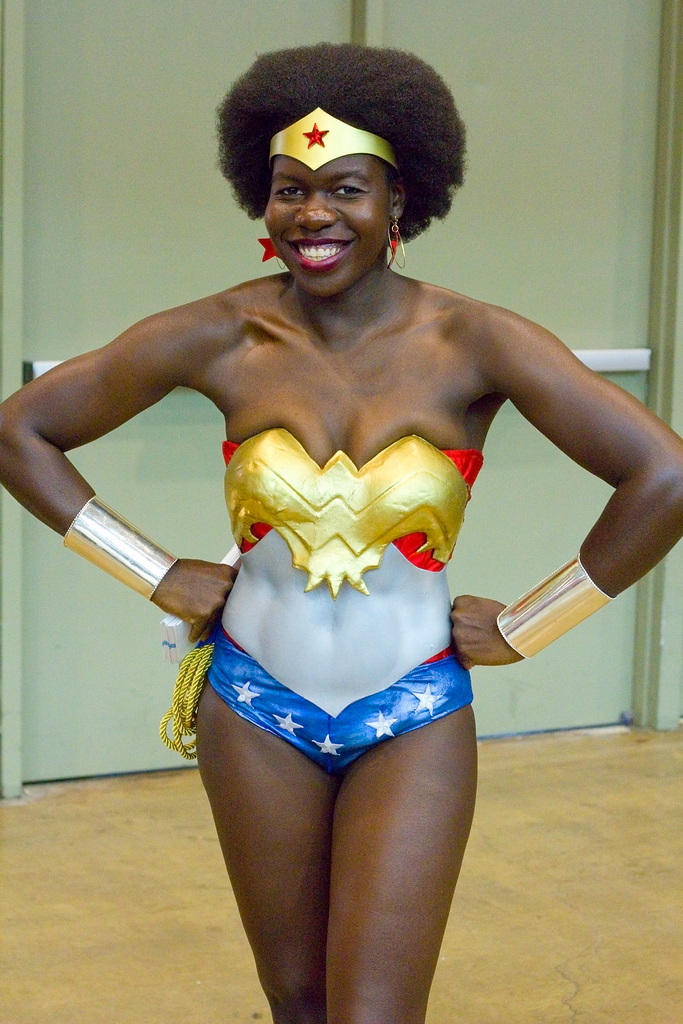 Wonder Woman with an afro? No problem. Perfectly executed, accessories and all. 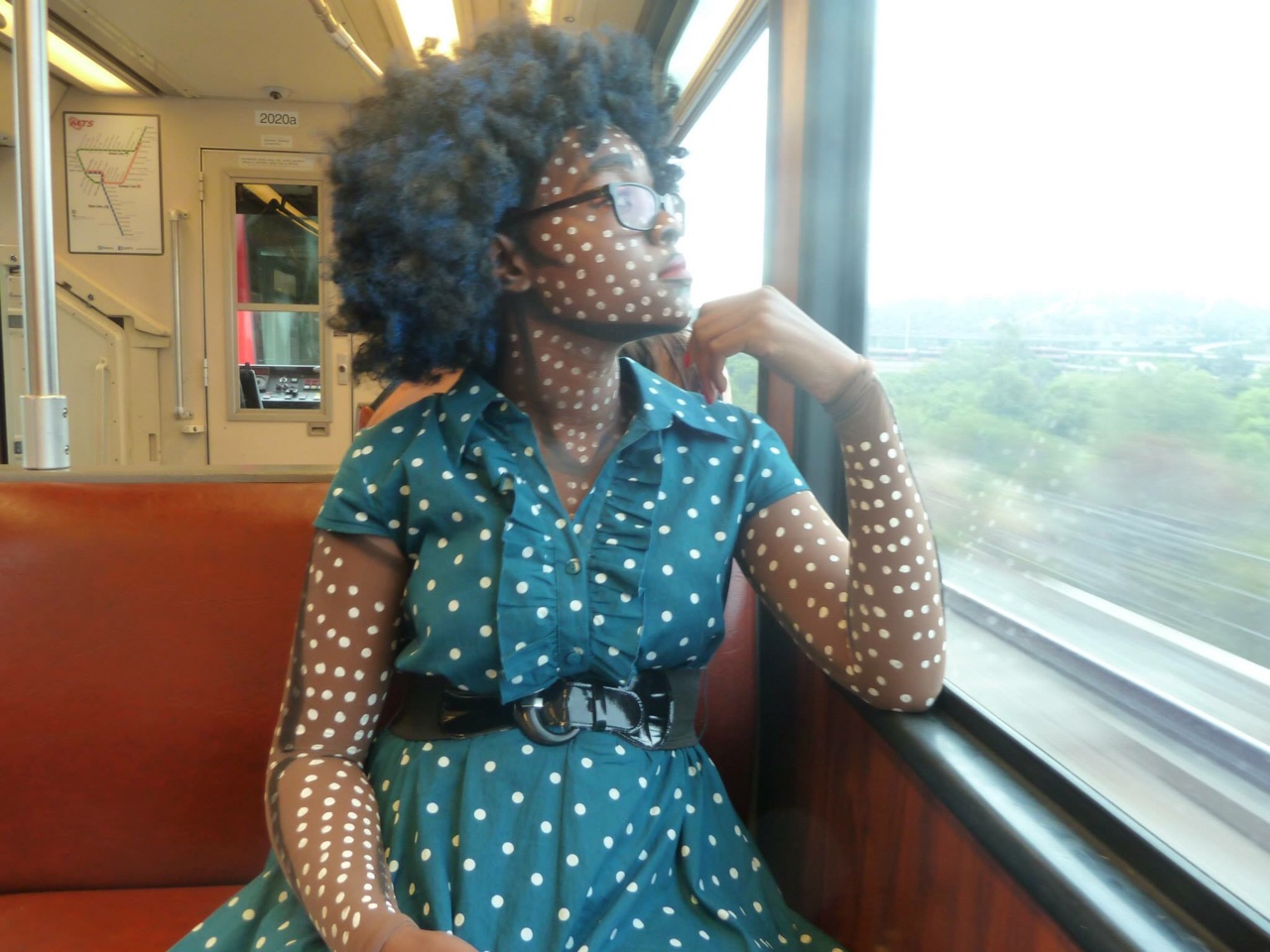 Definitely one of the most creative cosplays I’ve seen. Can you guess who she is?  So cool. 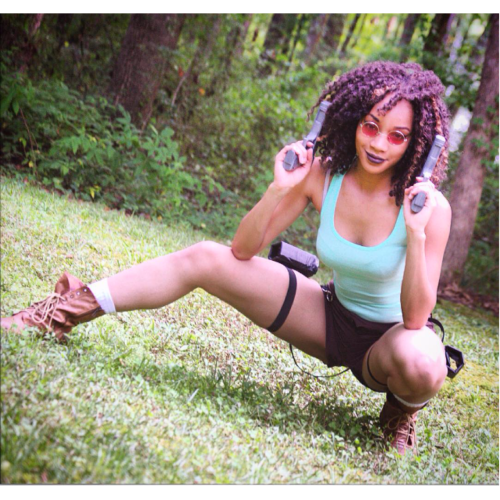 You don’t need the long braid to figure that this is the kick butt Lara Croft. Although, I’d be a little concerned about getting my hair caught in those tombs!

*BONUS* Not a live cosplayer, but I saw this print of the Sailor Scouts while I was browsing and simply had to share. So awesome! 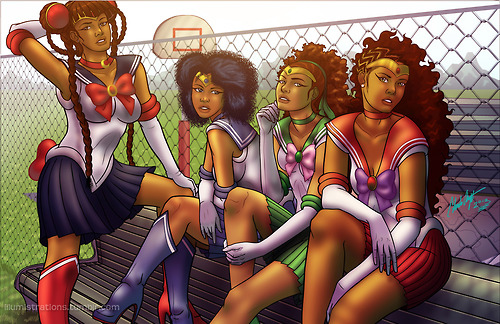 Also Shaquille Dent, an animation student at Cleveland Institute of Art, has been dubbed the ‘Black Goku’ for his spiky hair favoring Goku from Dragon Ball Z. Although Dent embraces the name, he says his hair is an everyday style, and not for cosplay.

Do you cosplay? These pictures have me looking up the next comic book convention in my area, but Halloween is right around the corner!

OMG, so cute. The Snow white is a brazilian girl. <3
I'm Brazilian too

Awesome! Here is a link for another cosplay/Halloween costume via Shamless Maya Gamora from

Guardians of the Galaxy https://www.youtube.com/watch?v=GeXiDrFlhcg&index=6&list=PLlycJPUEWY7FJm04InAazGExuTnx9qVZ-

These are so great. I love the Garnet one. It makes me wish I didn’t big chop so I could dress up as her.

AWESOME!!! I absolutely love anime and cosplay. I have always thought about dressing up but never had the guts to play a character that wasn’t black. This is inspiring and I definitely support. I loved all the pics.

Awesome! I love every costume!

These are great! One day I am definitely going to Comic Con.

Great list! Thanks for including my Shana! I only wish I’d gotten some better photos taken! 🙂