Does Hollywood Allow Dark-Skinned Black Women to Be Sexy? Viola Davis Says No 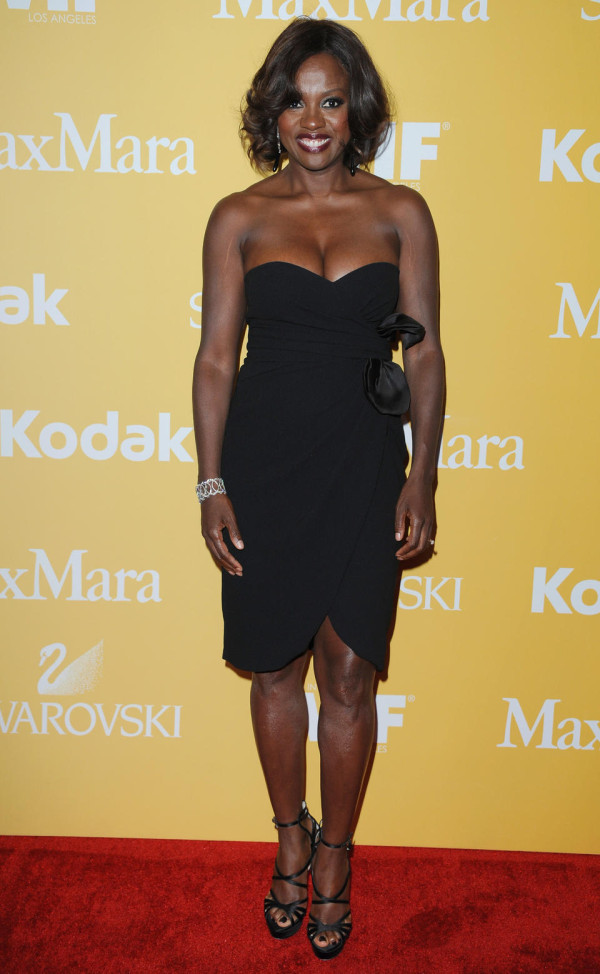 Oscar-nominated actress and leading lady of ABC’s How to Get Away with Murder Viola Davis has been making sure her voice is heard on the race issues in Hollywood.

In a recent roundtable with Entertainment Weekly, the New York Times article was brought up in which writer, Alexander Stanley suggested Shonda Rhimes autobiography should be titled “How to Get Away With Being an Angry Black Woman.” In that very same article Stanley referred to Viola Davis as “less than classically beautiful.” Davis later broached the topic of how her race and overall appearance played a part in the restricting her from certain roles:

“There were lot of things that people did not allow me to be until I got [the role of] Annalise Keating,” she explained. “I was not able to be sexualized. Ever. In my entire career. And here’s the thing that’s even more potent: I’ve never seen anyone who even looks like me be sexualized on television or in film. Ever. When people say they’re tired of hearing that, I always say, ‘Okay, well, you give me an example and then I’ll stop talking about it. But I’m gonna talk about it until you hear it.”

She is definitely on to something! Dark-skinned actress Mindy Kaling has faced heavy backlash for being the romantic lead in her eponymous romcom The Mindy Project.

Say it, Viola! We’re behind you and support you in using your voice to speak up on race in Hollywood when many fall quiet.

What do you think will be the catalyst for change in the media for roles played by black women?

The catalyst for change are more black writers creating these roles for black women. No one else will do it because they only see them one way. Very sad.

I can definitely see her point. Mainstream Hollywood usually don’t portray dark skinned black women as being in charge of, and embracing their own sexuality. My hope ultimately is that we can be shown in a wide range of ways since we are all so different. I would hate to see black women suddenly only being portrayed as hypersexualized without self control or morals, like we are animals… Can go either way.

What happened to her taking off the wig?
Just curious.

Its not just for writers to write roles for black women but for those in charge of casting to do more than consider a dark skinned black woman for a sexy/ femme fatal role.

I love Viola and agree with what she’s saying. Black women are often de-sexualized so it’s nice to see her in a role where she can be a full woman.