Meet the Jamaican Maroons. They are the descendants of African slaves who formed free settlements in Jamaica’s mountainous interior during the slavery era. 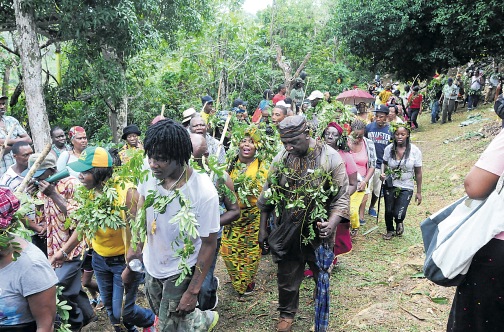 Maroons Performing one of their Rituals (Source)

As early as the 1600s, Maroon communities throughout the Americas were able to flee slave owners and form their own free settlements. 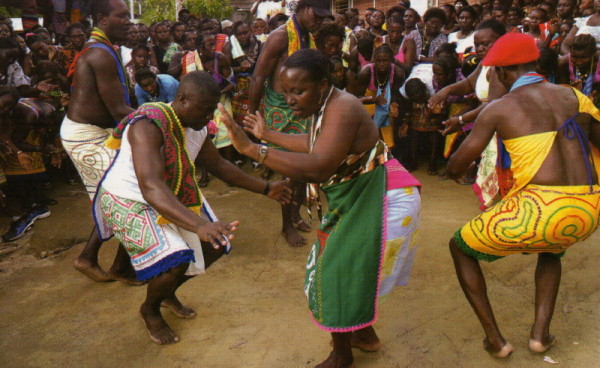 Jamaican Maroons are perhaps most notorious for surviving countless threats to their sovereignty, and rebelling against British rule by frequently raiding plantations for food and weapons and freeing other slaves for a period of over 150 years.

The legendary Queen Nanny (also known as “Granny Nanny”) and her Maroon brothers Cudjoe, Accompong, Johnny and Quao all went on to form their own Maroon communities, fighting and defeating the British every step of the way. 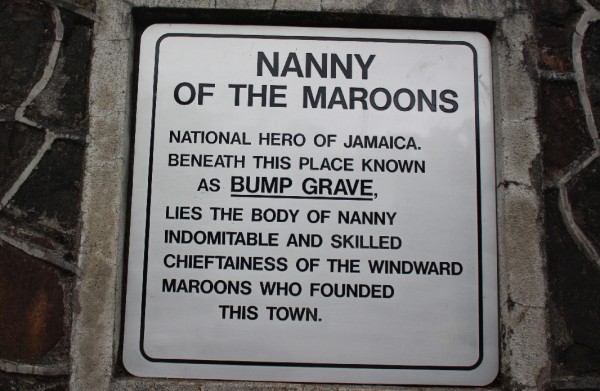 In 1976, the Jamaican government declared Queen Nanny a National Heroine, and her likeness is featured on the $500 Jamaican bill.

Today, Jamaican Maroons continue to live separately from mainstream Jamaican society, choosing to live amongst themselves, safeguarding their culture including their language, Kromanti. Maroon settlements can be found in Accompong Town in St. Elizabeth, Scott’s Hall in St. Mary and Charles Town and Moore Town in Portland.

Learn more about the Maroons in these videos:

We’d love to hear your thoughts about Jamaican Maroons below!

Some of the names sound so Ghanaian. Cudjoe is the name for Monday’s child (male) and exists in various forms (Kojo, Kwadwo etc) from the Ivory Coast to Togo. Accompong sounds so much like Acheampong which is Akan and Quao also sounds very similar to Kwaw (also Akan). I found this article fascinating.

Oh my goodness yes! They *are* Ghanaian names, I had a friend born in Jamaica called Cudjoe, and she managed to trace her lineage back to Asanté tribe in Ghana.

You are right.…A lot of Jamaicans’ ancestors came from Ghana…The Ashanti.…..With some other African ancestry.…Nanny was actually the strategist…she planned the attacks against the British and her brothers carried them out.….The Ashanti are actually celebrated in a number of Caribbean countries because they were the troublemakers.…I.e…they never settled for slavery.…they always fought.

Well one of the great Ashanti war cries is “wo kum apim a, apim be ba”, which translates as “if you kill a thousand of us, another thousand will take our place “. They have a never give up mentality and a strong sense of their own identity so I suppose it’s remarkable but unsurprising that they and others like them fought and won their freedom from slavery all over the diaspora.

This is an old response but I should mention that it is only a percentage of Jamaicans with Ghanian ancestry, not all. There are others with Yoruba ancestry, Igbo ancestry, Congo ancestry (i.e. the Kumina practice), etc. etc. I believe the “Jamaicans are Ghanaians” thing is just an ongoing assumption — you know, get enough people to say it and it becomes real. But it isn’t. Even in Patois there are Yoruba words and words derived from other African cultures, especially in the old, deeper, untainted patois.

The population of Maroons also exists in South America, especially in Suriname and French Guiana(my country) . There are several tribes of Maroons such as Djuka, Bushinengues, Saramacas etc . They are called in French “Noirs-marrons”. That reminds me that we are all the same,our roots are the same too despite we all come from differents continents… .

We are not from different Continents.

Lovely, I understood the krumanti and the the old spoken jamaican sound like oir language in Surinam, where we also have loads of rumawaya and perseved language and culture. Surinam is actualy the only country in the american that had perseved most african and native american culture.

this is so cool. Nanny is my new hero and these are the type of “slave” stories that should be made into movies if any. strength, intelligence, a warrior’s spirit helped keep an entire group of people out of the white man’s clutches and I love it.

Man I am really digging these articles! Learning a lot. Thank ya’ll at Bglh.

Feeling really ashamed right now that I didn’t know about this before. Thanks for sharing BGLH!

I’m pretty sure Maroons settled in other parts of the Caribbean. We need to refrain from calling our Ancestors slaves. It is so degrading. How about kidnapped people.

“The Jamaican Maroons fought for their freedom from enslavement but their actions made it clear that they had a provincial or parochial view of Afrikan emancipation. They were freedom fighters in this limited sense. But from the perspective of runaway enslaved Afrikans who were returned to the plantation as well as those whose rebellions were crushed by the Maroons, they could only have been seen as collaborators or agents of slavery in Jamaica. Based on the experience of the rebels in the Morant Bay Rebellion and the non-participants who were victimized by the Maroons, the latter were traitors to the cause of Afrikan liberation.”… Read more »

Great article but not all Maroons were formerly enslaved Africans. My great grandmother was a Maroon and she and the community were very adamant about the fact that we were the original/indigenous people there. That is why our people knew the terrain and ‘bush’ of Jamaica (and other Caribbean/C&S American counties) so well.

I LOVE finding out about hidden history. Thanks you for your time to make this article.