The Pollera is a traditional Panamanian dress worn during celebrations. It is mostly white in color and worn with a hair piece known as tembleques, elaborate make-up is applied and gold heirloom jewelry. The garb is beautiful and Afro Panamanian woman wear it with pride. 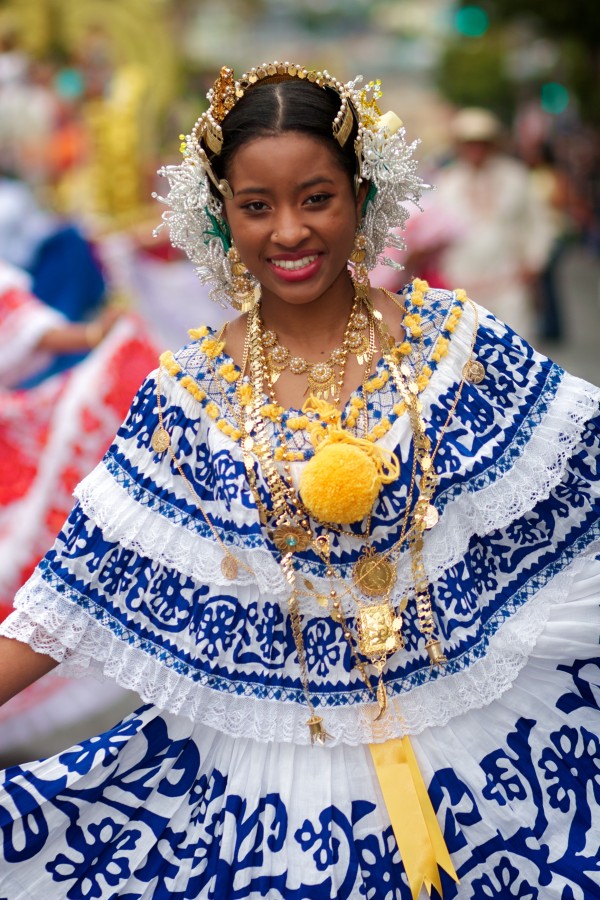 Afro Panamanians also developed their own version of the Pollera called Pollera Congo. It features a colorful skirt, no tembleque hair pieces, minimal makeup and no shoes. The Pollera Congo was developed as a form of resistance to Spanish slave owners:

“In negotiating, navigating and outright rejecting the systems of slavery (as many slaves did throughout U.S. Caribbean and the America) the Congo developed their own dialect, dance and and wore their clothes inside out to confuse their slave masters. The style and nature of the clothing worn were an intentional mockery and rejection of the attire of the Spanish slave owners.  In fact the songs and dances performed are often those of early slave resistance movements.” 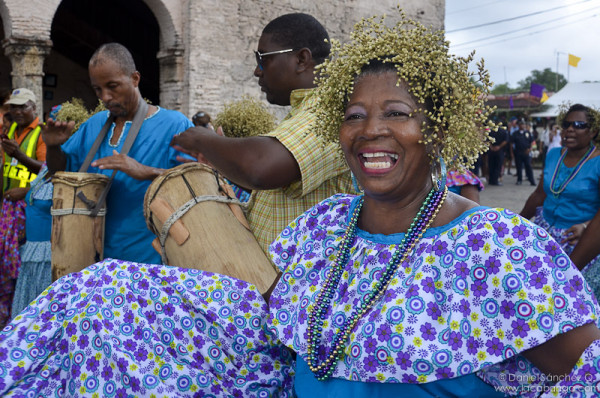 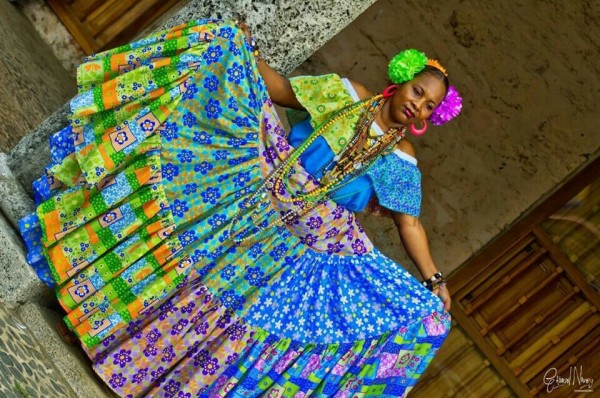 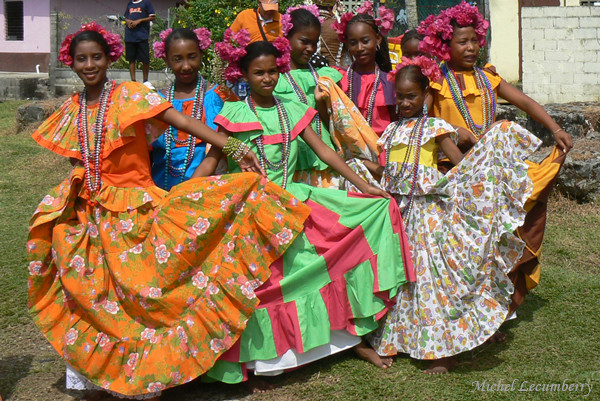 Although both the Pollera and Pollera Congo were born out of Panamanian history, in January 2013 Pollera Congo-wearers were one of 8 groups blocked from participating in the National Parade of 1000 Polleras.

Are you familiar with any Afro-Panamanian/Congo traditions?

Vibrant colors everyone looked so pretty. I read an article in Essence about a young lady who tried to have her Panamanian mom teach her Spanish as an adult because she didn’t learn it as a child. Beautiful culture.

I’m guessing the language the young lady wanted her mum to teach her is more a dialect of an African language and Spanish. Although slave owners didn’t want us speaking our native tongues they also didn’t want us fully conversed in their European languages hence denying the Ancestors THEIR education. It’s interesting to see traditions like this one passed down from generation to generation and important to teach the origins of them.

its not supposed to be a mockery of anyone. its meant to emphasize the blackness. ive even seen “white” congo dancers with their faces painted black (theres a congo character that traditionally is painted black). keep in mind that “blackface” in most other places doesn’t have the negative racist connotation it has In the states because of minstrel shows. here in Panama, I’ve seen non-black celebs get painted brown when Imitating black celebrities without causing much of an uproar. In the Netherlands there is a Christmas tradition involving painted black faces.

Thank you so much for posting my photo (2nd one)! 🙂

These pictures, these beautiful colors I remember my beloved Brazil!

My daughter visited Panama a few years ago and still talks about the beautiful Black women of that country! 🙂

I just watched the video and didn’t feel comfortable seeing blacked up faces. Wasn’t this display meant to be a mockery of the Spanish and not of the African ancestors?

Beautiful people and beautiful culture. I would like to know more about the Garifunas from Honduras and Belize. Thanks you BGLH! 🙂

PANAMA! Thanks for posting! Proud to see my mom’s country here! ^_^