BGLH Worldwide: Exploring Black Culture in Sao Paulo with the Ladies of CATSU

Black Girl Long Hair is on the road and making friends with naturals along the way. This week we’re in Sao Paulo, Brazil! I met up with two talented girls Lidia and Catarina, who are 2/3 of the Sao Paulo-based creative team, CATSU. We headed to the Museu Afro Brasil where the girls enlightened me on what it means to be a black girl in Brazil. 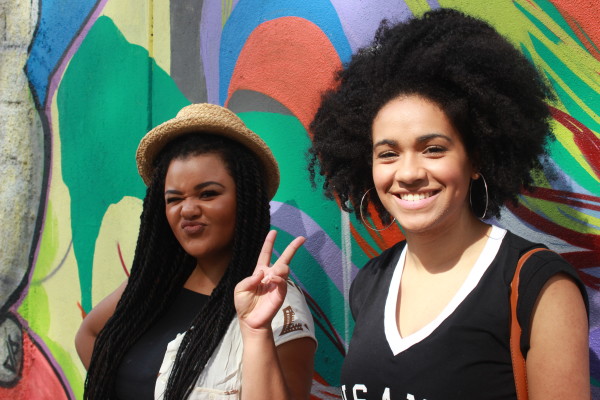 What is black culture like in Brazil? How do you think it’s different from the USA? Is there anything that you think is the same or carries over?

L: We believe that our culture is a result of what our country is: a mix. Because we have so many influences, we mixed what we considered the best  with our inherited culture, and adapt to reality. Our country lives on big social media influence and aesthetics of European standards, but black people that believe in their race in our society always sought out representation references in fashion and in black American music. Films, cartoons and serials that came on TV [in Brazil] such as Fresh Prince of Bel Air, My wife and Kids, That’s So Raven, Kenan & Kel, Everybody Hates Chris, Barbershop, White Chicks, Bad Boys, Super Shock and more also provided a source of representation. This combined with our folk influences from the North and Northeast, Samba and other cultural and gastronomic references (i.e. Brigadeiro, feijoada, paçoca, etc.) also found in southeastern Brazil (which also is where the largest concentration of black people reside) there is the amalgamation of everything that makes us unique and different from places like Africa and United States.

Do you think there is a lot of importance put on hair in Brazil?

L: Yes! Women here grow up placing a lot of importance in hair care. But I think there’s still a lot of  change that needs to come. We sell and buy a lot of hair and our products only really suit those with straight hair. We still have a big issue finding hair products that cater to black hair that don’t promote the technique of smoothing the texture or decreasing its volume. Products have since increased in range, but the market is still very shallow. Importing products for black hair care is not economically for all.

C: Not always. I heard reports that in the 80s, most women with frizzy [curly, textured] hair, had to straighten it to go to work. As if it were synonymous with someone all dressed up in some corporate work (like business, politics, medicine, advocacy). However, at that time, smoothing techniques were poor and I believe that caused even more damage to the hair. But over time, the specialized industry was growing to provide better attention frizzy hair. 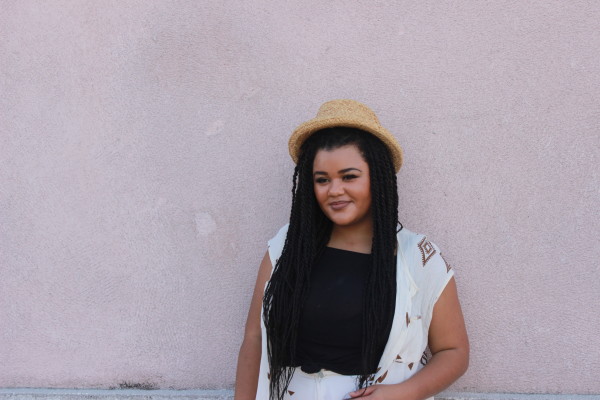 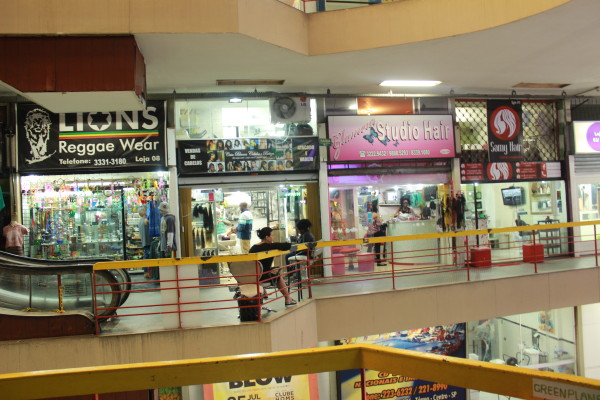 Galeria de Presidente: a flea market style arena of shops and salons where much of the black population of Sao Paulo patronizes

Has natural hair always been widely accepted in Brazil?

L: Now there is greater significance, but it’s still shocking to some people. Because of fashion trends, environmental impact and social behavior, people have opted for the choice of wearing their own natural hair without chemical processes. Many people assume that it became cool to wear natural hair because it’s trendy. However, I’m glad because the natural hair movement allows people to see their hair can be just as beautiful as any other hair type. 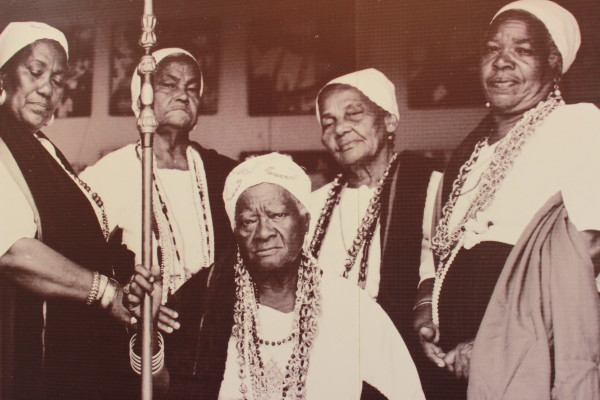 Is there a strong connection to Africa in Brazil?

L: Yes! Cica Pereira, a student at University of Sao Paulo stated, “Brazil, demographically is a country with the highest percentage in territory of African descendants outside Africa, almost 60% of the population. However due to a history of neglect and structural racism, a whitened image of our country based on Eurocentric ideals is sold all over the world. The Southeast, North and Northeast have the highest percentage of the black population.”

Lately, we have seen a lot of native African immigration here, including Sao Paulo. There is a large concentration of Africans in the region of the Republic, where there is a large space to sell and spread more of their culture such as handmade pieces, fabrics, accessories, hair, braiding services, music, clothes and the like. 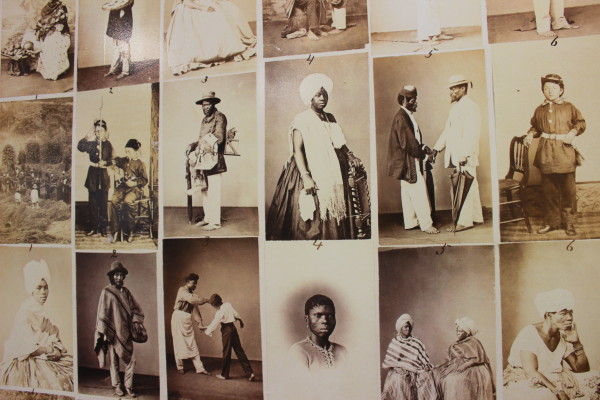 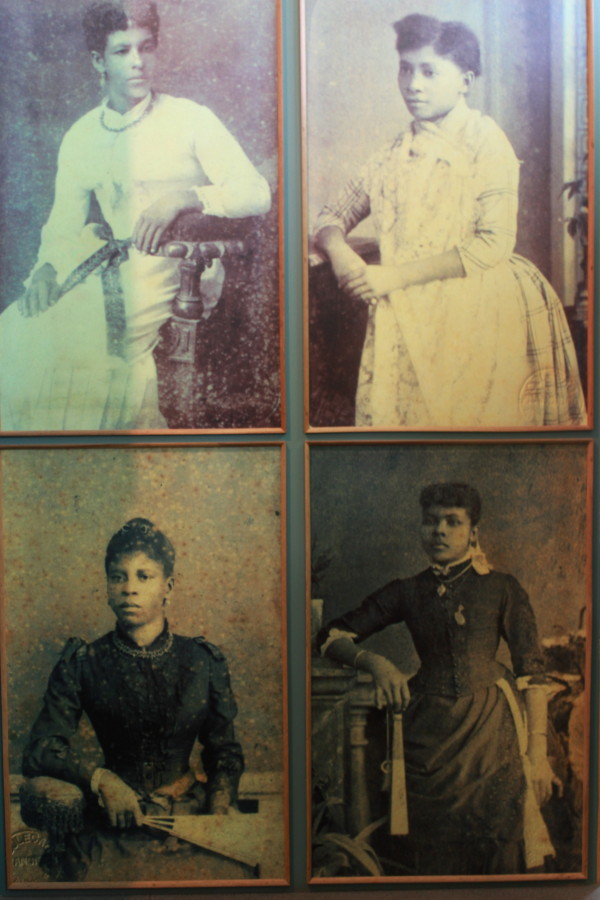 What is something you think people should know about black culture in Brazil?

L: That she exists and she’s alive. We absorb the best that our roots gave us. What sets us apart is in our image of both tropical and regional cultural references.

C: I believe education [of Afro-Brazilian history] should be more thorough in schools. Since most of us Brazilians are descendants of Africa, we had to find out more about their past, the improvement of their culture and not exclusively at the time of slavery in Brazil. I think there were many interesting things in theAfroBrasil Museum, that I think could be shown in schools. 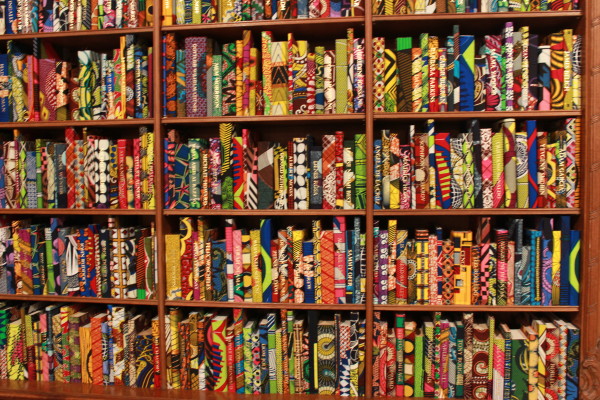 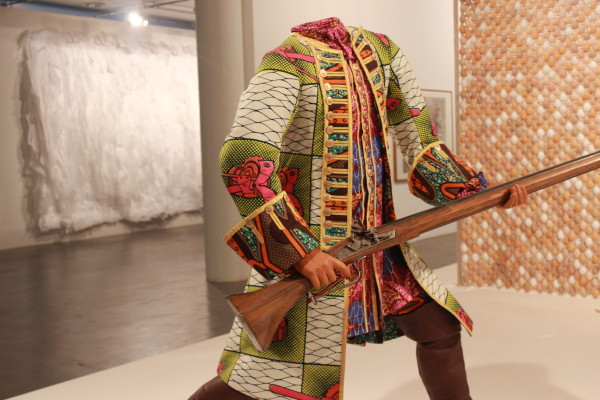 How did CATSU get started?

L: I think it was by chance. Suyane has always loved the fashion world and had the opportunity to do some styling work on production sets. She soon after met photographer, Catarina. She admired Catarina’s eye for photography, so she began to call her to shoot tests until they came up with their view about Brazilian fashion which mainly focused on street fashion.

C: Since we were not able to join another creative team in the area, we saw that as a great opportunity to gain some knowledge on how to conduct our own editorial shoots. We were doing one shoot after the other until we saw that it could be something else.
As the project grew, eventually covering other styles beyond streetwear, we called Lídia to do a photoshoot. Lídia being a fashion student and having a considerable arsenal of self-designed pieces, custom pieces and thrift store finds, left a great impression on the us and we invited her to participate in the project by orchestrating style direction. 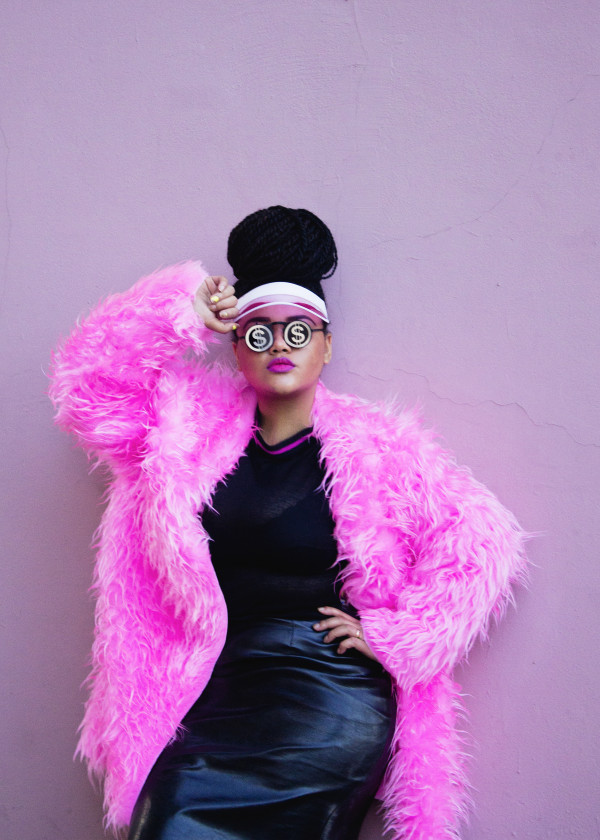 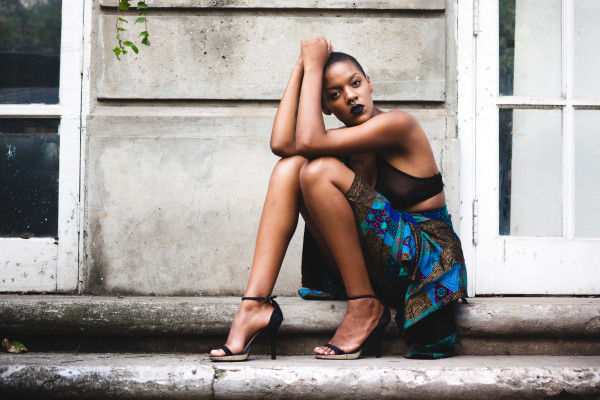 What do you think makes CATSU stand out from other creative teams?

L: What highlights us is the simple fact that we aim to create photoshoots that tell stories.  The shoots should tell you about people, where they came from, why they do what they do. We build on top of editorial stories or with stories we create an editorial. I believe this is a plays a large part in our originality.

C: We don’t limit ourselves to only running a photo essay. Through them, we try to show the references that inspire us (and also we can serve as a reference), and showcase the stories of the person photographed so that our readers can choose to identify with our subjects themselves.
And we always support projects or brands that are just starting out. We like to help them grow and this helps us grow as well. 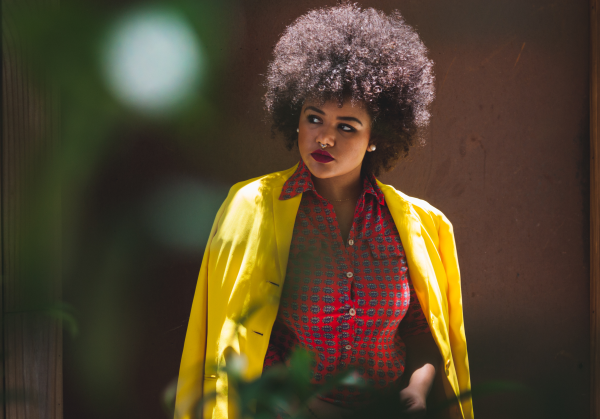 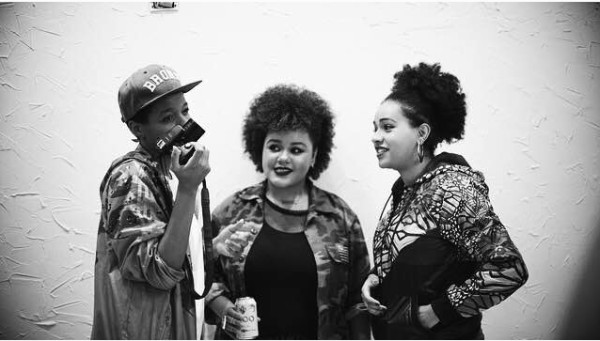 Were you surprised to learn what life was like in Brazil? Where do you want to see BGLH travel next?

Stunning and intelligent ladies. Keep up the good work.

Amazing! I love these cultural pieces,can BGLH travel to Spain next?

I really enjoyed reading that article!

I can’t believe that you are in Brazil!! OMG!! Where I find you?!?!?!
You all are my favorite natural hair bloggers!
The best ever!!!!