We first discussed the Vixen sew-in last fall in “Why the Vixen Sew-In is the Next Best Thing for Weave-Wearing Naturals”.  If you want to read more about the sew-in technique, definitely check out that article.  Meanwhile, this article will discuss the trend of Vixen crochet braids! 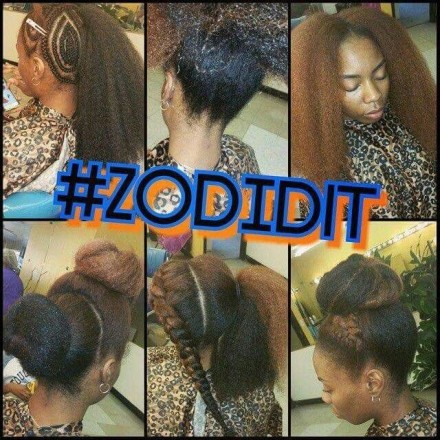 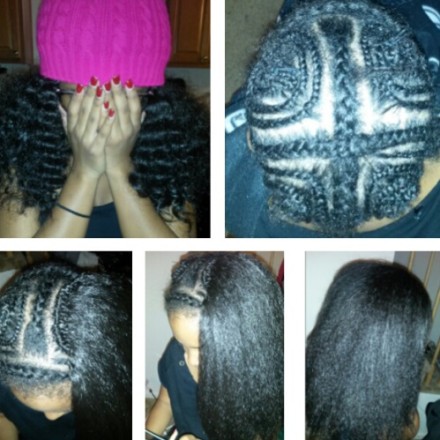 Do keep in the mind that because more hair is left out, more tender loving care may be needed.  However, some ladies have managed to combine the Vixen and knotless technique to avoid leave outs. 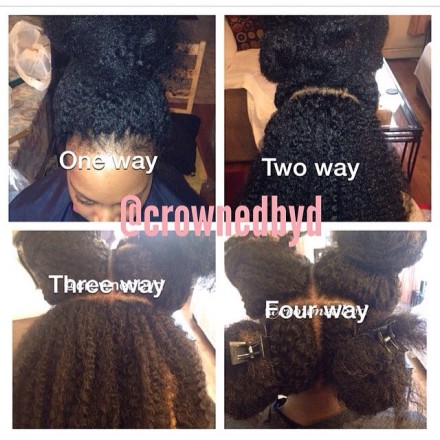 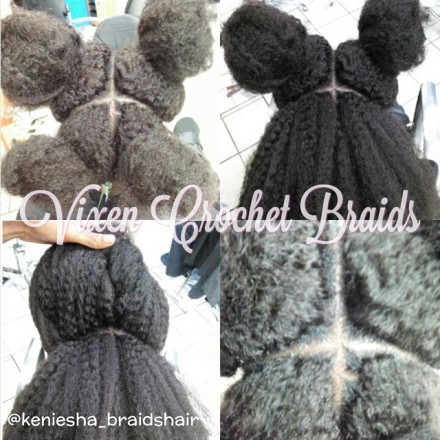 If you’re interested in learning how to install Vixen crochet braids, here is a thorough video tutorial:

Have you tried Vixen crochet braids?

vixen crochet braids look very natural, but I must say, the spiral braids with the crochet tuck look absolutely beautiful.

Looks like something I’d leave to the pros. I’ll stick to my one braid pattern that works: all up them going up into a braided pony–my hair’s now the length of my extensions so I can’t do cornrows going straight back without an awkward bump at the nape.

It took me YEARS to figure that out, no need to rock the boat, lol!!

Does anyone know what type of hair is used for the natural braids?

I gotta be honest, as a woman who is diligently putting in the WORK to grow long, healthy natural hair, its annoying that so many people are “faking it.”

Me
Reply to  lauryn

If you’re happy with your own results, why does it matter what anyone else is doing with their hair? Some people just don’t care for or about the work, the journey, or even the “naturalness,” but they do appreciate the look, and that’s ok.

You really shouldn’t let it annoy you. Also, getting crochet braids does NOT mean that someone is less diligent than you in their hair growth. I wear my hair and my fine type 4 lets me know when it need a rest from handling. I also have hair that grows slower in some areas and needs extra gentle care and sometimes added hair. So, people have different reasons for wearing added hair. Some for added styling versatility and some as another means of protective styling.

Do you think the same about the black women everywhere who are ‘faking’ straight hair with relaxers and weaves from Asia? How does crocheting negate ones ‘diligent’ ‘work’ to grow hair?

I gotta be honest, as a lifelong natural, teased constantly growing up for not having relaxed hair, its strange to see women who probably were previously relaxed tout natural hair as if its sacrilege to add any extra hair. Some new code has been established apparently that I wasn’t made aware of.

Why let what others do affect you? That’s your problem, not theirs.

“faking it” as you say is part of the work for some to grow long and healy natural hair. I have always stayed away from braids or weaves growing up but the first few years I was natural my hair was just not growing and now that I started putting twists and crochet braids in my hair its growing more now than it ever has.

Lord, please let’s not do that here. Its a protective style get over it, they’re growing their hair too.

i used to think of it that same way, but then I realized, hair styles is an artistic expression of one’s self. So if they want to add on to make their elaborate styles… who am i to judge? Regardless, its beautiful, they’re using afro texture, coily texture, .… plain african texture. This is progress!!

You need to focus on your own growth. Hair growth and personal growth. Ashe Sis.

Is there an RSS feed link that would allow me to read articles without all the extra things happening on the page? I can barely scroll an article all the widgets slow my browser down so much.

[…] 1: Pick your braid pattern! I personally chose the vixen braid pattern, since it is extremely versatile and allows for my favorite, a middle part, and most importantly […]

My Crochet Braid Experience as a Mixed Girl | brittwd

[…] 1: Pick your braid pattern! I personally chose the vixen braid pattern, since it is extremely versatile and allows for my favorite, a middle part, and most importantly […]

hye there. i live in mauritius but i have no idea where to buy vixen crochet braids or where to get it done or the number of packets ill need to get it done.….please help;).

This is so deceiving lol.