The Forgotten Cowboys and Cowgirls: 10 Photos of Black Americans in Cowboy Culture

Photographer John Ferguson, set out to chronicle the oft overlooked lives and culture of the black American cowboy in photos as a part of his documentary, The Forgotten Cowboy. Ferguson traveled through Texas, Louisiana, Mississippi, Arkansas, Oklahoma, and back down to Texas to film and photograph black cattlemen, professional male and female bull riders and cowboys working in local communities. 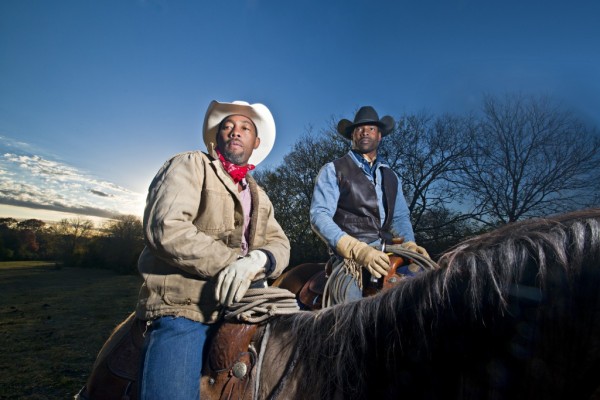 The Boot Hill posse, Jason Griffin(right) and his best pal Dennis Merrell, on their way to rounding up the stray horses and cattle on the ranch. 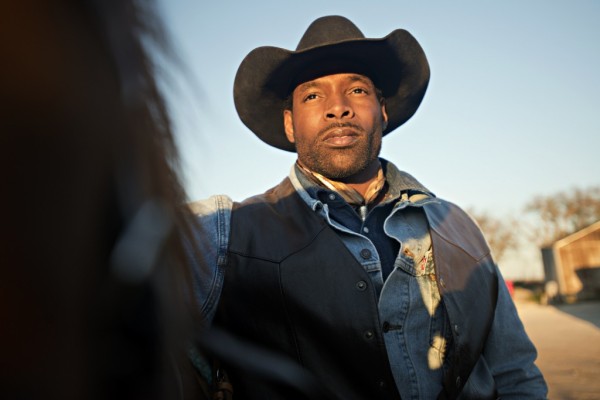 31 year old part-time bucking horse rodeo champion Jason Griffin photographed on his homestead in Dallas, Texas. Jason works with a local electricity company but is hoping one day to become professional rodeo rider and competing all over the States. 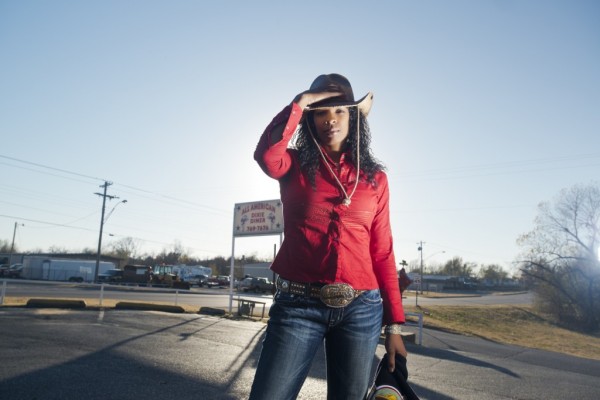 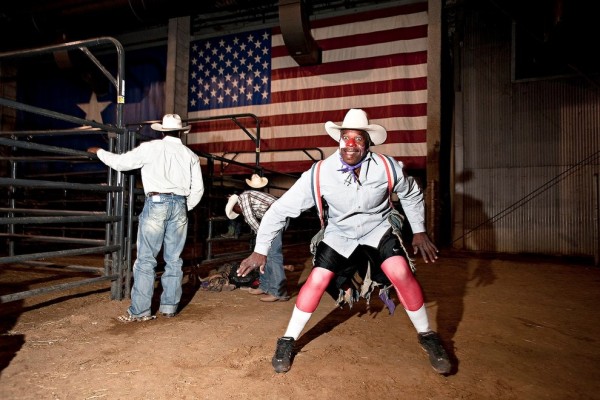 Marvin Hayes working as a bullfighter, making sure that none of the contestant come to any harm whilst bull riding.
Marvin was photographed at Cowboys of colour rodeo in Mesquite, Texas. 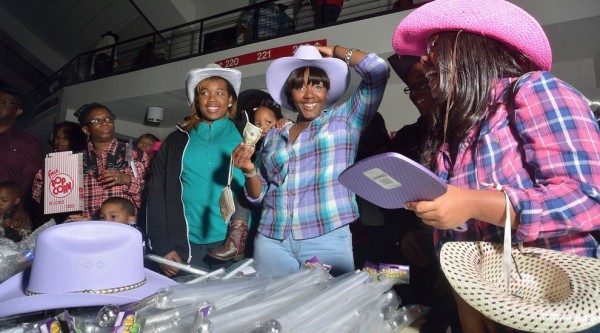 Ferguson states, “It is estimated that as many as a third of all cowboys contracted to drive cattle to markets across America were either black or Indian.” 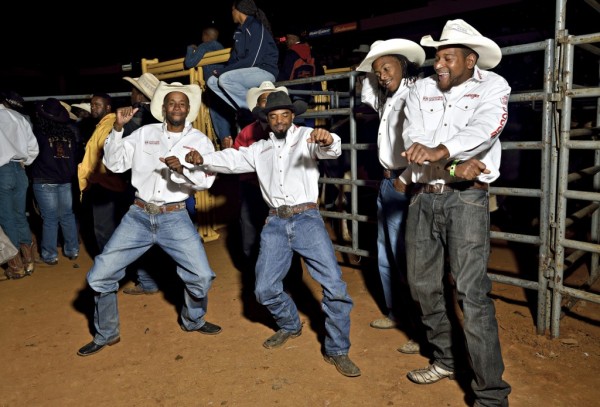 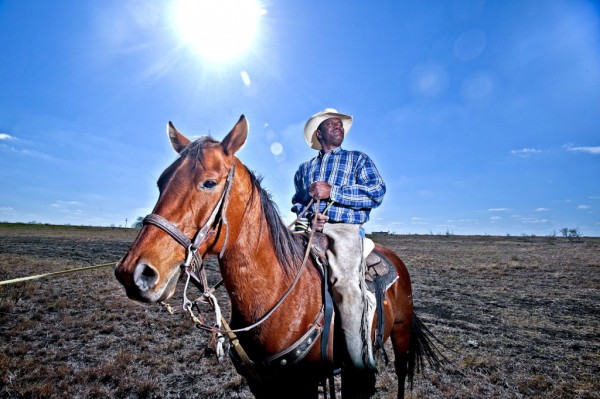 Chester who along with Clarence Holder, works various ranches in Waco Texas. Chester as been a professional cowboy for over thirty years, working as a freelance Cowboy, he works with a small team of professional cowboy’s work cattle and other livestock for ranch owners in Waco and the surrounding areas. 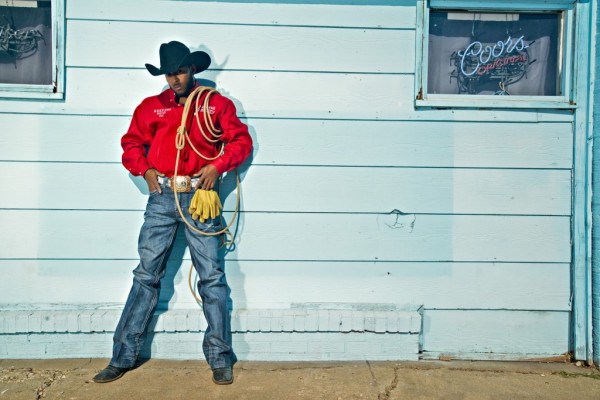 Tory from Oklahoma City is one of the best up and coming all round rodeo cowboys in the US. 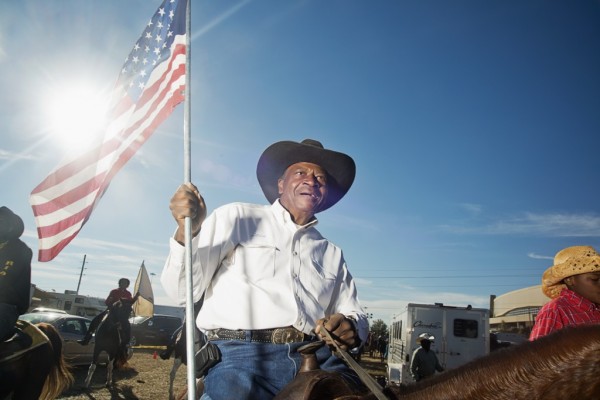 “Many black cowboys from communities across the US were banned from competing at the main rodeos right until the late 1980’s,” stated Ferguson. 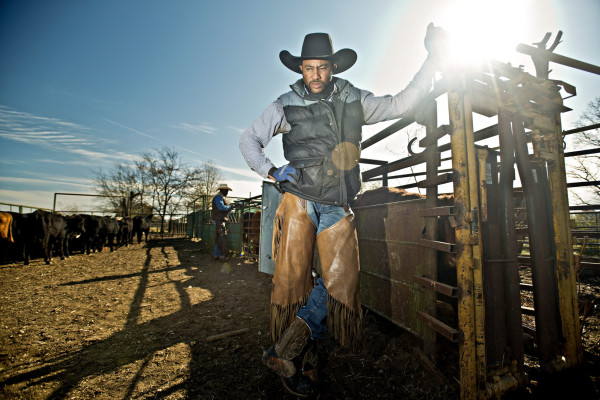 Cowboy foremanTim Cook working on the E4 cattle ranch in Houston, Mississippi. Tim is a professional cowboy, he and his small team of professional cowboys work the cattle and other livestock for ranch owners in and around the surrounding areas. 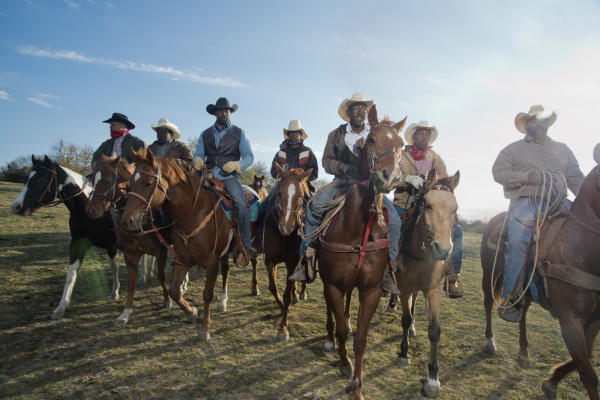 The Boot Hill possie, Jason Griffin(left) and others, on their way to rounded up the stray horses and cattle on the ranch.

Watch the Trailer for Ferguson’s upcoming documentary which documents the life of the black American cowboy.

The film seeks to address the “underrepresentation of black cowboys and cowgirls in the mass media, despite African-Americans accounting for roughly 25 percent of all cowboys throughout the profession’s history.”

“These are things that, if you don’t know, they go on unseen,” Kevin Woodson, a retired bullfighter and MC of the Cowboys of Colour Rodeo, said in our films trailer. “You’ll have black people that believe, ‘that’s odd for us to do.’ No it wasn’t.”

What do you think of the film? Are you familiar with black cowboy culture? Is it prevalent where you live?

What does that have to do with natural hair?

When she put out the email that they were making changes to the site she mentioned that she wasn’t going to just add more positive things about blacks in general as well as stay on natural hair.

They posted in a previous article that they’re branching out.

I’m glad your putting it out there seeing how the first Cowboy was African American. This is basically my life. My family even owned a Rodeo once upon a time. =)

Black people can do (and did) any and everything. Not one thing is unusual.

Tabatha, you are so right. The Anglos herding cattle called themselves cattlemen; and called the Black men herding cattle ‘cowboys’. The ‘cowboys’ did their jobs with such skill and flair that they were the talk of the town wherever they went. The ‘cattlemen’ wanted some of that shine garnered by the ‘cowboys’, so what did they do? …Class, can we say appropriation …they started calling themselves cowboys too! Boy, I tell you, Black folks can’t have nothing! 😉

I loved westerns as a girl (rather, until I was in my 20s and could no longer afford premium cable). Here is another intresting link along these same lines: http://www.nps.gov/yose/learn/historyculture/buffalo-soldiers.htm I was one of only two black kids (both girls) at my science camp when I was a high schooler. There was a great and very thought provoking piece today on MN public radio that really touched me. It questioned why many black Americans don’t visit National Parts (for me it’s simply a matter of being underemployed and not having a car/drivers license). I really appreciate that this site has moved… Read more »

My Favourite Music video | A2 Media

[…] She also shows the Black Cowboy Culture, Which is Still Going Strong in the South […]

I find cowboys of all colors to be very sexy.