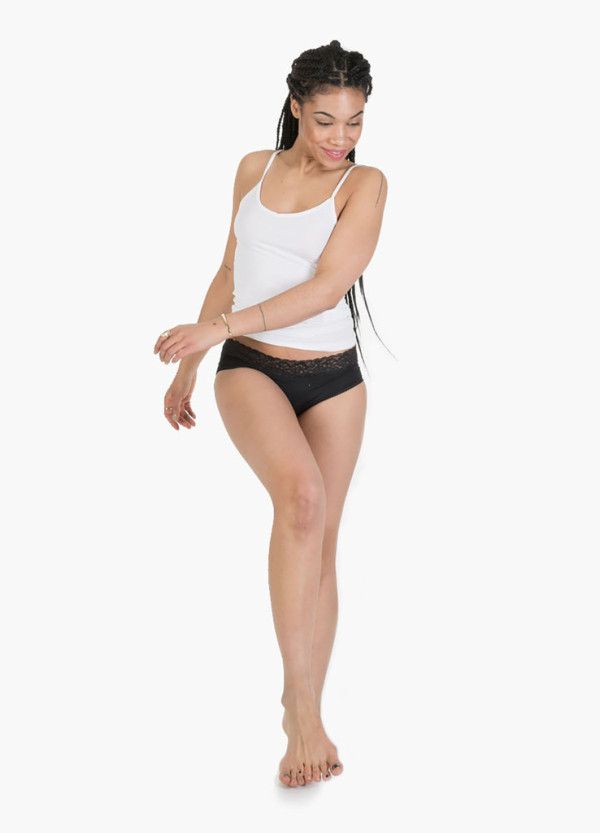 A new line of underwear called THINX has come out, and it isn’t just any old panty line. The underwear is designed to be worn while on your cycle…without any additional protection. Now, the company only recommends this on your lighter flow days, but says that some women have been able to wear them their entire cycle.

That’s right. No tampons, no bulky pads and no complicated cups. Just one pair of panties. 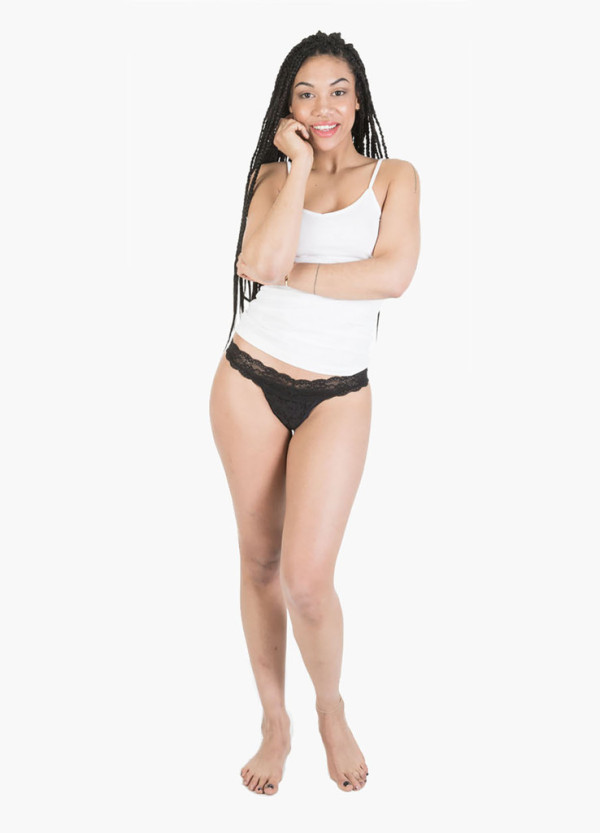 Yes, they even have thongs.

How does it work?

The material is very absorbent and can hold up liquid in the amount of two tampons. The fabric is also composed of moisture-wicking material. Similar to that which can be found in workout gear. They’ve even made claims that the underwear is completely leak resistant. So much so, you could wear white pants. Oh and there is an added silver technology to ward off bacteria.

As for the all-woman team who created this magical underwear, they see their bigger mission as taking the stigma out of menstruation;

“We see a world where no woman is held back by her body. We will work proudly and tirelessly until every single girl has an equal opportunity for the brighter future she deserves.

By reimagining feminine hygiene products to provide support, comfort, confidence, and peace of mind, we aim to eliminate shame, empowering women and girls around the world.”

So think you’ll give it a go?

That’s something worth trying though I wonder how true the claims of no leaks are.

I’ve heard of this before, but the way my flow is set up, I’m skeptical. If I were to try it I’d have to stand around at home all day to see how it goes lol.

This could be a good backup for a menstrual cup. I started using a cup a couple of months ago and I am never every going to look back. I don’t have to see, feel, or even think about my cycle until the ends of the day. Now that’s freedom. No leaks yet, but absorbent panties would add additional peace of mind…though they are pricey.

What a cool idea! And a nicely designed website to boot.

Now, if they can handle the veritable slaughterhouse that are my monthlies, well…I may give them a shot! It’d certainly make an awesome secondary line of defense.

What about the odor?

Flow too heavy for that.

My periods be so heavy i’ll wear it with my pads.

Super neat! While I personally may not have that heavy of a flow, I don’t know if I’d be brave enough to go completely tampon/pad-less. Though these would definitely ease my spending on panty liners and lower my carbon foot print in doing so.

I heard about them, would love to give them a try!

my period comes 4 times a year, last 2 days, and is regular to light and i would NEVER wear these. Are you stupposed to carry multiple pairs of these underwear to change them? What is a sista supposed to do when i’m at work? out and about? this does not sound sanitturrrry

Would love to give it a trial run on my light days.

I have a pair of these as I was a donor to their crowdfunding campaign. Love the idea behind it. Very comfortable to wear. But I would still wear something for cleanliness sake.

This sounds like it would feel “heavy” when it’s full.… uncomfortable.…

BGLH needs to stop exaggerating on their posts. I get it’s to sound interesting and all but they’re taking it too far. They’ve been inaccurate on many other posts. >.<

I doubt this would work out for me because of the mix of blood and tissue.

It definitely won’t work for me because my flow can be likened to a downpour..

Kind of inaccurate. Although there are customers that choose to wear only the underwear on lighter days, if you go to the site you will see that they specifically state that the underwear was created to be used along side tampons and pads, and not as replacements.It’s made to ensure that even if you have any accidents or get on your period earlier than planned, you won’t have to throw away a good pair of underwear (they’re stain resistant to blood), or worry about spotting on your clothes or sheets (because of the absorbent layer).

I like this explanation a lot better than what the article is proposing.

On one hand, reusable fabric pads have been around for a loooong time, and many women like and use them. These are just those in the form of panties. On the other hand, I don’t know if I could trust that they wouldn’t leak. I need to see honest reviews from women with very heavy flows.

i just have one question.Are they disposable or am I going to have to wash that out?