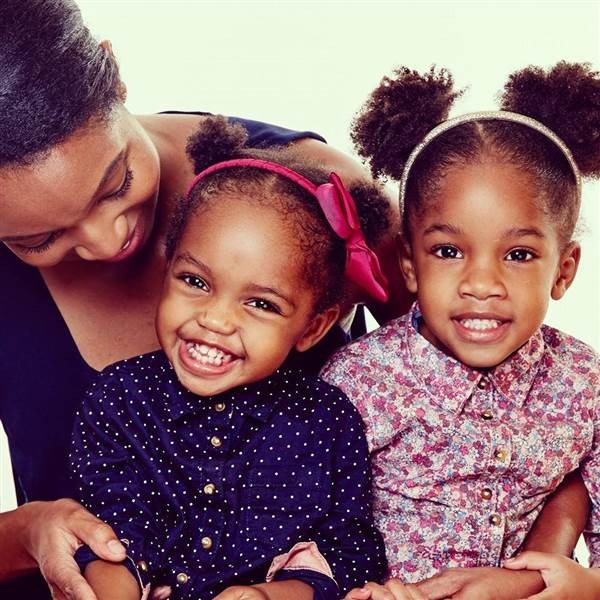 Since the groundbreaking work of psychologists, Kenneth and Mamie Clark, whose famous Doll Test highlighted the damage of racial discrimination during the Brown v. Board of Education (1954) Supreme Court Case, researchers have continued to show that toys are influential in helping children value their self-worth and express a lack thereof. It’s no wonder then than when mother of two, Angelica Sweeting, heard her 3‑year old daughter describe her coily hair and skin tone in an unflattering manner, she took it seriously.  Her daughter liked the European features of Barbie and Elsa (from the hit film Frozen) and saw her own features, at the tender of age of three, lacking in comparison. So what’s a mother to do? 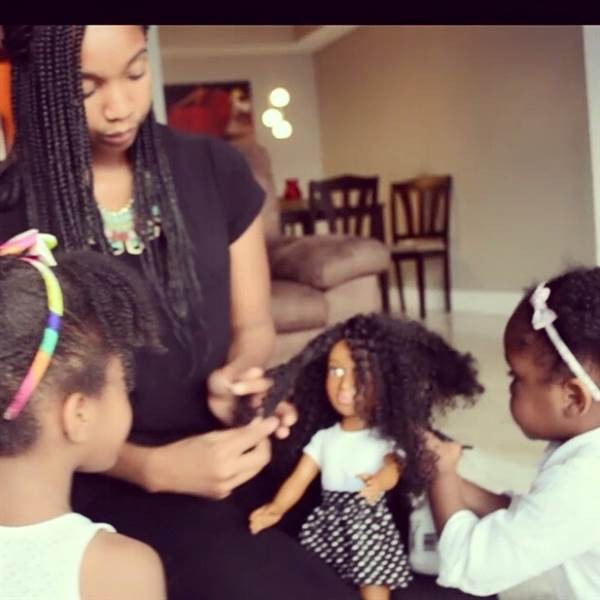 Sweeting and her husband affirmed their daughters’ beauty but also realized that the toys they played with also had a significant impact on what they saw as beautiful. Eventually Sweeting took to Kickstarter and raised the funding necessary to start Naturally Perfect Dolls, a company that makes dolls with the features and hair more similar to little black girls than many of the dolls currently on the market. The dolls are 18 inches in height and have curly, washable hair. Sweeting hopes to begin selling her dolls in time for this year’s holiday season for $85.

Sweeting’s company highlights the important role caretakers play in reinforcing positive aspects about their children. When raising black children, for example, the hands-off approach of letting kids play with any doll or watch whatever Disney film that happens to be popular at the time may yield unintended and unexpected consequences over time. It doesn’t mean that parents of black children or other children of color must ban white dolls (although I know some parents who do) but they should make sure that children see themselves represented positively in the images in their rooms and the toys with which they play.

While I admire Sweeting’s entrepreneurial spirit and would consider buying a doll if I had a young niece, I find it sad, albeit unsurprising, that little black girls in 2015 are facing the same self-esteem issues as the children in the Clarks’ study so many years ago. Even with the increasing acceptance of natural hair styles, the same standard of beauty amongst the most popular characters in many children films continue to reinforce a narrow definition of beauty.

Would you consider purchasing one of Sweeting’s dolls? If you have a daughter or niece, do you only buy her black dolls or do you buy her toys that reflect her personality, irrespective of the racial/ethnic background of the doll?

I think this is great. I’d purchase one.

This is nice and really pretty but this doll’s hair still doesn’t look like mine or any of my nieces’ hair… I think this is a step in the right direction but I can’t wait for when we can see a doll with apologetically shrinky, kinky 4c hair.

I’m thinking she probably made this prototype for her children but with more support will be able to create a diverse line to suit every unique girl.

The Darling Kinkshamer
Reply to  ugo

It looks like the doll has a twist out to me personally.

I think it’s fantastic. I don’t have kids and I still might buy one. I want to support her enterprise.

If I knew my daughter would play with I would by it for her. I bought her a similar looking doll for Christmas last year and it’s in my drawer in my bedroom. I love the idea of this doll. Bravo to this young lady.