Disgrace! The Red Cross Built Just 6 Houses With $500 Mil Raised After Haiti Earthquake, Used Funds to Erase Its Own Debt 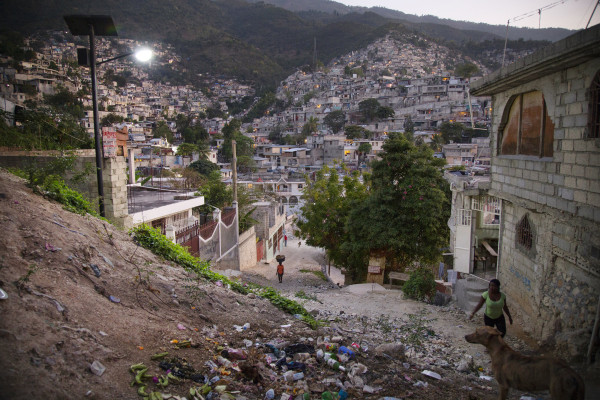 A shocking report by ProPublica and NPR has revealed that The Red Cross was supremely shady after the 2010 earthquake in Haiti. The organization built just six houses with the $500 million it raised after the earthquake — and what’s worse, it raised funds with the intention of erasing its own debt!! It is enraging to imagine all of the Haitian lives lost and people still suffering because they did not receive help that was pledged to them. From the report;

“Inside the Red Cross, the Haiti disaster was seen as “a spectacular fundraising opportunity,” recalled one former official who helped organize the effort. Michelle Obama, the NFL and a long list of celebrities appealed for donations to the group.

The Red Cross kept soliciting money well after it had enough for the emergency relief that is the group’s stock in trade. Doctors Without Borders, in contrast, stopped fundraising off the earthquake after it decided it had enough money. The donations to the Red Cross helped the group erase its more-than $100 million deficit.

The Red Cross ultimately raised far more than any other charity.

A year after the quake, McGovern announced that the Red Cross would use the donations to make a lasting impact in Haiti.
We asked the Red Cross to show us around its projects in Haiti so we could see the results of its work. It declined. So earlier this year we went to Campeche to see one of the group’s signature projects for ourselves.

Street vendors in the dusty neighborhood immediately pointed us to Jean Jean Flaubert, the head of a community group that the Red Cross set up as a local sounding board.

Sitting with us in their sparse one-room office, Flaubert and his colleagues grew angry talking about the Red Cross. They pointed to the lack of progress in the neighborhood and the healthy salaries paid to expatriate aid workers.

You can read the shocking full report here and here. 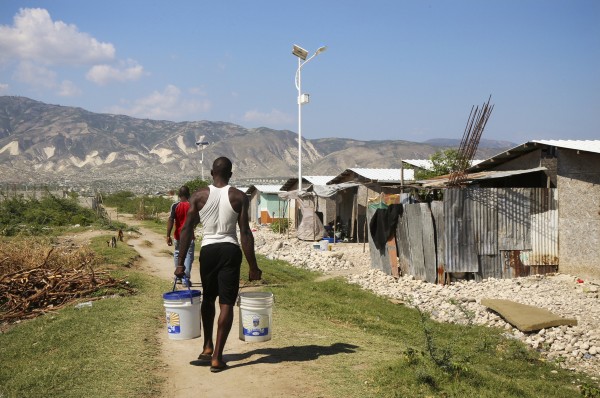 For starters I am not affiliated with the RC although I have volunteered a few times. My second thought was wondering what division on RC this was about but once I clicked I saw it was the American Red Cross. Personally, my feelings from having dealt with this organization is that it is a disaster relief agency designed to respond to people’s immediate needs. I’m not mad they didn’t build houses. I’m upset they said they would. The ARC had no business trying to build houses. That is what groups like Habitat For Humanity do. That’s going to the circus… Read more »

That’s one thing but they straight up stole the money. That’s the point of the report. They haven’t been able or willing to account for a large chunk of it — even after overhead has been accounted for. Also, from the report: “Other groups also ran into trouble with land titles and other issues. But they also ultimately built 9,000 homes compared to the Red Cross’ six.”

I would encourage you to read the entire report, because it is simply a case of corporate theft. After you read it you will see that there is no justification for this.

Okay. I did read quite a bit but not all of it so I will. I’m not justifying it. I said it was ridiculous from the jump. I have given the ARC money and would again because I have seen first hand what they do for house fire victims as in money for clothes, food and two nights in a hotel. Basically short term emergency stuff. Would I give the Red Cross money to build a house? nope.

I too feel that there is no excuse for their actions or rather the lack thereof. If they said they were going to build houses then that’s what they should have done.…period. They collected the money for a specific purpose and did something else with it. It does not matter what the nature of the organization is or if they would have had to use to money to contract an outside source to do the actual building. They took advantage of a horrific event and the generosity of caring and concerned people who wanted to help with the intention of… Read more »

Wow, and I gave them money thinking I could trust them. This is VERY disheartening.

No surprise…with all of the funds that have been circulating in these types of organizations for years and all of the shantytowns still exist, one can easily deduce the monies are not being used properly. Shade. Shame.