*An earlier version of this post stated that Sheryl Underwood called natural hair “nasty”. After listening to the audio again, we realize that Sheryl didn’t call natural hair nasty, but referred to Heidi Klum’s decision to save her children’s natural hair as “nasty”. 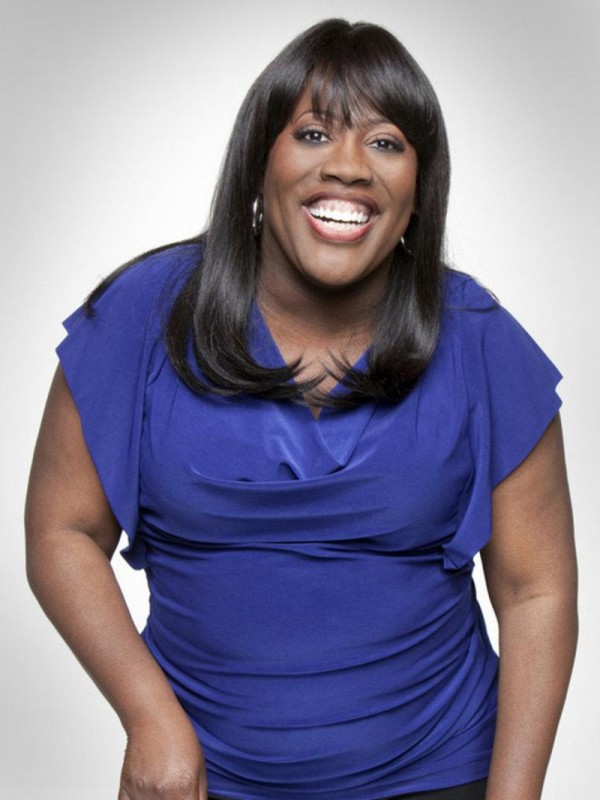 Comedienne Sheryl Underwood, who serves as one of the hosts of CBS’ daytime talk show The Talk, recently referred to afro hair as “nappy” and referred to Heidi Klum’s decision to save her bi-racial children’s natural hair as “nasty”. She also referred to Caucasian hair as “beautiful long silky straight.”

Chantal of the blog Born Again Natural gives the break down:

The topic was about saving your children’s hair, brought up because Heidi Klum revealed that when she cuts her children’s afros, she saves their clipped hair in a sealed baggie.  Sheryl Underwood, going for the joke, made a semi-disgusted face and said:

“Why would you want to save AFRO hair?”

Amidst the mild laughter, she went on to say that women don’t necessarily run to the beauty supply store in search of what she referred to as “nappy, nasty hair”.    When Sara Gilbert tried to point out that she, like a lot of mothers, liked to save her children’s hair, Sheryl quipped, “But your child’s hair is silky and straight!”

Even though the subject quickly changed (because the joke had obviously died), it apparently didn’t bother Aisha Tyler, the other Black woman at the table, to have natural Black hair described as “nappy” and “nasty”.

Here is a clip of the incident.

It is very jarring to hear natural hair disparaged so publicly and with such disgust. What are your thoughts ladies?

[…] She also referred to Caucasian hair as “beautiful long silky straight.” Black Comedienne Sheryl Underwood Slams Afro Hair on National Television | Black Girl with Long Hair Maybe this is something that needs to be addressed within the black community? […]

As a black woman, I am so disgusted with Sheryl’s comments! Wow…smh

I am often struck by the tone of many of the comments posted on BGLH. Although far from the majority, there are a significant number of comments that are spiteful and vindictive, this is not an accepting or nurturing community.

I prefer the community at Curly Nikki’s blog and will restrict my natural hair browsing to that site.

Because BGLH is being informative? and people are expressing their disappointment?

To disrespect black people in front of other [races] of people is nothing new. Black [male] comedians do it on a regular basis. The hurtful thing about it this time is when Ms. Underwood did it on a national syndicated talk show with other races of women. Hair for some African American women is a sensitive topic, and she didn’t take into consideration how her jokes would affect others. I’ll just chalk it up to ignorance, forgive her, and move forward. #Lovingmyself

Oh, but it sure does look like a horses hair stapled to your head Patricia Mae! You mad I called your beloved weave horse hair? Lol, get a life and some more brain cells while your at it. And no I surely do not wear fake hair, never have or will. I have better things to do with my money then spend it on hair made in China. Why don’t you put yours away for your children’s education so you can send them to college rather than the asian kids?

If you’re going to tell someone else to get more brain cells, please know the difference between YOUR and YOU’RE as well as THEN and THAN (I’m ignoring the punctuation errors).

Lol, you mad I called your weave horse hair? Get a life and some brain cells why you at it. And no I don’t spend any of my money on hair made in China. Maybe you should save yours for your children’s education so you can send them to college rather than the asian kids.

Sheryl’s attitude towards black hair is part of what keeps black women back. That slave mentality was taught to her and, sadly, a lot of black women share that view. It makes me sick. Our hair is beautiful and it’s time we embrace it. Sheryl is a sad, brainwashed, ignorant woman. She doesn’t know any better. I can’t believe Heidi is more evolved when it comes to blackness. Shame on you, Sheryl!

What a sad, sad person. That’s all I have to say.

I am really surprised at Sheryl Underwood. Sometimes when Id sit at home and babysit my brothers and cousins I would watch the View (Primarily because nothing else was on and day-time television sucks, PLUS I was growing insane of Nick Jr. All day) But to hear words like this spew out of a black woman’s mouth is hurtful but never surprising. I’ve heard people in the hair salon (while I was getting kinky twist braids put in to kick-start my natural journey) Poke fun at women with natural hair saying it was ugly, unfemenine, wooly, and made black women look… Read more »

I was pretty surprised that the other Bkack woman at the table wasn’t disturbed by Ms. Underwood’s rant, but upon realizing the other one is Ma. Tyler, I know understand why it didn’t phase her one bit ? there are plenty of Black women who save their children as well, my mom included. She has been keeping my brother’s hair for abt 30 years now.