I’m in the thick of it (pun intended) when it comes to my daughter’s hair. And I really wasn’t ready. She was born with a head full of silky strands that laid flat and, as with most black babies, they became more textured with time but were (luckily) always really sparse. Really just enough to create a teeny tiny ponytail. 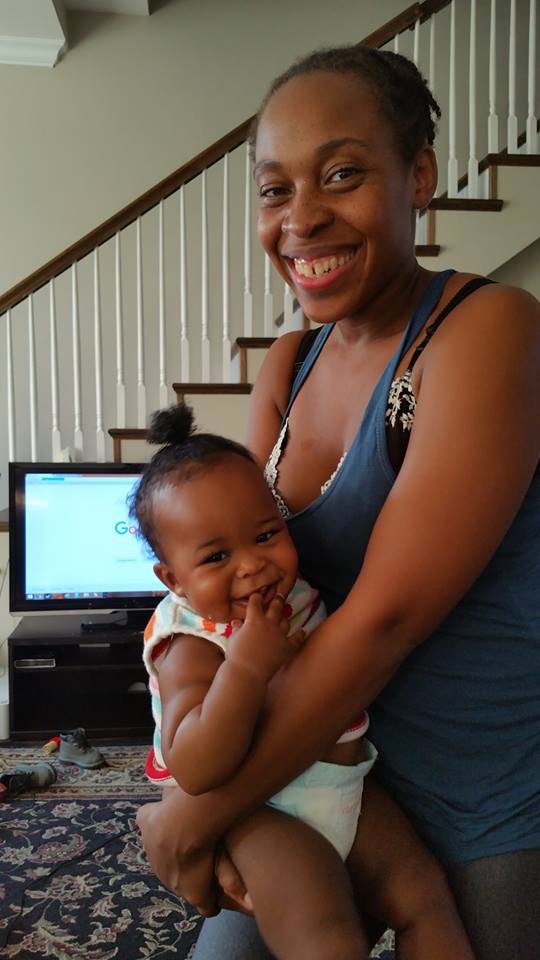 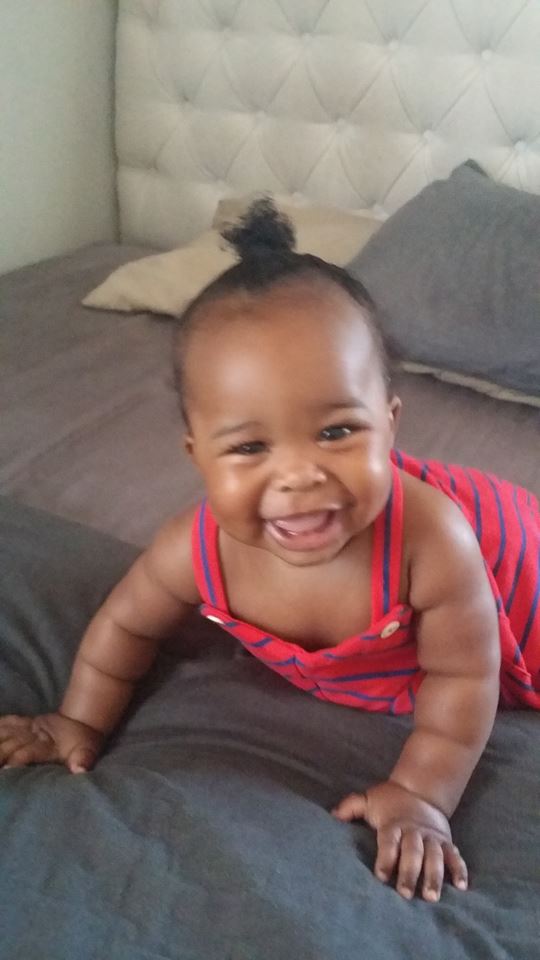 Around age two, my daughter’s hair seemed to settle on a 4a curl but it still wasn’t really growing that much. 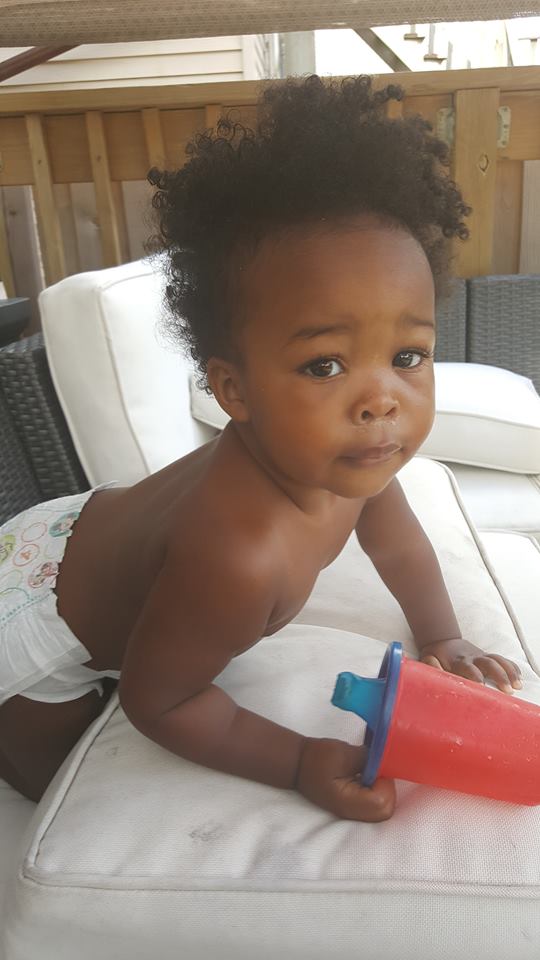 Then about six months ago POOF. It’s like someone turned on a crank in her scalp and it started spouting out hair by the inch. What am I supposed to do with all this? 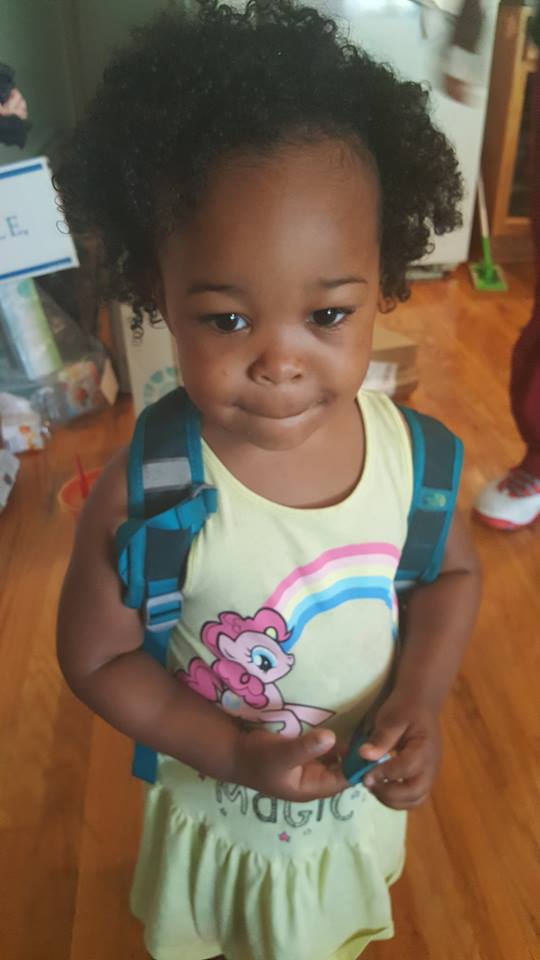 If you’ve followed my writing on this site at all, you know that I really suck at styling. I can moisturize and condition all day. But styling? I cannot part to save my life and I just learned to do flat twists, like, a year and a half ago. My cornrow skills are straight up embarrassing. Suddenly faced with a headful of curls I was… overwhelmed. And of course I had heard other black mothers talk about the challenges of doing their daughters’ hair, but I had grown complacent since it had taken my baby’s hair so long to ‘sprout.’

My kids’ sitter at the time was a black woman who had previously run her own natural hair salon so I passed off the reins to bide me some time. But when I moved to a new neighborhood that was too hard for her to get to, I was on my own again. I cut my daughter’s hair to stall some more (much to the horror of her teachers), but I knew it would grow back eventually. So I buckled down and decided to learn. It took a couple months of experimentation but I finally began to figure out a routine.

And less is definitely more — partially because her hair doesn’t need that much and partially because kids do not have the patience for long routines. I went from washing and conditioning every weekend to washing every three weeks, and co-washing in between — sometimes skipping the co-wash altogether in favor of a thorough rinse with water, followed by a whipped shea butter seal. Another thing I’ve cooled on is combing. What I do instead is incorporate any detangling (which is really the only reason I would comb) into my flat twisting. So after washing and/or conditioning her hair and sealing the moisture in, I proceed to flat twist and simply remove any tangles I come across.

My go-to style right now is 6 flat twists (crookedly done — don’t judge me) that go from front to back. They last a week, I can do them in the time it takes her to watch one episode of Doc McStuffins, and they don’t tug at her follicles. 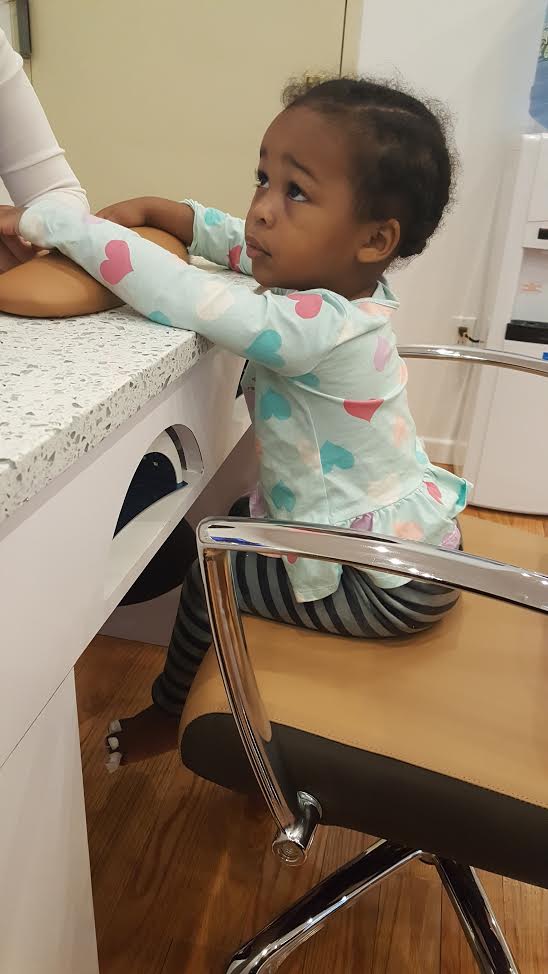 I will let her rock a fro every now and then because I want her strands to have an opportunity to completely relax. But this always results in horridly tangled ends because she REFUSES to wear a bonnet!

While protective styling is often noted for its ability to help with length retention, I appreciate it more for its ability to keep my daughter’s hair generally tangle free. These days the only thing I’m using the comb for is to create parts — and she appreciates that.

Mommies, do you comb your little one’s natural hair? Why or why not? And if so, how do you incorporate combing?

My daughter is 3 and has 4b‑c hair. I only use a comb to help part her hair. Otherwise, I use a denman brush. Her hair is thick and tangles. The back is guaranteed to be in two-strand twist. I usually either twist the top or put it in one or two puffs. It’s whatever works for you.

I comb because it tangles very easily. I’ve grown to appreciate a little frizz on her braids.

I’m so glad that I found a recent article on this. My son got his hair cut this week, his texture was similar to your daughter’s hair but a tad more coils (I’m not sure what letter-number combo that is). The barber instead of taking a little hair off of the top like I wanted, scalped him down to nothing. Now all I keep hearing is that his hair will never be the same and it frustrates me. Why is that black people are the only culture to say that cutting hair changes it forever? Any insight anyone can provide… Read more »

I wrote a whole post but it appears to have disappeared. The short story is, that my son went to the barbershop for his first haircut and rather than a trim, his hair was cut totally off. His hair is similar to your daughter’s with a bit more coil to it. I am devastated as I loved my son’s coils. While I do understand that hair grows back, I am also being told by so many people that his hair will never look the same. I want to know why it’s usually only black people that I hear say that?… Read more »

Hmmm. I don’t think that’s accurate! Their hair changes fast at this age, so it could be that, when the new growth comes in his texture might have altered a bit, but I really don’t think cutting changes texture!

Scientifically speaking it takes a change in the hair follicle to alter hair texture. Shaving or cutting hair does not change texture. Things like chemotherapy and radiotherapy can change hair texture. Children’s hair texture does change. My daughter started out with poker straight hair which changed to a wave and now to curl. It seemed to not change any further after her first birthday but I would not be surprised if it did.

Thank you for the clarification Jc!!

Low manipulation styles (like #4) are great and work because as a kid and a natural one at that, it’s more understandable for her to be wearing her hair out, especially because she doesn’t have tons of it. You don’t have to be limited to just flat twists; if anything I’d say use those during the winter months as a protective style. With that hairstyle (based on the last picture) it’s necessary to tie her hair down to prevent frizz unless you feel like touching up her roots and edges every other morning or so. If she doesn’t want to… Read more »

Gosh I don’t know my daughter’s hair type. It looks a lot similar to your girl but a larger curl, so maybe 3b or 3c.  My routine with her (she is 2) is to wet her hair in the morning and finger detangle with a dollop of conditioner (literally any conditioner, and not a leave in, the type you should wash out but I don’t wash it out, I use it as setting lotion). Voila, we have clumped curls. I am not invested in her having tangle free hair, we just work out the larger ones. I am also not too… Read more »

My baby girl has 4a/4b hair and it has been super thick since birth. I, like you, pretty much keep it in a protective style. I cornrow it down while she watches Peppa Pig every Friday, and she wears them a week at a time. She’s happy and I’m happy.

As a mother and now grandmother the trick to managing our girls/childrens hair is to start combing it from early. The sooner the better then they grow up with it and become accustomed to the process. Leaving it for long periods between combing results in the scalp becoming tender to the touch. When my son was a baby I would lay him flat across my lap and cornrow his hair going back, initially he would fuss before eventually falling asleep. Now I have granddaughters and the youngest is now 4 and the eldest in 8 and they queue up to get… Read more »