On January 3, 24-year-old Shia Milan Yearwood was arrested in Charlotte North Carolina for violating a protective order. A few days later her mugshot was posted to Twitter by Charlotte-Mugshots.com, a site that compiles mugshots in Mecklenburg county.

It wasn’t long before folks started to ask Yearwood about her hair. 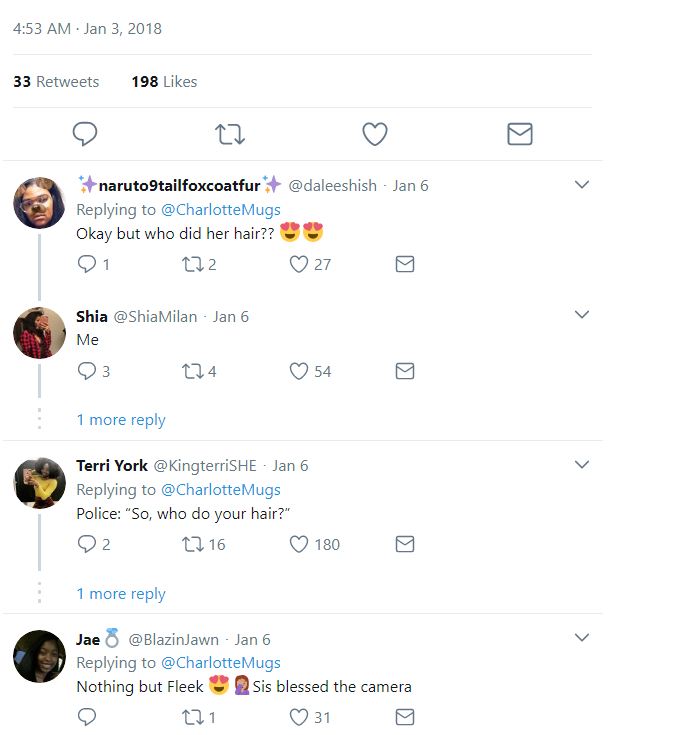 Jumping on the publicity, Yearwood retweeted the mugshot with the caption “#BraidsByShia 🤷🏽‍♀️ can’t hold me back either.” 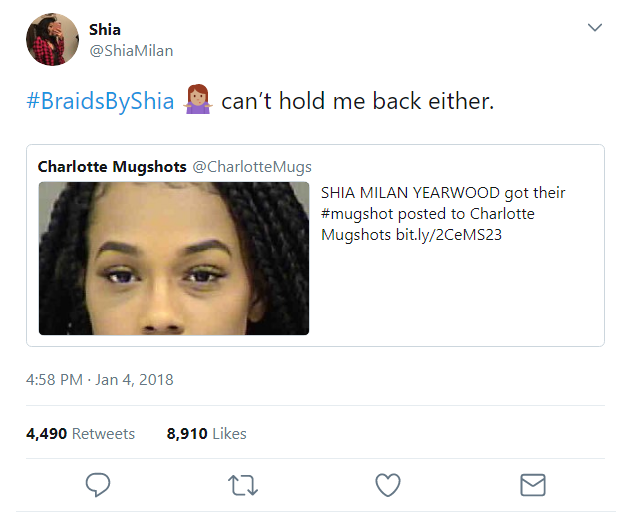 To date the image has been retweeted more than 4,000 times with comments including

“The way you turned shade into a marketing opportunity is a great moment in Black a Twitter History.”

“Moving to charlotte & was gonna need somebody to braid my hair. Twitter is full of blessings in 2018 🙏🏾”

We can’t speak on Shia’s arrest or personal life (she has said on Twitter that she violated the protective order to see her son) but damn, if this ain’t making lemonade out of lemons.

What a wonderful way to overcome adversity!

That the undeserve favor of God. Making something bad turn out to be a blessing.