Skip to main content
My Wishlist Login
4B Hair 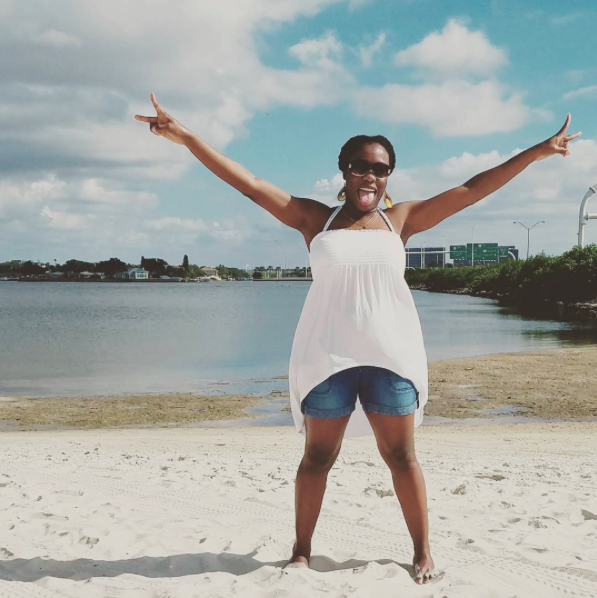 Before giving birth to my beautiful son this year, I had experienced what most moms do during pregnancy. My first trimester included morning sickness and fatigue, both of which were not limited to the day time. Weight gain and a resurgence in energy accompanied my second trimester, and so did food cravings. The third trimester arrived with insatiable hunger, frequent bathroom visits, and the waiting game for my little bundle of joy. However, the amazing hair growth that many expectant mothers mention never came my way — at least not for the scalp on my head.

The reality for me and my hair was very different during pregnancy. The hair on my head did not appear to grow any faster or thicker than it did months earlier. If anything, my hair seemed to become more damaged during pregnancy and retained no length. This experience was in spite of the protective styling and deep conditioning I diligently followed in the last half of my pregnancy and the expensive salon care in the first half. Even as the third trimester moved into a “fourth trimester” (yep, I stayed pregnant a little longer than 40 weeks), the ends of my hair exhibited severe split ends! 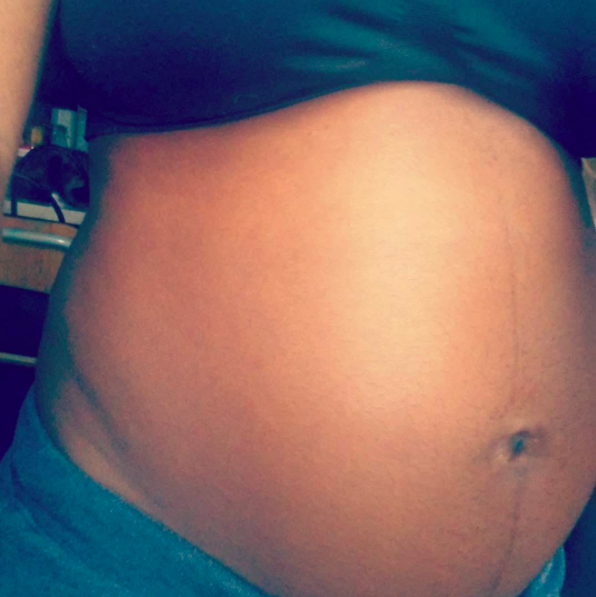 Where my hair did grow like weed was seemingly everywhere but my scalp. The little hairs on my protruding belly grew the longest I had ever seen them grow or thought at all possible. My eyebrows also grew in so rapidly that plucking them weekly no longer did the trick. Strands of hair also started to sprout in places they hadn’t before — including under my chin. Perhaps what was most surprising (and comical) was that my doctor could feel an immense amount of hair growing on my son’s head during a routine visit! Additionally, from the moment he was born, strangers have commented on “all that hair” on his head. (I would like to think my hair suffered to grow my son’s luscious mane.)

Now what I did experience on my scalp during pregnancy was severe dandruff. My scalp was so insanely itchy that one would have thought I was carrying lice. (I remember scratching so much that I started to bleed at one point.) My scalp was also so flaky that I could make it snow on a black table surface. Being that I have never really had scalp issues prior to that moment, my skin was a complete 180 from what it had been. While previously I could go weeks without washing my hair, I now had to shampoo more frequently and with a product containing zinc. No one had prepared me for this surprising side effect of pregnancy.

After having my baby boy, the two new hairs under my chin have continued to grow despite constant plucking. However, the dandruff has almost disappeared at this point and the itching has gone. In spite of it all, this pregnancy experience was well worth it to produce my little hairy angel.

I’m entering my third trimester, and I also haven’t seen any of this phenomenal hair or nail growth women swoon over. At best, I can say the nails I do have seem a little bit stronger (marginal improvement), but my whiskers, and vajay hairs have been coming in strong. To the point that even though I tend to be more grooming-conscious in the summer, this year, I let my winter laissez-faire attitude thrive. So I do have an abundance of hair… everywhere but on my head. I haven’t lost any hair on my head though, and no new scalp issues.… Read more »

Author
Chinwe
Reply to  It's Me

So sorry you’re experiencing that daily 24-hr vomiting. That is the worst! It’ll hopefully be over soon. Wishing you a healthy delivery!

Awwwwww congratulations on your little boy xx
I had a boy last year and I had the insane hair growth everywhere. I stopped bothering trying to keep up with it.
All stopped when he arrived though and my edges straight left me a few months after giving birth ? have you experienced any postpartum shedding? Glad your scalp sorted itself out, that sounded like it was hard work to keep up with.

Thank you, Relle! Yes, I’m experiencing it now and all over my scalp. My edges are also saying bye bye.

“I would like to think my hair suffered to grow my son’s luscious mane.” Yup, how it worked for me. Lol. I didn’t experience hair growth in my first pregnancy and she came out with a lot of hair. I’m talking about 2 inches of thick beautiful hair. My third pregnancy my hair flourished. I was sooooo happy. Then my baby girl was born with a thin Mohawk. No hair on the sides and very little hair up top and at the nape. Lol. I think I stole it all from her. But my postpartum shedding and dandruff is horrific… Read more »

wow — insane! Congrats on your baby boy. I too am pregnant w/ a boy (DD-Dec) and I SWEAR, he’s doing a number to my hair. I haven’t had any scalp issues; however, ever since I became pregnant my hair texture is changing. I have 3b curls (entire life) and now with this pregnancy, i have 3C…maybe even 4’s in my crown. This is my fourth pregnancy — my prior babies were girls. But, i must say- this one is the craziest for my hair.

Thanks, Phina! Wishing you a healthy delivery of your baby boy!

Wow, thanks for sharing.
and CONGRATULATIONS!

You said ‘produce my little hairy angel’ now we know where the hair growth was going ?

LOL! Yep, it went straight to him.

Congrats Chinwe!! I’m in my waiting phase too and i’ve not been so impressed with the hair growth either. My major concern actually is the problem of hairloss after baby comes. That’s even how i returned natural in the first place and with permed hair, i was scissor happy but with my growth so far, i don’t want to lose even a strand. How do i keep my coils after child birth