The #EgoChallenge: Black Women are Rapping About Overcoming Insecurities Over Beyonce’s ‘Ego’ Instrumentals

They never meant for folks like us to walk around with confidence
But I ain’t finna hate myself because of your incompetence
–Jane Oranika, founder of the #EgoChallenge

Over the instrumentals of Beyonce’s 2009 hit Ego, black women are rapping about overcoming physical insecurities. And the results are absolutely fire. The challenge was started by 19-year-old Alabaman Jane Oranika who posted a minute-long video to Twitter rapping about embracing her weight, height, tooth gap and dark skin.

I wanna start the #EgoChallenge ☺️ we all have flaws and it’s better to brag about them to be insecure. y’all should join in 🤘🏾✨ pic.twitter.com/ZJhEpRFHgg

The video quickly went viral and other black women started joining in. Here are five of the best videos we found. (Tell us again why rap is a male-dominated industry??)

Over time women of other races and cultures starting submitting entries as well.

Jane was so overcome from the positive feedback that she took to Twitter again last night to express her elation. 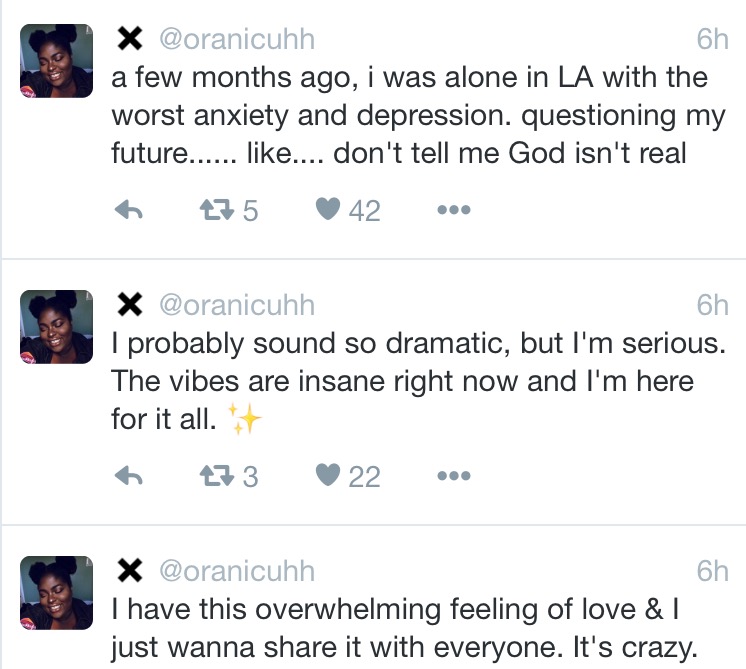 With the way our country is set up politically, it’s beautiful to see young people spreading love. Ladies, what do you think of the #egochallenge?