I’m a Black Mother Who Gave My “Failing” Neighborhood Public School a Chance, And I Don’t Regret It 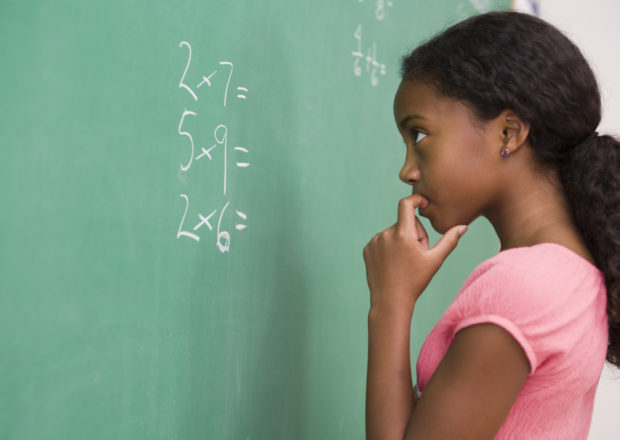 When we arrived in our new town, one of the first things I heard was how bad the schools are. So when some friends said they were enrolling their children in these failing schools, I didn’t understand until I actually visited the schools.

At the schools, I saw children who were learning. They were engaged and happy. There were resources and technology in the classrooms. There were full-time teaching assistants in the pre‑k and kindergarten classrooms. There were interventionists throughout the schools. They had art, music, PE, recess, a robotics competition team, a Girl Scout troop, teams for track and basketball, and a host of clubs. I found myself asking, if all these great things were happening, why is the school “failing?”

School ratings are only a very small snapshot.

School ratings are flawed. The formulas vary and do not necessarily reflect what learning is actually happening for the individual student. Oftentimes what makes the best schools score so well is the very fact that they exclude children with mental, emotional, physical or socioeconomic difficulties.

“Failing” can be a code word for poor and black/latino.

This article sums it up very well:

“We know that lower-income students on average come into school worse off achievement-wise than their higher-income peers. […] Moreover, studies have shown that lower-income kids perform worse on standardized tests in general. All of these factors add up to the fact that a school with only higher-income kids might have higher test scores than a school with a mix of incomes even if the intellectual ability and teacher quality are exactly the same.

Let’s assume that you have a school with a bunch of terrific teachers that is doing a great job educating its kids. One year, a bunch of lower-income kids come into the school. Let’s say that the teachers do just as terrific a job educating the existing kids and the new kids. Existing kids don’t lose out at all. Yet the school’s average test score will go down.

This reinforces the fact that we are measuring and reporting the wrong thing. But most people don’t necessarily know this, nor do they have better data available, so they’ll understandably choose the highest-performing school they can, even if “highest-performing” only really means “school with the fewest lower-income kids.”

Some aspects of ratings are the simple math of economic segregation. Since schools now are more segregated than they have been in decades, it’s worth considering who exactly we’re trying to get away from and what is left when everyone opts out of sitting their kids next to kids with fewer resources.

There are benefits that can’t be measured.

I like that when I drop my son off in the morning, the teachers are smiling. They legitimately look happy to be there. In the afternoon, they look tired but still happy. The school ratings don’t take into account the hugs I see between teachers and students.

They also don’t measure the positive impact on the students to see a healthy representation of different kinds of people, including those with less. There are kids who are learning English, and kids whose parents teach it. There are children with special needs. There are children from tough homes. There are all kinds of kids who if you look at their individual assessments are doing just fine in this “failing” school. And there are kids who by most measures are failing, but who would undoubtedly be doing worse if they were not receiving the interventions or the benefits of being around the academically successful children.

Like many public schools right now, my son’s school is in the process of a rebirth with dedicated leaders and community members who show up every day. I’ve seen teachers celebrate a pre‑k child learning to count to 10, yet these same educators are teaching my son early geometry. Despite what anyone says, there is no magic pill of accountability or testing or extreme discipline that’s going to “fix” these children or these schools. All that feels like scapegoating the real problem, which is persistent poverty and racism.

So I like my son’s school for how it’s taught me to have a more complete view of the current state of education in America, especially in the current political climate that’s often hostile to the disadvantaged and marginalized. I’m happy my son has some teachers and students who look like him and some who don’t, even if this means I have to explain for the umpteenth time that we can’t fly to the Philippines like his classmate is doing to visit her family.

These teachers have a tough job to meet the needs of kids from such varied backgrounds, especially when ratings summarize their work and the students they care for as failing.

What’s not been great?

My major complaints with the school are there’s not enough free play, and I hate the behavior reward system. However, these are issues I have in general with education, and they are not limited to low ranking schools.

Also, I know that the academic distance between children with more and fewer resources grows as the children age, so I can’t speak to sending an older child to such a school, but I know that not only has my son’s knowledge improved but the diversity in his life has as well.

Schools are complicated, and their value cannot be summed up fairly in a letter grade. Children will have better outcomes if parents are involved at school and home regardless of what the school rating is.

To judge a school reasonably, you have to look at how your specific child will do in a specific classroom. Not every school is for every child, even the highly rated ones. Writing off schools and teachers without giving them an in-person glance and looking at the whole picture what’s going on in and outside of the classrooms is short-sighted. If you’re the least bit curious about what’s really going on at your local schools, go visit. You might be surprised with what you see.

About the Author:
Alicia is a Louisiana-based writer and educator who works in higher education. Her interests include natural living, reviving communities, running, traveling, and parenting.

Alicia is a Louisiana-based writer and educator who works in higher education. Her interests include natural living, reviving communities, running, traveling, and parenting.

This was really eye opening. I really honestly never considered the possible merits of a failing school. I have always been of the opinion that a school that excels in academics is the best place. It was definitely an agenda that my mother had and all the schools I attended were selected for this reason. I do like the idea of being inclusive especially at an early age when learning is more about fun and self development. I would however prefer a very strong academic school in the transition to high school as the focus changes to critical thinking and… Read more »

This is interesting. However, numbers don’t lie. Why exactly is there a correlation b/t low income and standardized test scores?

Because children who are raised in working poor households do not have the same exposure to language and learning opportunities than children who are not. And it’s not just about a lack of financial resources to provide these things, but also a lack of time. If a single mom or dad is working 50 to 60 hours a week in low wage labor, or working odd hours (night shifts, etc) what time is there to read to kids, engage with them, etc. I am not saying this as an excuse but a legitimate reason. This also goes beyond the working… Read more »

Thank you for this article. My husband and I decided this past year that we would to this also — - so, we took our son out of private school and are learning that our son is getting a great education at our neighborhood school. Logistically, it allows us to spend more time with our children and that in and of itself aids in his performance and overall development. We’ve chosen to supplement in areas that we feel can be expanded and without a private school tuition bill, it’s definitely much easier to do so. I don’t know if we’ll… Read more »