I Never Thought I’d Meet My Husband On a Dating Site, But I Did 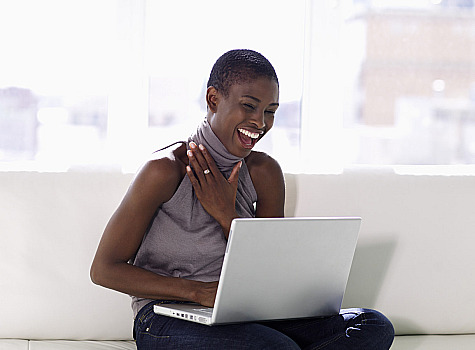 Almost three years ago, I met the love of my life – my husband – on an internet dating site. Call it fate. Call it chance. All I know is that I never imagined that I would meet my life partner this way …

When I was 25 years old, I thought my life was starting to fall into place. Fresh out of graduate school, I was working my dream job in my dream city. I had left a disabling “relationship,” gotten myself together (or so I thought), and was dating a good man.  I had my own place and was self sufficient. I had an amazing mix of fun and supportive girlfriends. Life was good.

But after a couple years, reality hit that the good man was not exactly the right man for me.  I still had my career and friends. I still had my life. But I was not satisfied.

Life, for me, was more than career and friends. I had always envisioned building a family of my own. I had grown up in a big, loving family with parents who call each other “my heart” to this very day. I wanted to replicate that love and family one day. To have a husband and children of my own. But I was inching towards 30 and my probability of having that beautiful kind of love seemed (at the time) to be dwindling.

If you think it was at this point that I explored online dating, then you’re wrong. I had experimented with it in the past and had mixed feelings about it. Hence, it did not exactly pop into my mind as the path to meeting my hubby. Moreover, I needed to work out some issues, aka let go of excess baggage, I had accumulated from previous relationships. I was extremely jaded. I thought, “F$3^ love!” So, no. I did not meet my hubby at that time. It was a few years from that moment that I did.

Fast forward to my early 30s. I had dropped a lot of the baggage – not all of it, because we rarely drop it all – but the heavy loads and some of the little ones. I knew that I not only didn’t need to put up with not-so-great men but that I deserved a good man. (Apparently, I didn’t think I did back when my relationship with that one good man ended.) I reconsidered love and thought I should give it another shot. I then decided to give online dating a fair try to expand my pool.

Putting myself out there – on a dating site — was not at all easy. There were more frogs than princes, which sometimes made me consider deleting my profile. (There was the narcissistic doctor who insisted that I cook for him on the second date that never happened. There were the men who were nearly twice my age and thought I would respond to their messages.) I tried OKcupid, which had the advantage of being free. I also tried eHarmony, which had the benefit of matching people based on personality. I was also on Match, which I felt would filter out the guys just looking for a “good” time — well, at least some of them.

Ultimately, after a few dates with some complete fails, my future husband reached out to me. A few months later, we were official. After a year, we were engaged. Six months after that, we were married. And now we are expecting our first baby a few months after our one-year wedding anniversary.

I share all of this to say, online dating could be an option for you to meet the love of your life. Just like offline, there will be some fails and there is no guarantee. But there is also a chance that you could meet your person.

What has been your experience with online dating?

Met my boyfriend on Tinder. Yup, Tinder. 2 years strong, settled down, living together, doing some investing in real estate, and in 2 — 3 years plan to start a family. All because we both swiped right! Weird how some things work out.

Tried it for 4 years…Bad experiences…trying the old fashioned way, again

Same experience as you, but a little later in life. ?. Met the man I’m going to spend my life with on Tinder. Yes. Right there. My earlier experience with online dating was not as positive as I’d like it to be. Boeing a single assertive type of woman, I tried to weed out the freaks and liars. But hey,… you know what they say… There are a lot more ‘crazies’ out here in the world, than there are locked up. And believe me, I’ve had my share. Now I KNOW what Crazy looks like. Been dating online on and off… Read more »

I have always been an advocate of online dating. It has its’ pros and cons. But I just recently celebrated my 3 year anniversary with my boyfriend and we met on plenty of fish.