At 22 years old, Tiera Guinn is a Rocket Structural Design and Analysis Engineer for Boeing, working in conjunction with NASA to create a space launch system. Let that sink in… Here are 5 things to know about this black genius.

2. Guinn honed her math skills at… the grocery story! Her mother recognized her daughter’s talent for solving difficult mathematical equations when she was fairly young. As a result, every time Guinn went to the grocery store with her mother, she was responsible for organizing coupons and calculating the total of all items, including tax. Did I mention that she was doing this at 6 years old?

3. Guinn is currently a student at Massachusetts Institute of Technology (MIT) and she will be graduating soon with a 5.0 GPA.

4. This isn’t just a job for Guinn. She’s known she wanted to be an aerospace engineer as a child.

5. Tiera is a naturalista and rocks her fro and protective styles at work. Peep her in cute braids! 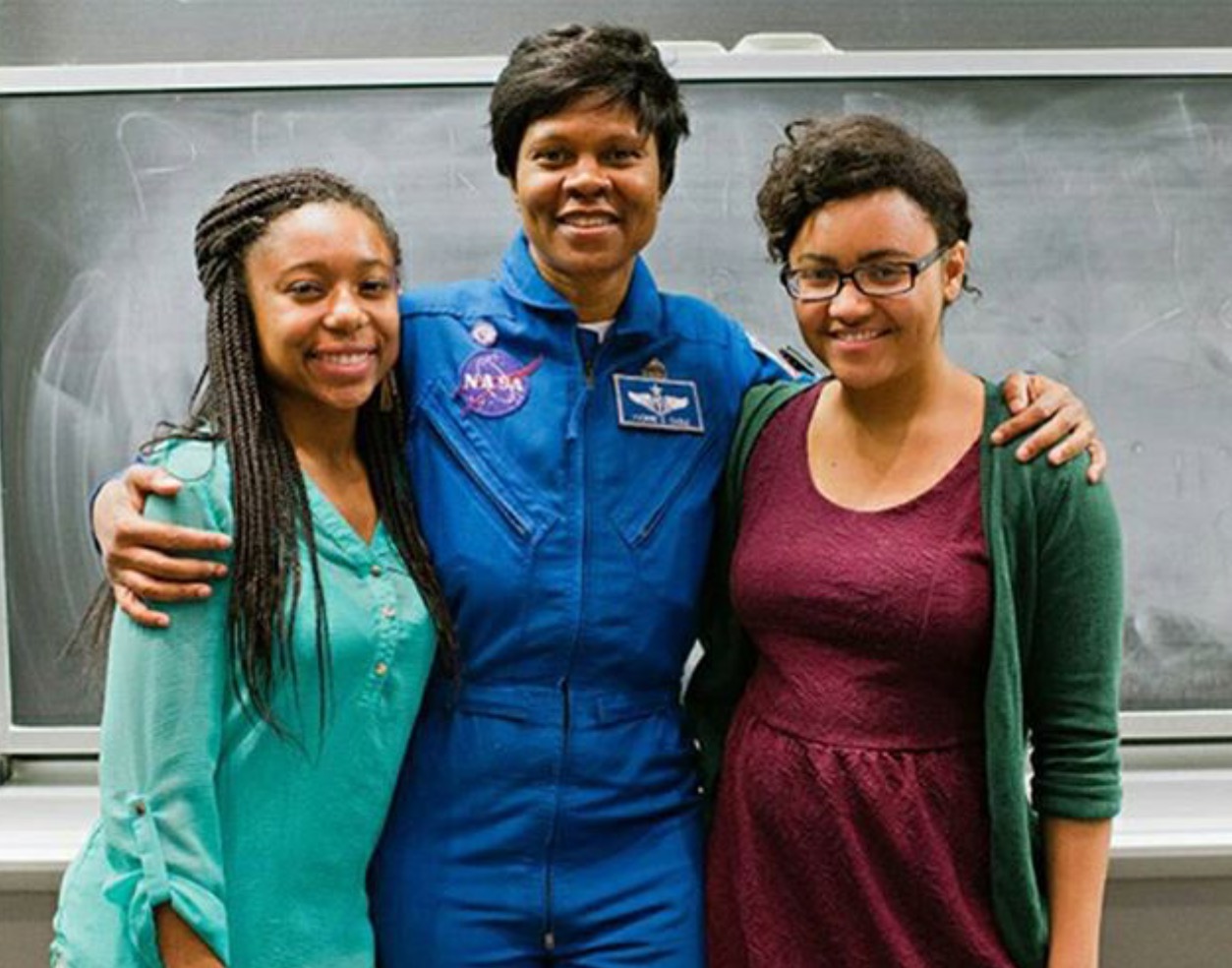 Tiera’s words of advice for young women who would like to follow the path she’s on? Take chances and remain focused.

“You have to look forward to your dream and you can’t let anybody get in the way of it,” she said. “No matter how tough it may be, no matter how many tears you might cry, you have to keep pushing. And you have to understand that nothing comes easy. Keeping your eyes on the prize, you can succeed.” — Tiera Guinn for the Huffington Post

Love this, I am older than her but she is very inspirational to me. I love that her mother recognized and nurtured her talent. I love that she is focused on and achieving her dream.

I agree. The nurturing in those early years can result in a child pursuing their natural talents and interests. It makes a big difference later on when their peers pressure them to follow the popular crowd.