The list of 2017 Academy Awards nominees, announced Tuesday, is diverse and unprecedented. In fact, this Oscar season is record-breaking for black cinema. Not only are the nominated black films true American masterpieces, they are individually unique and show how multifaceted the black experience is. And all were in the works before the #Oscarssowhite backlash of last year. Here are 6 ways black trailblazers made Oscar history. 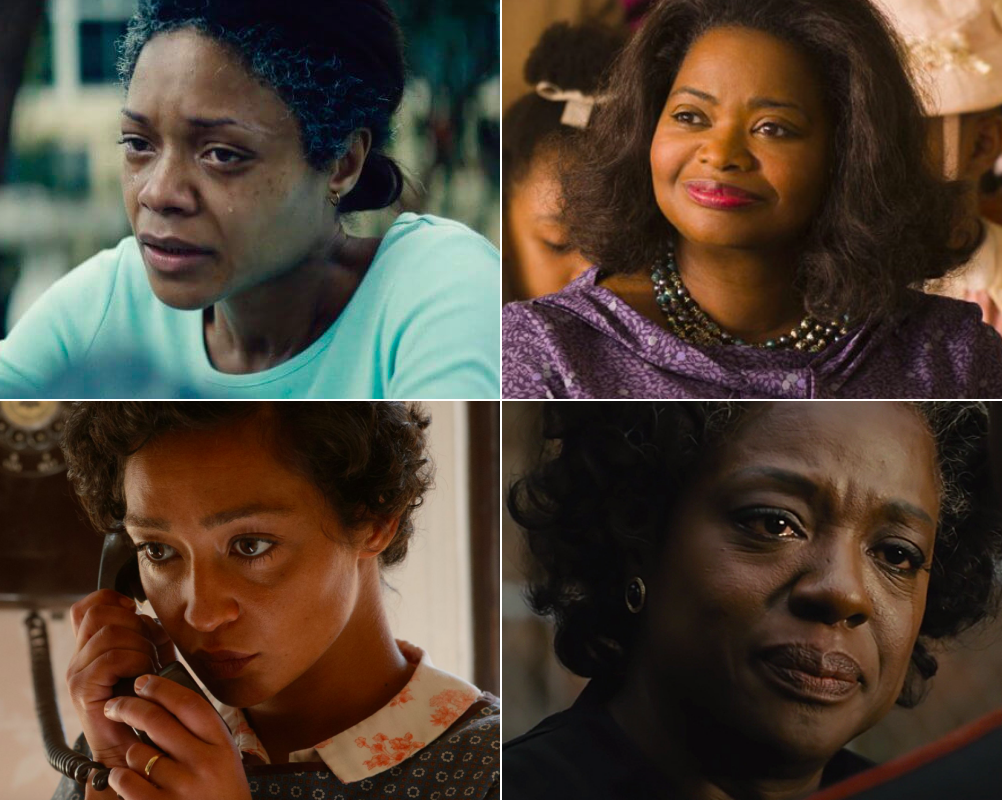 1. A record-breaking number of black women were nominated for supporting actress
Viola Davis (Fences), Octavia Spencer (Hidden Figures), and Naomie Harris (Moonlight) are making history in the category for Actress in Supporting Role. This year is the first time three black actresses have been nominated in that category in a single Oscar ceremony.

2. Viola Davis is the most nominated black actress in Oscar history
Viola Davis is the first black actress ever to score three Academy Awards nominations. She received her first nomination in 2009 for her performance in Doubt and her second in 2012 for The Help before this third nomination in 2017 for Fences. Prior to Davis, Whoopi Goldberg held the record with two nominations — 1986 for her outstanding role in The Color Purple and 1991 for Ghost (in which she won Best Supporting Actress.

3. A record-breaking number of black actors and actresses nominated for awards
Also record-breaking is the number of black actors and actresses nominated this year. As previously mentioned, Viola Davis, Octavia Spencer, and Naomie Harris are all nominated for Actress in Supporting Role. In addition to those three, Ruth Negga for Actress in Leading Role (Loving), Mahershala Ali for Actor in Supporting Role (Moonlight), and Denzel Washington for Actor in Leading Role (Fences) are also nominated.

4. The most black films to be nominated for best picture
Three black films are nominated for category of Best Picture, which is the most ever in one Academy Awards ceremony. These films include Fences, Hidden Figures, and Moonlight.

5. Four of five films nominated for best documentary have black directors
The category of Documentary (Feature) consists of five nominees, four of which are for films directed by blacks. These documentaries are Ava Duvernay’s 13th, Raoul Peck’s I Am Not Your Negro, Ezra Edelman’s OJ: Made In America, and Roger Ross Williams’ Life Animated.

7. Joi McMillan (Moonlight) is the first black woman to be nominated for an Oscar for best film editing.

8. Kimberly Steward is just the second black woman (behind Oprah for Selma) to produce an Oscar-nominated film (Manchester By the Sea.)

Will you be tuning into the Oscars this year?