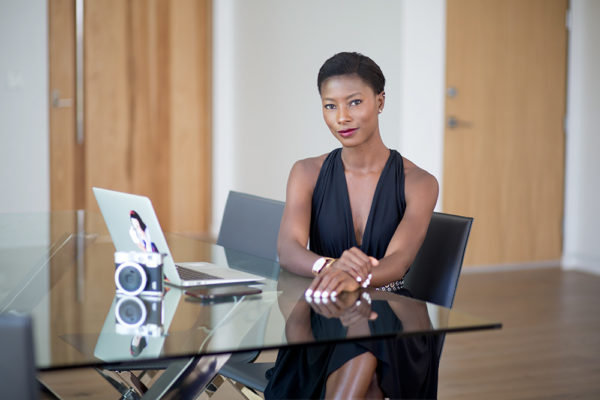 Howard was raised in Liberia, West Africa, and currently lives in Los Angeles. She is pursuing a career in modeling, but has been denied by multiple agencies who say they already have one or two black models on their roster. From her website, Secret of DD;

“Not to long ago it happened to me that I would walk into various fashion model agencies and I would immediately be compared to that one or two black model that they had on the roster. Even though I was told by those agencies that I have an amazing look and wish they could represent me, they already have a black model. Besides having an abundance of white models. It seemed as if one or two black models on the roster are enough to represent us all. When you are told that, trust me, it feels bizarre.”

So, to make a point that black models can be just as marketable for luxury goods as white models, Howard recreated 9 major fashion campaigns. This required her and photographer Raffael Dickreuter to search for props and backdrops that matched the original campaigns.

“For this project I decided to re-shoot several of the inspiring and famous campaigns out there and try to show what they could look like with a black model. Teaming up with Photographer Raffael Dickreuter it was a big challenge to reverse engineer and re-shoot these images and get as close as possible to the original. Even though it was a big challenge it was important and necessary to do it.” 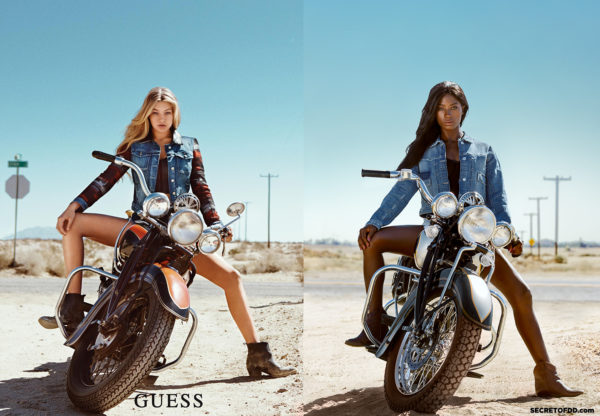 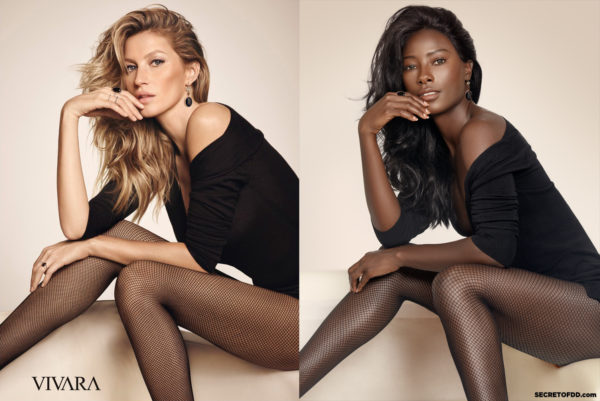 The result is a stunning photo series that has gone viral online. It more than proves the point that Howard has the chops to kill it in the modeling industry. 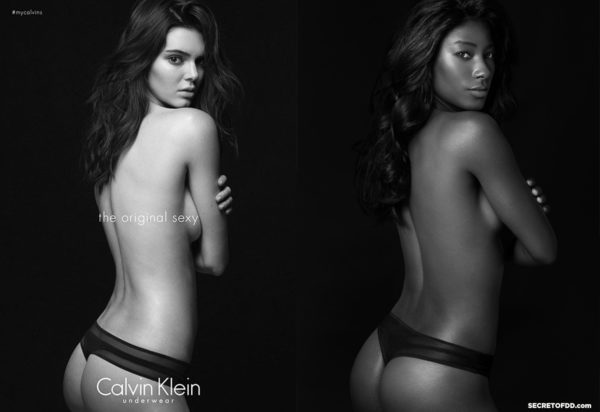 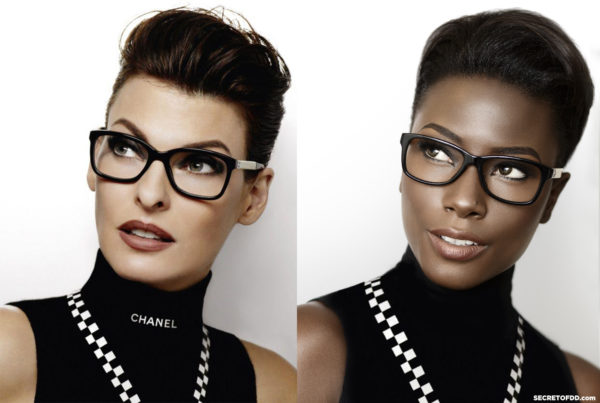 So what is Howard’s goal with this campaign?

“I hope this project can help to bring awareness back to the positive side of black people. Unfortunately we are rarely shown in a positive light in the media, but can see countless times when yet another black person gets shot or arrested. Seeing Jasmine Tookes wearing the most expensive bra at the Victoria’s Secret fashion show was so inspiring, we need more of those moments.” 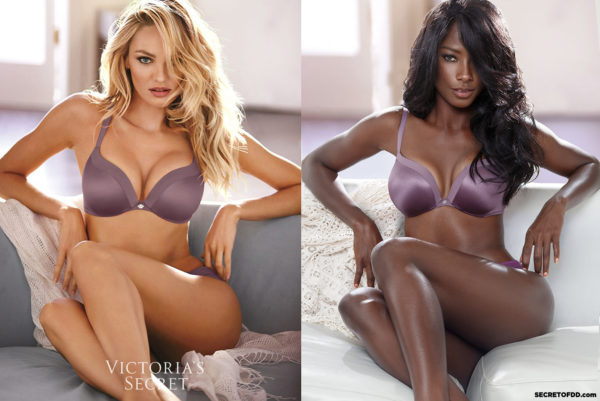 Of course black women are beautiful, and of course they can model their butts off, but that isn’t exactly the point. Many brands do not (and might never) associate blackness with luxury, class or femininity. And even when brands do employ black faces, that might not be accompanied by a meaningful respect for black life. Right after a dozen black and AfroLatina models walked the runway for the Victoria’s Secret Fashion Show, a Victoria’s Secret manager in Alabama kicked all the black women out of her store after just one was caught shoplifting. In a now deleted video, one of the black women lamented that she would never expect this treatment given how much money she has spent on the Victoria’s Secret brand over the years. If representation does not lead to substantive respect, is it worth battling for?

Ladies, what are your thoughts? Do you love Howard’s campaign? Why or why not? 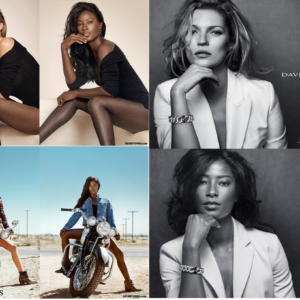 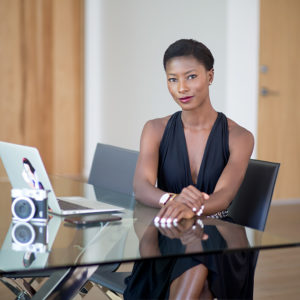 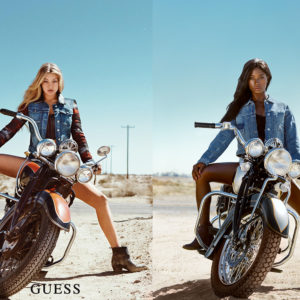 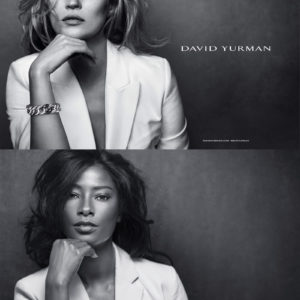 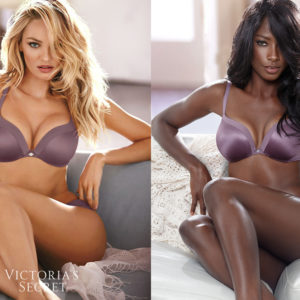 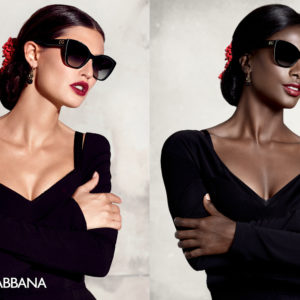 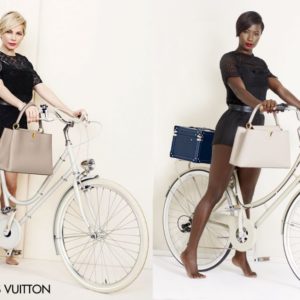 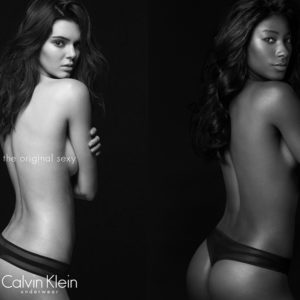 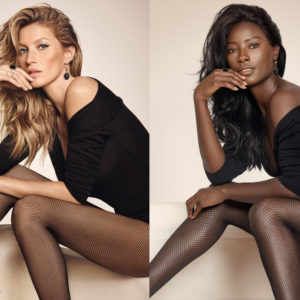 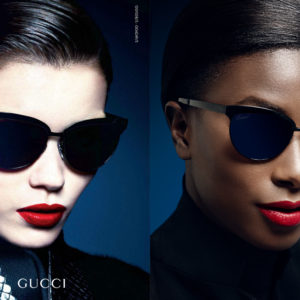 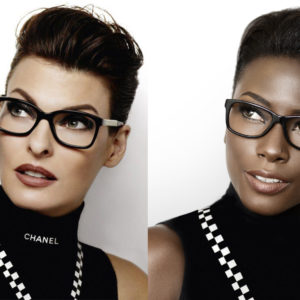 Once again, build our own, then we can hire as many black models as we want.

This is a never ending cycle.

I agree, when I see the comparison I realize that there aren’t any more excuses for the absence of such talents other than covert discrimination. All we can do is turn to black owned agencies and labels.

one. build your own, rather than ask for a seat at the racist white table. two. i preferred the white models’ campaigns because i felt that the black model kept smiling with that slight upturned crease at the corners of her mouth. the white models looked more serious in each of their picture, whereas in every one, or almost every one, the black model looked more smiley, with more of a playful interpretation or character. she didn’t really embody the “mood” of the model, but her poses were competitive and on par.

She looks flawless with a healthy glow, better shoulders, better legs, and her body is more toned…enough said.

She is so beautiful. I do love the shots of her with her natural hair the most. It’s just sad she has to even do this to highlight a problem. It would be great if we could live in a world where all women were empowered to feel beautiful and be successful but I suppose it’s our work to provide that representation and empowerment for the next generation.

I love her look and campaigns! She ROCKED IT!!!

i’m so gonna have to agree with you. i noticed that about her hair as well, and it is disappointing to me.

I am white women are wearing their real hair in these pics . Do you really think that all of these white women have straight hair ? I am tired of rules being put on black women . Why couldn’t just embrace our beauty , accomplishments , our drive , our passion ; everything we are has come down to our hair ; to

What garbage you spew. White women wear hair that looks like their own. No one is putting any limitations on black women. Why aren’t they wearing natural Afro wigs and hair that looks like their own? When I rock a weave you better believe its a kinky texture, 4b/4c that looks like my own hair. That bone straight nonsense does NOT look good on black women because their real hair does not look like that. Especially West African women and their features. Its not about skin color because Sri Lankan and Bangladeshi women are as dark as black women but their… Read more »

I agree to. Weaves need burning.

She slayed but If she incorporated natural hair texture (even in weave form) It would have taken it to another level. I JUST LOVE HOW OUR SKIN GLOWS IN PHOTOS, LIKE IT’S SO BEAUTIFUL

She nailed very look! Just went to her website, she is gorgeous!

Who gives a crap about her hair?! This woman, beautiful woman, did a wonderful job executing each photo. Her face is beautiful and she looks svelte. I’d venture to say that the hair works for her. I love natural hair but just because she has a weave does not discount her beauty or talent not ONE BIT.