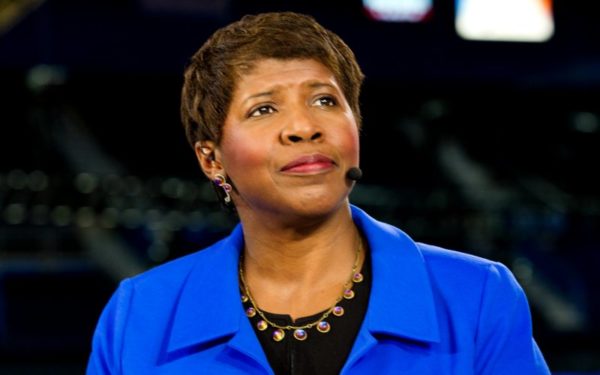 Gwen Ifill, a veteran PBS news anchor, passed away today after months of battling cancer. She was 61 years old and an iconic African American anchor our time.

Gwen was a standard bearer for courage, fairness and integrity in an industry going through seismic change. She was a mentor to so many across the industry and her professionalism was respected across the political spectrum. She was a journalist’s journalist and set an example for all around her. So many people in the audience felt that they knew and adored her. She had a tremendous combination of warmth and authority. She was stopped on the street routinely by people who just wanted to give her a hug and considered her a friend after years of seeing her on TV. We will forever miss her terribly. — Sara Just, PBS NewsHour executive producer

Born to Barbadian immigrants, Gwen Ifill started her career as a journalist after graduating from Simmons College (1977) in Boston, Massachusetts. She worked at the Boston Herald-American before climbing her way to the Washington Post, the New York Times, and NBC. In 1999, Ifill made her debut on PBS as a moderator for “Washington Week in Review”. She went on to hold other positions, including senior correspondent, at PBS and moderate two vice-presidential debates — between Dick Cheney and John Edwards in 2004 and Joe Biden and Sarah Palin in 2008.

Because of her father’s low pay, she liked to note that she was likely the only Washington journalist covering the Department of Housing and Urban Development who had also lived in federally subsidized housing. Later, as her career took her from The Washington Post and New York Times to NBC News and PBS, she reflected ruefully on her family’s struggle: “I make more money in a week than my father made in a year.” — The Washington Post

Just this year, Ifill became the first black woman to moderate a presidential debate. This Wednesday, she was to receive the 2016 John Chancellor Award (for Excellence in Journalism) from Columbia University. Gwen Ifill will be missed by many, including her colleagues and those following in her footsteps. She had a very distinguished career that brought diversity to the journalism and inspired other women — black, white, and more — in her field.
We will also miss her.

Wow, may she RIP and thoughts are with her family.

My deepest condolences to her family. May she rest in everlasting peace.…sorely missed 🙁