Black Women are Dying in Childbirth at an Alarming Rate 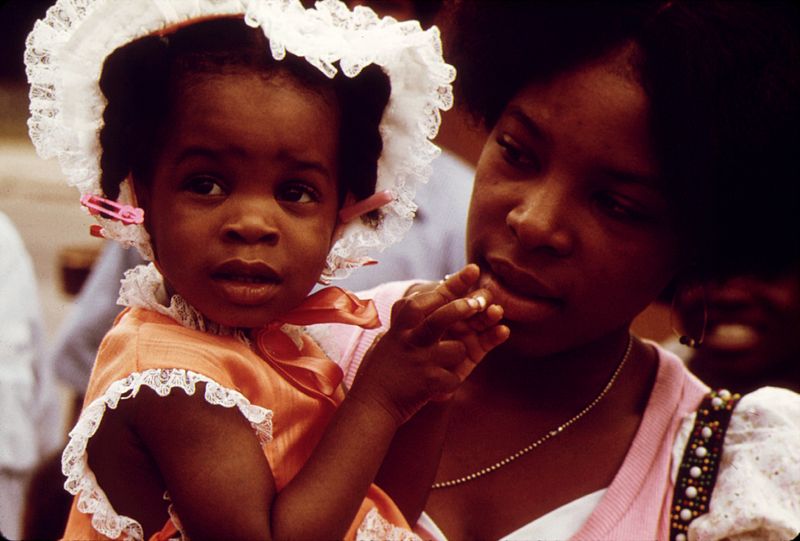 In the United States, black women are experiencing pregnancy-related deaths at 3 to 4 times the rate of white women. Though these statistics are not new, why have they not changed? Why does the government not see this as an urgent issue?

Last week I spoke at the United Nations Office of the High Commissioner for Human Rights to urge the United States to use a human rights framework to improve maternal mortality in the U.S. That’s right: Black women are dying around the world, and black women in the U.S. need to be placed in the context of an international crisis. — Dr. Joia Crear Perry, The Root

Unfortunately, maternal mortality is on the rise in the United States — unlike in any other developed nation. According to the Center for Disease and Control (CDC), 64.8% of the pregnancy-related deaths during 2011–2012 were caused by diseases (non-cardiovascular and cardiovascular), infection, hemorrhage, and cardiomyopathy. The CDC also noted huge racial disparities in these deaths:

During 2011–2012, the pregnancy-related mortality ratios were:

So, why are black women experiencing such high maternal mortality rates compared to white women (and women of other races)?  Well, first, let us remove the influences of age, socioeconomic status, and education level of the mother. According to the CDC, black women have maternal mortality rates at 3 to 4 times those of white women even when controlling for those factors. Rather, discrimination may be a factor in these racial disparities as examined in “Discrimination and racial disparities in health: evidence and needed research” in the Journal of Behavioral Medicine. (The paper revealed a strong association between racial discrimination and adverse health.) The considerable racial disparity in maternal mortality may then lead to “lack of prenatal care, lack of access to adequate care, and high rates of co-morbidity, or pre-existing conditions”, according to research at the University of Texas Medical Branch.

The U.S.—a country that spends more per capita on health care than any other developed nation—has one of the most sophisticated, technologically advanced health care systems in the world, but we still have inequities. Black women are still suffering from preventable maternal deaths. …
The human rights framework gives us a way to address structural racism in the U.S. Human rights law provides a more robust analysis of discrimination than the U.S. legal framework, which was constructed on the premise of inequality of human value based upon race.  — Dr. Joia Crear Perry, The Root

That’s definitley systematic racism and most people mean to tell me that racism is in the past or far harmless than back then. No way. This is genocidal in full effect. I will share this in black communities. It’s worth the talk.

Just one of the many reasons we chose a home birth with midwife. Cannot trust these hospitals!

56.6 % of black women are also obese. A lot of people do not realize that weight can bring about A LOT of pregnancy complications.

its not that black women dont take care of themselves it’s centuries of oppression and depression in our families and self hatred .No one teaches you how to take care of yourself youre not taught to eat healthy that certain things arent good for human beings to consume on a daily basis everyone wants to say black people dont do this and black people dont do that and some black people want to deny it but there’s just a lot of scars in the black community that need to be dealt with to make things change, things dont just dissapper… Read more »

The United States does not have a universal health system ( like the UK has for instance )which means access to good health faculties excludes many and the sad reality is it’s black and ethnic minorities. It’s not about hospitals not catering for expectant black and ethnic mothers. How many low income free prenatal facilities exist in the United States? How well informed are we as black women regarding the many antenatal issues? The healthcare system in the US has to change and I don’t see that happening.