Skip to main content
My Wishlist Login
4A Hair

Despite Being Advised Not To, Miss DC Cierra Jackson Kept Her Hair Natural for the Miss America Pageant

Miss America contestant Cierra Jackson was advised by many not to rock her natural hair on stage, but she did so anyway. The Spelman College graduate won the competition’s swimsuit segment, but lost out on the crown. Even so, she has no regrets. 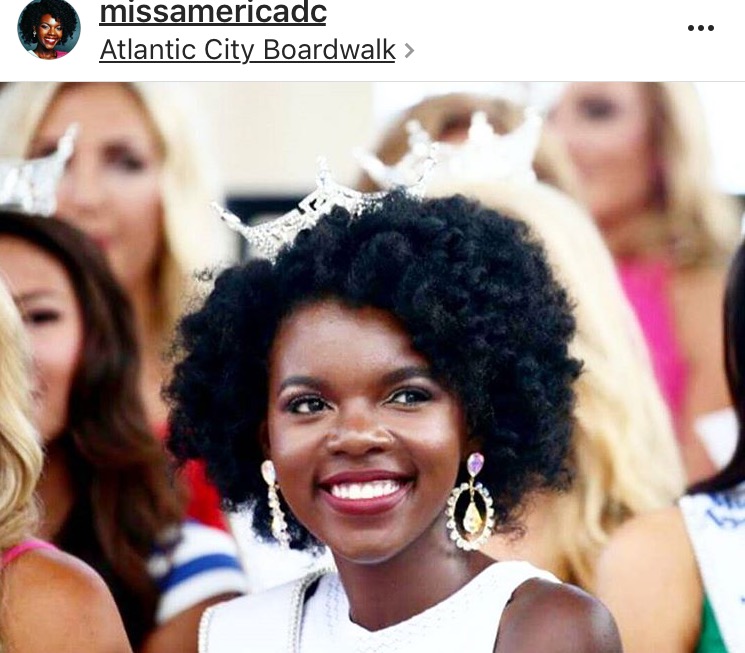 “I’ve had so many people tell me that I shouldn’t wear my hair naturally curly on stage, but there is a purpose behind that vision,” she said during a Ledger-Enquirer interview. “It’s to show people that you can still be successful, you can still be amazingly talented and still reach all of your goals. I think that’s a universal message that anyone can grab on to and hold on to in their lives… I’ve been so blessed that the Miss District of Columbia Board has been so open to allowing me to express myself in that way and embraced me choosing to present myself in an authentic way… I know that it happened this way because God destined it to be this way.” 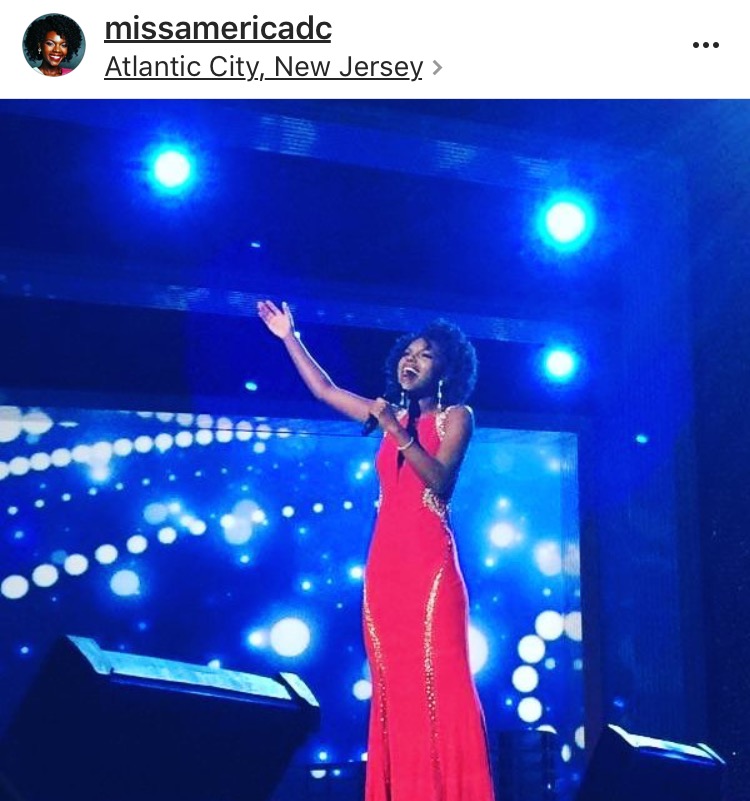 Some believe that if Jackson wore her hair straight, she would have gotten closer to winning the crown. That may be true, but what the naysayers fail to realize is that Jackson knocked down a wall the night of the pageant. She opened the door for other women with kinks and curls to be just as naturally beautiful as she is. Jackson may not have won the crown, but she certainly shifted public opinion and won our hearts.

She looked beautiful. I don’t get it ’cause her hair doesn’t look like something anyone should be ashamed to wear, let alone advised not to. Our natural hair is not some foreign object that needs to feared or regulated. It’s just beautiful in all its uniqueness, so get over it people.

Its because of the pageant. If you notice, the majority of white women have long hair (they wear weaves, clip-on). If they have short hair its never above their jaw line. its part of the pageant that has yet to be let go. There is this antiquated idea of what a woman should look like and they won’t let go.

It is so time to let go of these ill standards lended to the minds of whites by their ancestors and forced upon others especially kinky hair women, antiquated for real.

really, it’s pageants in general that are gross in many ways. Would love to see more women be more real if they insist on participating in these “shows”. ALso her hair is awesome.

Thats why we need our own pageants where our women will wear African hairstyles and even African attire. Her hair is beautiful

She is exceptionally beautiful, natural curly hair and all. I admire her loving herself and being authentic.

Stephine, sorry don’t agree you need your own pageants. that harkens back to the separate but equal days which I hope we’re past. Honestly, I don’t understand why her hair was even a topic for discussion. It’s beautiful and makes her happy and that’s really all that matters.

Why does black people have to do a jig before being acceptable to the white power structure?
Wear your hair as natural as you can black people. Screw what white freaks think about you.I do not always like to see their long stringy monkey/dog/gorilla hair either. Screw ’em.

I’m sick and tired of black women being told to “hide” or be ashamed of what grows naturally out of our heads.

We use to have our own Pageants not sure what happened but we can certainly start them up again absolutely!

Am I the only one tired of these beating-the-odds stories w/blk folks proving that our attributes won’t hold us back? At what point will we create our own spaces so that we can stop grovelling for crumbs at someone else’s table? We’ve been fighting this acceptance and beauty battle for far too many GENERATIONS. Enough already.

We’re definitely “defining our own sense of beauty.” An it couldn’t come at a more appropriate time. Everyone should be allowed to stand in their own truth. Thank you Mother for instilling that in us early on.

I am so proud of her for how she wore her hair. Truth be told, fuck straight hair that is not even hair but fur. You go, girl!

Why should we change what is God-given into worthless standards of man??..to only be pleasing to the most simple minded.

Isn’t it sad that she had to thank those who ‘allowed’ her to wear her hair naturally and that some thought she would have won the contest with straight hair? When are we going to come out from the eurocentric view that straight hair is the best? She’s a beautiful girl and I’m sure there are some serious brains along with that beauty, that is what will carry her through life.

Who advised her not to wear her natural hair? I’d like to meet them so I can tell them what she couldn’t or wouldn’t say.

Natural beauty should be what we should attest to and admire! I know I wouldn’t kick her out of my bed.

Can’t put a crown on a crown.

What’s sadi to me is that this is a news worthy issue. Fry your hair and kill it with a perm and it’s fine. Wear your hair the way “God” made it and there’s a problem.

We need to stop worrying about what others think of our hair, including other black people. No matter how we decide to style our hair, as black women all styles are considered black/ethnic styles! Stop asking for permission and rock what you feel like wearing. Her hair is beautiful 🙂

I Love Being Black – Tag Black

Her hair is gorgeous, why should she change it? I’m glad she decided to wear it natural. She’s beautiful, with beautiful hair.