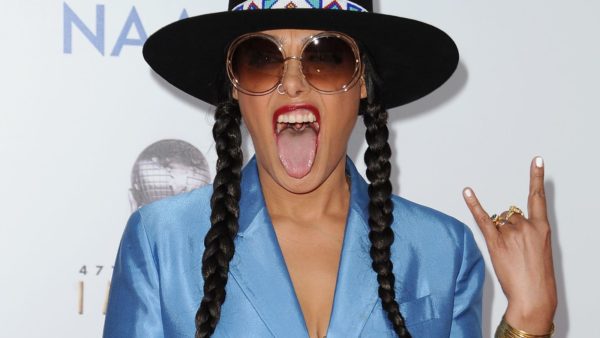 Cree Summer is the epitome of a kick ass black woman — confident, quirky, and outspoken. Most people know her as Freddie from A Different World, whom most would call an original carefree black girl. However, Cree doesn’t necessarily agree with the term. In an interview with Fusion, she expresses her thoughts (emphasis ours):

I don’t know a single black girl who’s carefree because it ain’t easy being a girl of color, period. God, I wish we were carefree. A lot of political things would have to dramatically change in this planet for a woman of color to be carefree. But I think what they mean by that is more of an aware black girl, a conscious black girl. The more conscious you are, maybe the less cares you have and maybe the more cares you have as well—it kind of goes hand in hand. Self-awareness and more self-love and also the ability to care for other black women. It has something to do with being politically aware of where you stand on this planet and I think it has to do with not accepting the definition that’s been given to you by designing yourself. I’ve always been a loud mouth that way. I’ve always been proud to be different, I’ve always stood out like a sore thumb and I always have not given a damn.

Although I use and like the term, her explanation makes sense — Summer’s right, we can’t literally be without a care, but being aware is empowering in a kind of way that allows you to stay true to yourself.

Cree has also had a successful voiceover career, lending her distinctive voice to characters on Tiny Toons, Rugrats, Robot Chicken, Pound Puppies, Thundercats, and more. However, she points out the lack of diversity in the animation industry and that there still aren’t that many black cartoon characters on TV, stating that you can probably count the black superheroines “on one hand.” There’s still common opinion that black women don’t watch cartoons or like comics, but we’ve seen that proven wrong time and time again, even on BGLH. 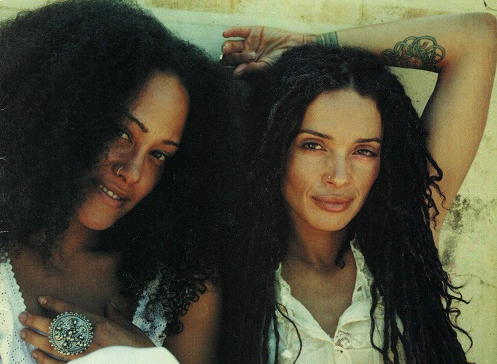 On the topic of friendship, Summer discusses the media’s tendency to pit women against one another and how it’s important for us to be around others who make us feel good about ourselves.

Girls that make you feel good about yourself, that’s the most important thing. Listen, I hit the jackpot, I really did. I can’t complain about a lot of things because I have such a deep piracy and sisterhood and girl gang that is just so powerful. To have girlfriends in your life, they reflect back to you how strong you are, how funny you are, how fine you are, how powerful you are. That’s one of the awful things that has happened in this world is there is a conspiracy against women and so much propaganda that we don’t know how to be friends.

That’s bullshit. If anybody knows how to be friends, it’s black women. We have been enslaved and had to care for each other and each other’s babies and pick each other up in so many powerful ways. We know to take care of each other, we know how to be friends. Don’t buy the lies. That’s why I say Support Your Local Girl Gang because when I fall down and my world is in shambles, the ones that take care of me and pick me up and put me back together are my sisters, my friends. I can’t stress enough the importance of having women friends. It will change your life.

We couldn’t agree more and appreciate Cree’s “take no shit” stance on life and how she embodies power and confidence.

“That’s one of the awful things that has happened in this world is there is a conspiracy against women and so much propaganda that we don’t know how to be friends.That’s bullshit. If anybody knows how to be friends, it’s black women.” That is one of my favorite lines out of this entire piece, and so relieving to here. Thank you for that Cree!

she is simply inspiring and such a big part of my childhood. Miss her voice as Susie Carmickle on rugrats, Danny Phantom, and so much more. LOve this woman and hope I get to go into the voiceover industry as well. I would love that!!

I totally agree!
I love her IG. She is amazing. ?