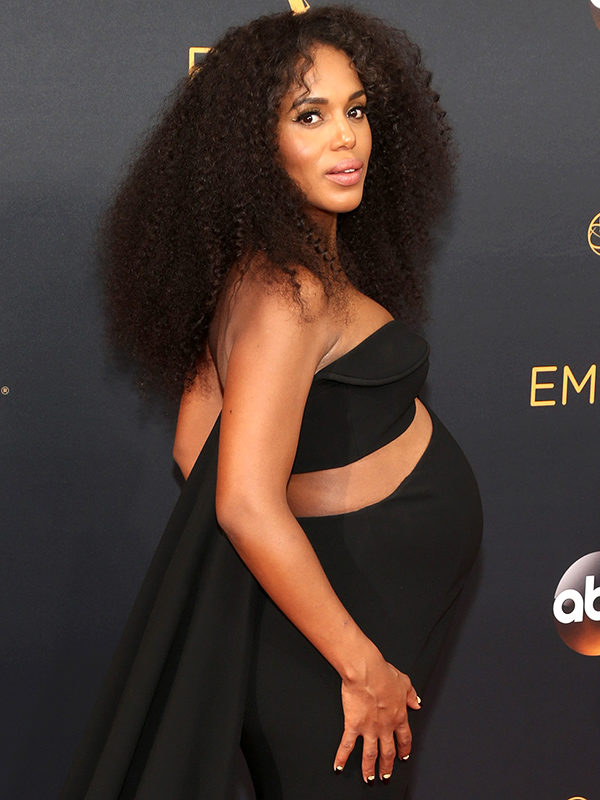 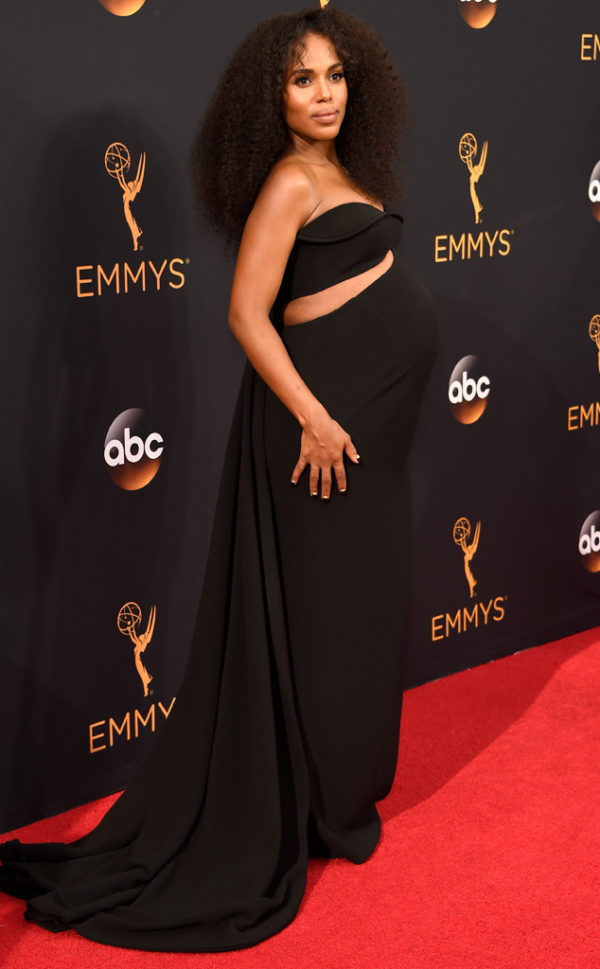 Kerry Washington, a celebrity known for being extremely private, surprised everyone on Sunday at the Emmy Awards by showing up in a dress that flaunted her baby bump, and she was absolutely glowing. Washington donned a custom form fitting black gown with side cut outs by Brandon Maxwell, pairing it with diamond drop earrings by Fred Leighton, black sandals, and natural curls. I especially love that the look is paired with a nude lip, which really puts an emphasis on her hair and dress. 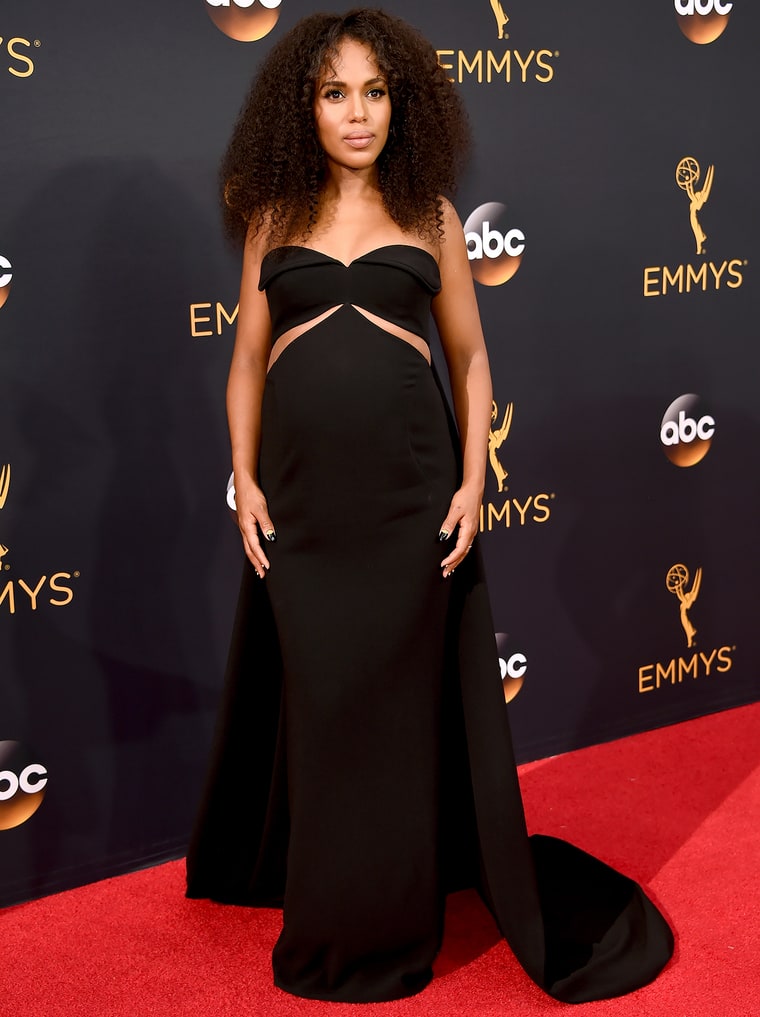 When asked about the gorgeous look, Us Weekly reports that Maxwell told Stylish:

“From the moment I saw Kerry’s Brandon Maxwell dress, I felt the it was minimal yet edgy with the peek-a-boo cutouts,” the pro, who also works with Gabrielle Union and Leona Lewis, tells Stylish. “My inspiration was her baby bump. I still wanted to keep her look modern and fresh even though she’s expecting. I really wanted the hair to stand out — that’s why I styled it with a lot of texture but still show her face with a middle part.”

Washington also appeared in Brandon Maxwell at the Confirmation screening, which is the HBO film that earned her an Emmy nomination for Outstanding Lead Actress in a Limited Series or a Television Movie this year.

via W Magazine courtesy of Getty

She has a two year old daughter, Isabelle, with her husband Nnamdi Asomugha, but has not allowed the media to photograph her — a feat almost impossible to pull off in Hollywood. And while we respect her privacy, we love seeing Kerry in this look as a stunning mama to be!
emmyskerry washington