Lifestyle vlogger and natural hair guru Taren Guy is known for her gorgeous larger than life curly mane. Her huge afro has been her signature look through the years and she was one of the first natural hair vloggers to become quite popular on YouTube. Lately, Taren’s followers haven’t seen much from her regarding her natural hair. Her last hair tutorial was months ago and she hasn’t been discussing hair much on her social media accounts. On Monday we learned why.

Taren announced that she has official started her journey to free form locs. Free form locs are grown out organically without re-twisting or parts. Taren shared that she has been thinking about locing her hair for a very long time, but only recently had the courage to pull the trigger. 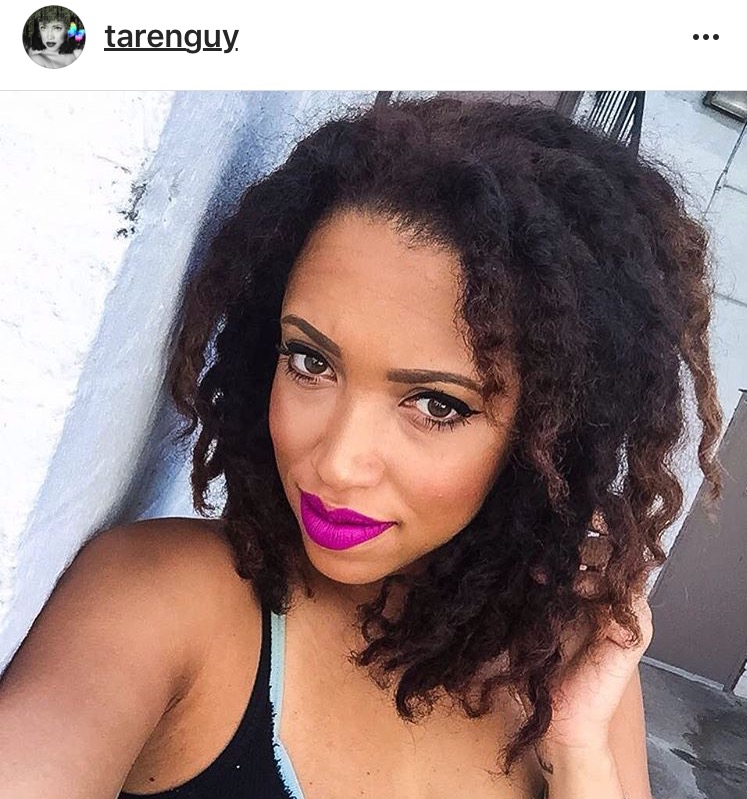 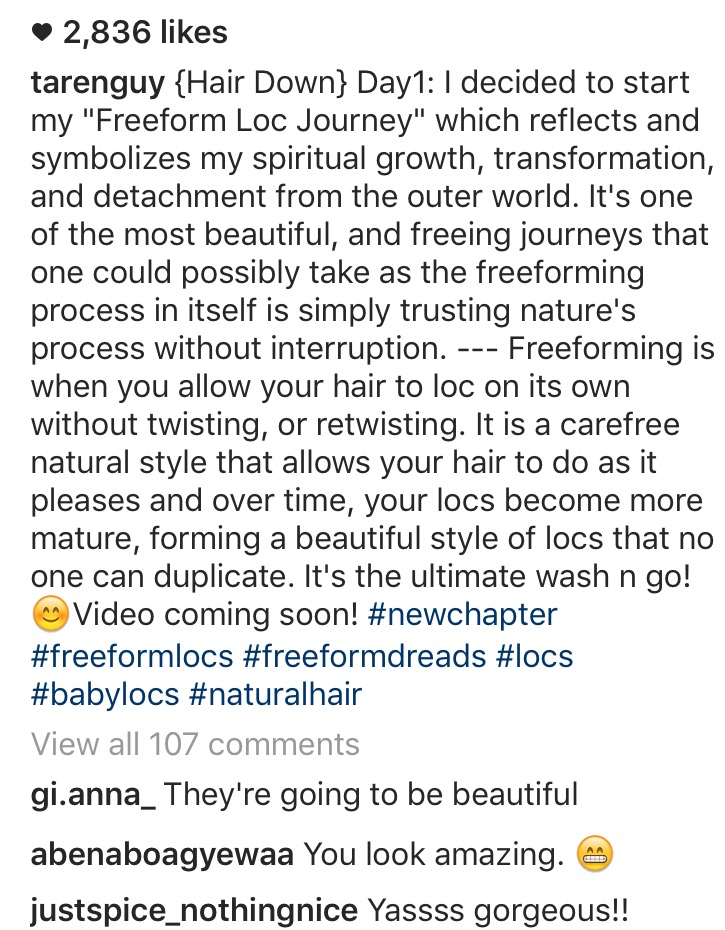 In a YouTube video, Taren explains that she decided to loc her hair because her big curly afro was heavily associated with her image and who she is as a person. As a result, she became dependent on that image and felt as if she always had to wear her hair out in it’s perfect shape. Even on days when all she wanted to do was throw her hair in a bun, she pushed through those feelings and begrudgingly styled her signature curls. 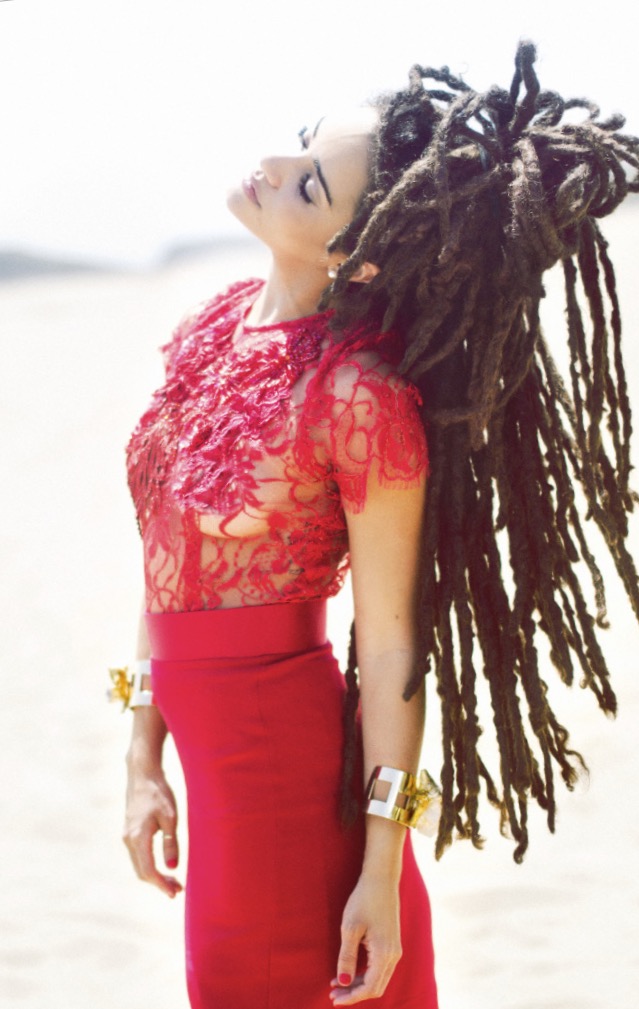 After a while, Taren said she realized that she was using her hair a crutch and depended on it for so many things, like financial gain, self esteem, and how “present” she felt when she walked into a room. Her hair had become a tool to gain validation in others’ eyes. It was time for her to detach from her hair in a healthy way. 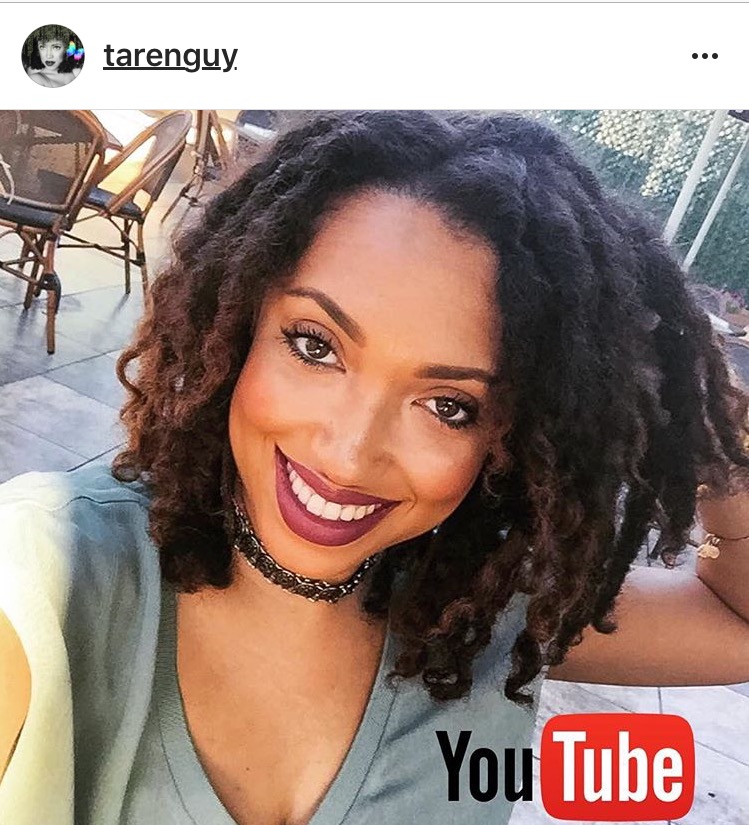 Spiritually, Taren chose to loc her hair because she didn’t want to simply cut it off. She wanted to keep it because she believes that your hair is a reflection of you and gives off energy. She also believes that hair tells a story and by locing her hair, she would be paying homage to her old life while looking forward to growth and the future. 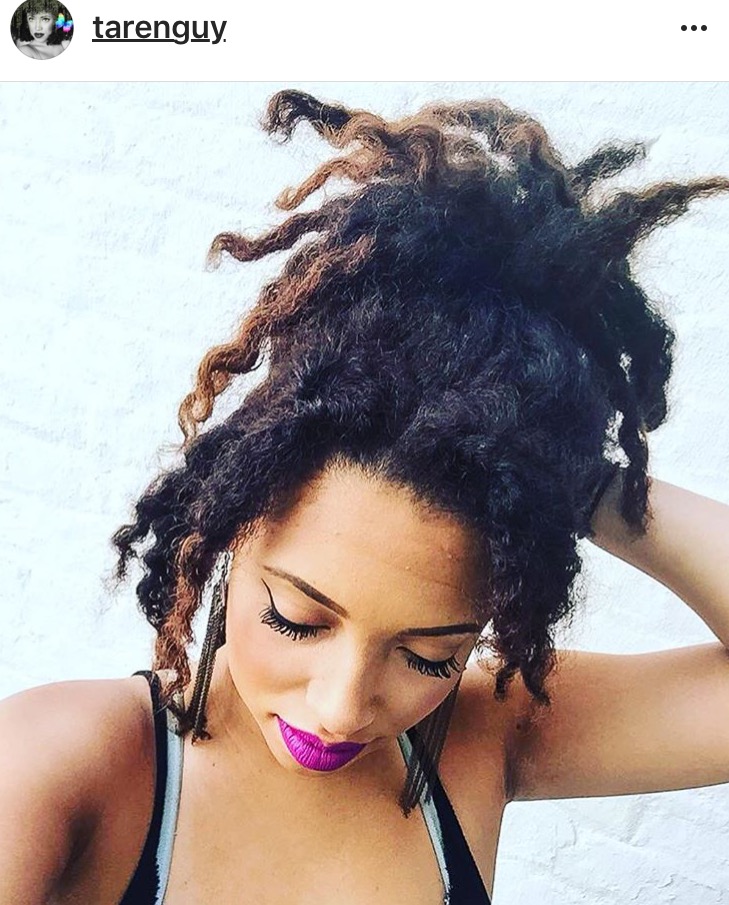 Choosing the kind of locs she wanted wasn’t easy. She spent a long time considering which kind of loc, which loc technician, and which products she would begin her journey with. However, half way through the process, she had what Oprah calls an “ah-ha” moment. She noticed that she was starting to fall back into her old habits regarding hair and eventually decided that free form locs would suit her personality and spiritual journey much better. Thus Taren started her own free form locs from a twist out. Because she wanted her locs separated, less matted, and hates parts, starting from a twist out was her best bet. According to Taren, this decision was her best yet and she’s excited to continue her journey.

“I’ve never felt this beautiful ever in my life and I actually feel beautiful. It’s the ultimate freedom for me. It just makes sense,” she said.

Check out the video below.

I follow her on fb and I love the look.

This is great. Love her locs. I’m so glad natural hair is growing in numbers. I see it alot.

Locs and Chains: Nothing to ‘Dread’ About Locs Except Discrimination if You’re Black

[…] gaps exist because we don’t change ourselves to conform. One of my favorite natural-hair gurus, Taren Guy, has recently decided to start free-form-locking her iconic ’fro. She has been honest that not […]