On August 18th Anastasia Beverly Hills is releasing a new line of stick foundation, the first foundation that the brand has offered. While stick foundations are already a fairly unique product, what makes this one especially awesome is that it comes in a whopping 24 shades (and apparently it will eventually be 30 shades) — basically usually unheard of in mainstream makeup, where darker skin tones are often ignored. 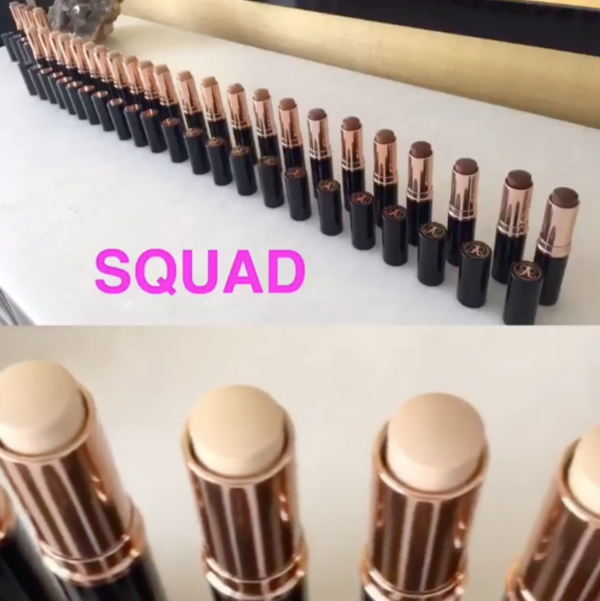 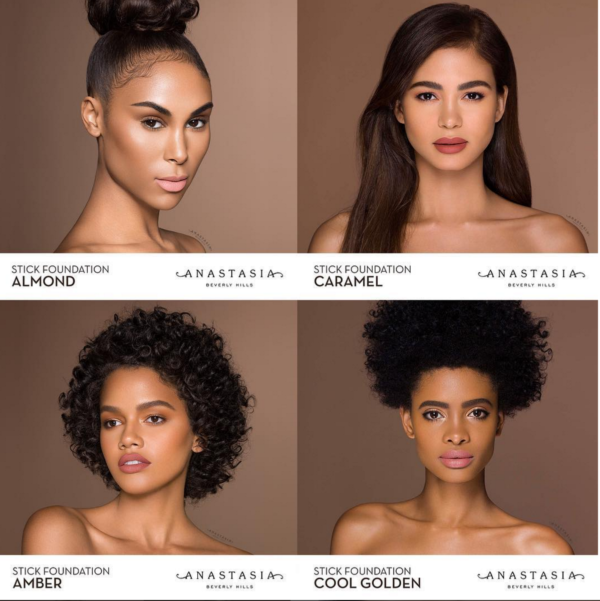 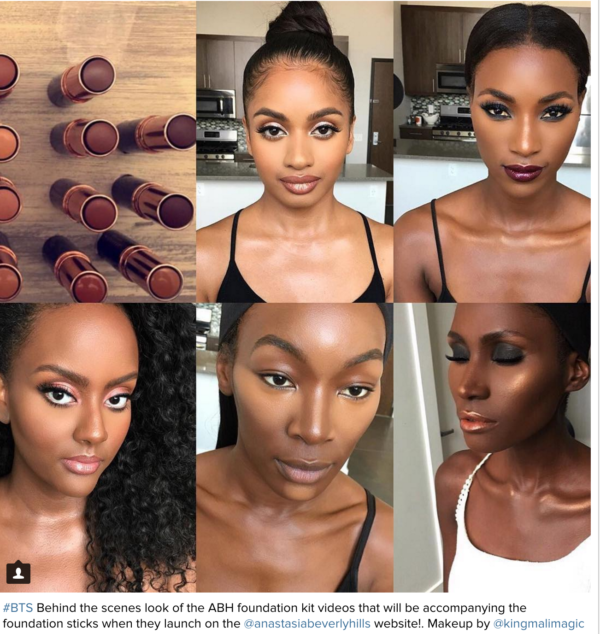 Anastasia Soare’s daughter, Claudia, has been on Snapchat talking about the launch, and she indicated that they specifically wanted to provide a wide range of shades for women of different skin tones, even pointing out that 24 shades still won’t cater to everyone, but it’s a good start. However, Anastasia is not new to promoting diversity in their products, with their contouring kits, highlighters, and bronzers all coming in shades that cater to darker skinned women. The sticks are said to work best on oily/combination skin. 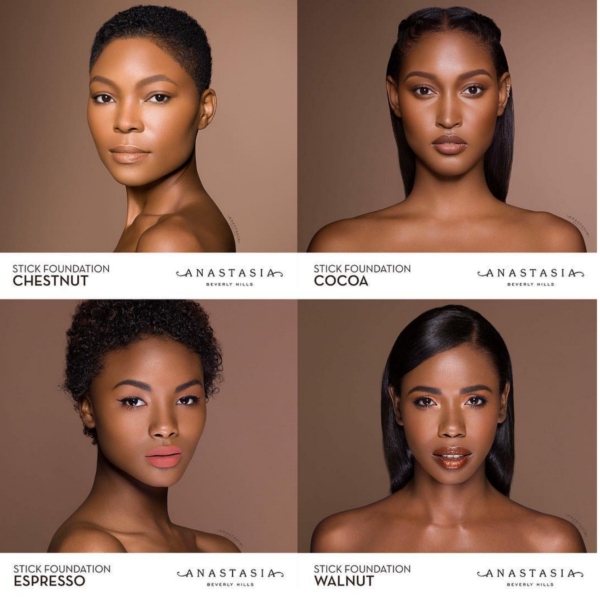 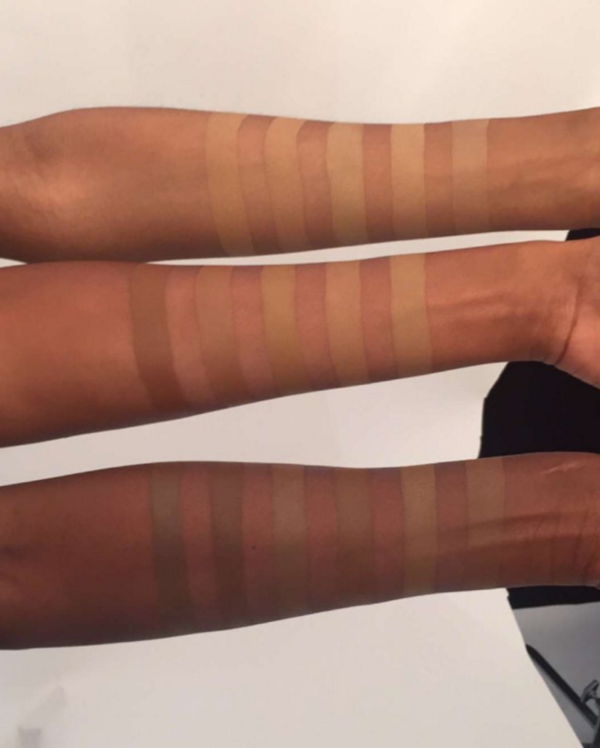 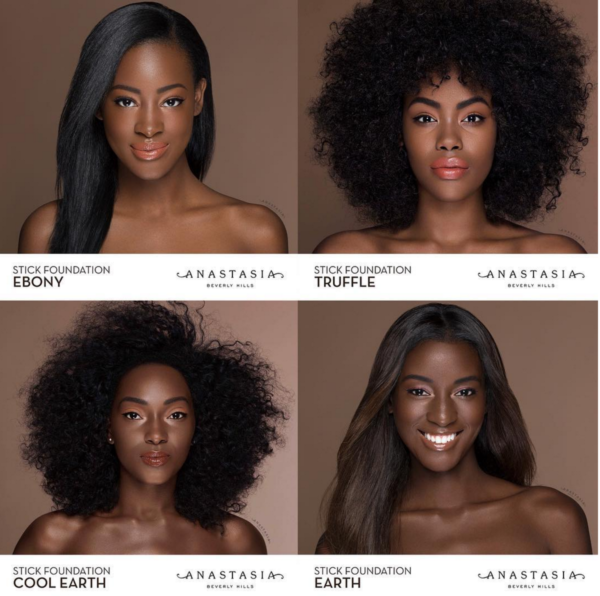 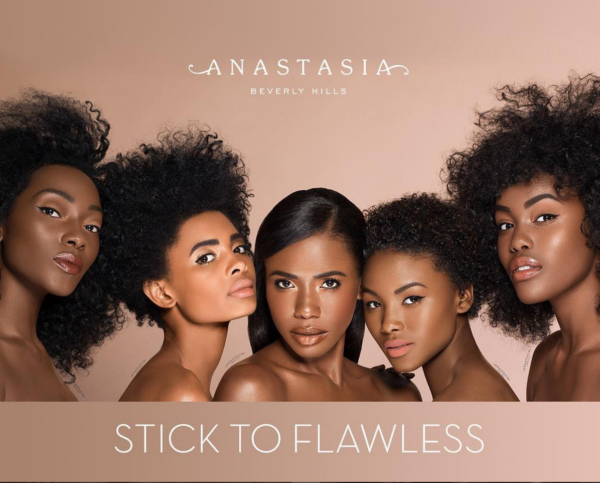 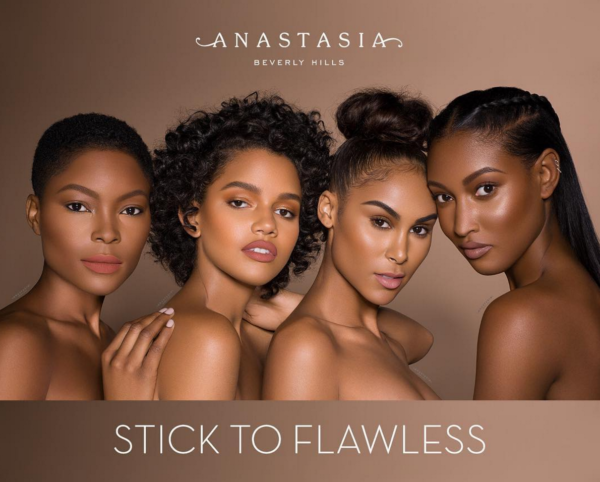 Just look at all of that melanin! It has been reported that five of the darker shades will not launch until October, but they did not specify which shades those will be. Either way, we’re excited for this product launch and commend ABH for the expansive shade selection. Kudos!
foundationmakeupskin tones

Jesus this post is so beautiful in every way…i’ve also been blinded by all the diverse, black beauty. This is awesome to see!

I truly respect that ABH used such a wide array of foundation colors upon INITIAL release. Many companies view melanin as an afterthought.…hopefully this will set a precedent across the industry!

I don’t use foundation as a general rule but I’m definitely interested in seeing what else this company has to offer dark-skinned women like me. Thanks for sharing!