Some of the women of Tanzania’s Kurya tribe are reclaiming their freedom and right to own property by marrying older women in a local tradition known as nyumba ntobhu (house of women). According to a recent article in Marie Claire, “the practice allows women to marry each other to preserve their livelihoods in the absence of husbands.”

By Kurya tribal law, only men can inherit property, but under nyumba ntobhu, if a woman without sons is widowed or her husband leaves her, she is allowed to marry a younger woman who can take a male lover and give birth to heirs on her behalf.

While legally married in a same-sex union, these women are not romantically or sexually involved. To Westerners this sounds bizarre, to the nyumba ntobhu, however, the arrangement is win-win. According to Kurya reporter, Dinna Maningo:

these women realize the arrangement gives them more power and freedom…It combines all the benefits of a stable home with the ability to choose their own male sexual partners. Marriages between women also help to reduce the risk of domestic abuse, child marriage, and female genital mutilation.

The arrangement usually involves a younger woman of child-bearing years marrying an older woman who is either childless or without a male heir. It’s expected that the younger woman will take a boyfriend and produce an heir for her household. Given that birthing children is expected of all women in their society, marrying a woman doesn’t change that norm. Marrying each-other, however,  does allow the women to choose her sexual partners, and have sex when they choose. Marriages to men are almost always arranged by the male head of a  household, with some girls as young as 12 being married off in exchange for cattle.

Domestic violence is the most common form of violence in Tanzania. In 2013, a survey by the Ministry of Health and Social Welfare found that 45 percent of women aged 15 to 49 had experienced sexual or other physical violence in the home. 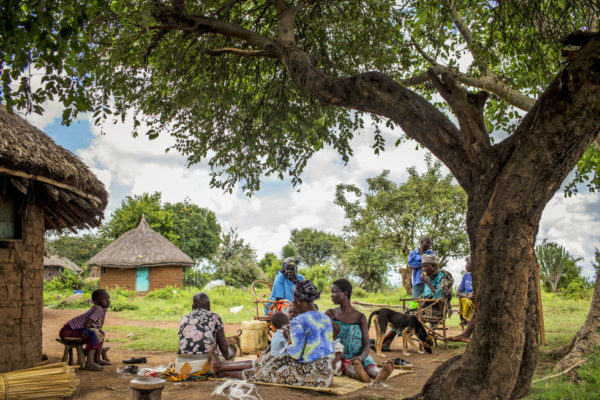 Paulina Mukosa, a younger woman who is married to two women (the Kurya are polygamous society), says the arrangement was just right for her,  “I understood that I had to give birth, but I wanted children anyway, so it was my choice as well. There is no choice if you marry a man—as well as giving him children, you must also have sex with him whenever he wants, or he will beat you for being a bad wife.” Mukosa also has a boyfriend. “So far he has treated me beautifully,” she says. “But I can easily break up with him if that changes.”

It’s important to note, however, that these marriages are not recognized by Tanzanian government. This fact can become problematic for the women should the father of children produced in such arrangements desire to seek custody of the child or children. In some cases Tanzanian law has upheld tribal laws (which grants rights to the child to the nyumba ntobhu), while in other cases the biological father is awarded custody. Thankfully, these cases are rare. 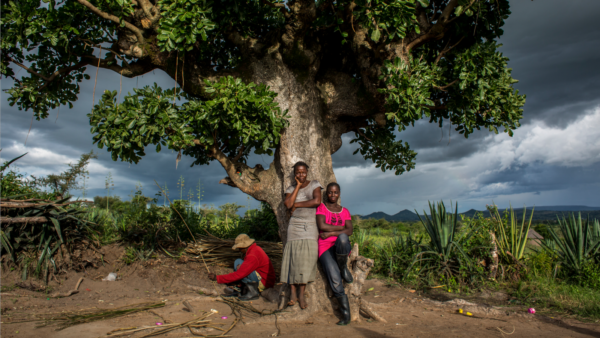 While it’s clear why the women would want to become nyumba ntobhu, the male-led tribal council’s motives for upholding this tradition are quite different. Speaking on behalf of the 200-member tribal council, the tribal elder, Elias Maganya, had this to say about these same-sex marriages:

They solve the problem of what to do about widows. A widow gets to keep her property, and she does not become a burden when she gets old…No man wants to marry a woman who can no longer bear him children…If a woman is widowed, the remaining members of her dead husband’s clan want his property to stay within their group…They prefer her to marry a woman rather than get remarried to a male outsider.

While it’s clear simply changing the law to allow women to own property outright would be the most optimal solution to the widow problem, this work-around is affording many women the opportunity to claim ownership of their bodies while fulfilling their societal obligations. Read more here.

What do you think about the nyumba ntobhu of Tanzania?

Okay, quick thing. Some of them are NOT married off for cattle as if it’s some bartering system. It isn’t. Yes it is true that the man’s family gives the woman’s family cattle before marriage but it isn’t a way of buying her it’s just tradition. It’s a way of saying “hey, thanks for raising such a bomb ass daughter, here is some cattle because she means so much to me” that’s why the number of cattle can vary according to if she has a good education, if she’s a self made woman or if she’s kind and wise. It’s the… Read more »

Truth Only
Reply to  Oratilwe

Oratilwe
Reply to  Truth Only

Reading the full article on marie clare, this system still requires that the heir be male in order for the women to retain the property. Doesn’t solve anything really cause as long as they produce girl children, the property doesn’t remain with them. And so they will have to keep on having kids until they finally get a boy, which is not right. And then going on to the effects on the girl siblings — the girls don’t realise their intrinsic value as people cause all that’s on their mind is “im not good enough cause im a girl, it’s… Read more »