It’s no secret that Buying Black has become more popular.  Many of us are making a concerted effort to buy from small and/or independently-owned black businesses. BGLH frequently features these companies from makeup, to skincare, to handbags, to swimsuits, you name it, we’ve covered it. And we’re not the only ones. Several Black-run blogs have shared curated lists of black businesses we can all support. 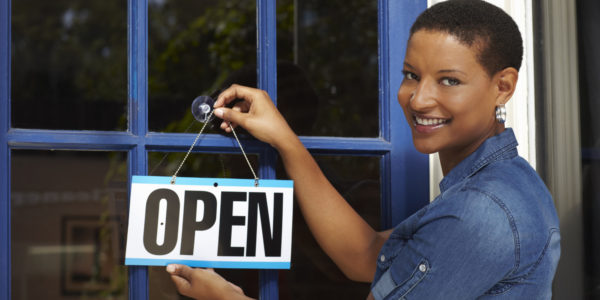 But it isn’t enough. Keeping abreast of all of these lists and finding the company that sells exactly what you need when you need it,  however, can be a bit of challenge.  Thanks to Angelica Coleman‘s invention of a BuyBlack Google Chrome Extension, our problems have been solved.

In this instance, I used  my favorite spot to buy makeup, Sephora. By clicking on the black fist, I was presented with a number of black-owned cosmetics companies to shop from instead. Genius. And  it’s not surprising that such a genius invention would be created by Coleman who is the Programs and Outreach Director for the Reboot Safety.

Coleman says her reason for creating the extension was simple:

I think over the past 2 years that it’s become so apparent how little things are created with black men and woman in mind, and I was so frustrated with not being able to find  things that were made for me.

Coleman also says it’s especially common in Silicon Valley to hear people say things like,  “Black people aren’t easy to find,  or they aren’t qualified, or that they don’t do great things so they aren’t hired.”

I wanted to remind people that that’s not true and that black people do create things. We’re not invisible in society.

Reboot Safety held a Hackathon 4 weeks ago with a mission  to “to recognize and support the power of every individual’s contribution to safe, prosperous communities.”   To create the Chrome extension, programmers and engineers got together over a 2-day period period to work on solutions to problems affecting the black community. According to Coleman, some of the issues on the table included police violence, economy, mental health, education, land ownership, housing and lasting wealth.

To submit a black-owned company to be added to the Chrome extension listing simply click here.

this is absolutely amazing. added the extension before I even finished reading the article. Continue doing big things Angelica!

Here’s an idea, why not buy from the retailers with the best product and best service at the cheapest price without discrimination?

Are you new here? You must be.

This is great, I hope Angelica will make an extension for Firefox users too.
– kinkykhick

Brilliant. AND the add-on was created by a very cute female black boss/geek!!!! Smart black excellence!

We love this idea! Submitting our business now! ?