Being that 1.3% of feature film directors are women of color (Directors Guild of America, Diversity Report), some powerful black woman are rising above the statistics. From feature films on racial inequality to relationships to women’s issues, these nine directors are shaking up the theaters in 2016 and 2017.  Here are the incredible women and the movies they are directing. 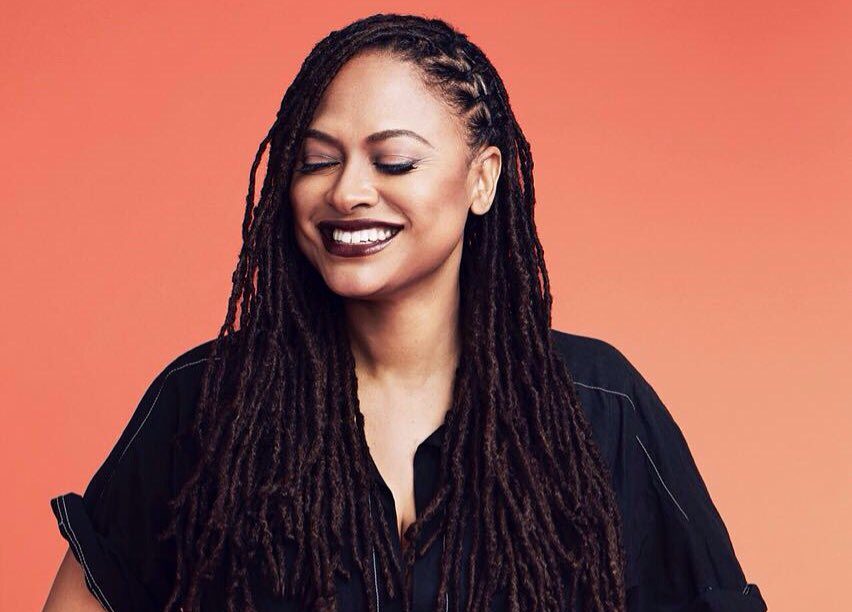 The 13th is documentary on the racial equality of the United States prison system.  This film is set to release in theaters across the USA on October 7, 2016 as well as on Netflix.  It will also be the first nonfiction work ever to open the New York Film Festival this year.

DuVernay, who most famously directed Selma (2014), will be working with Disney on the upcoming adaptation of the classic novel, A Wrinkle in Time.  With this motion picture, DuVernay will be the first black woman — and, actually, first woman of color — to direct a $100-million budget live-action feature film (Time).  The film will also star Oprah Winfrey as Mrs. Which.  A Wrinkle in Time is set to release in theaters in July 2017. 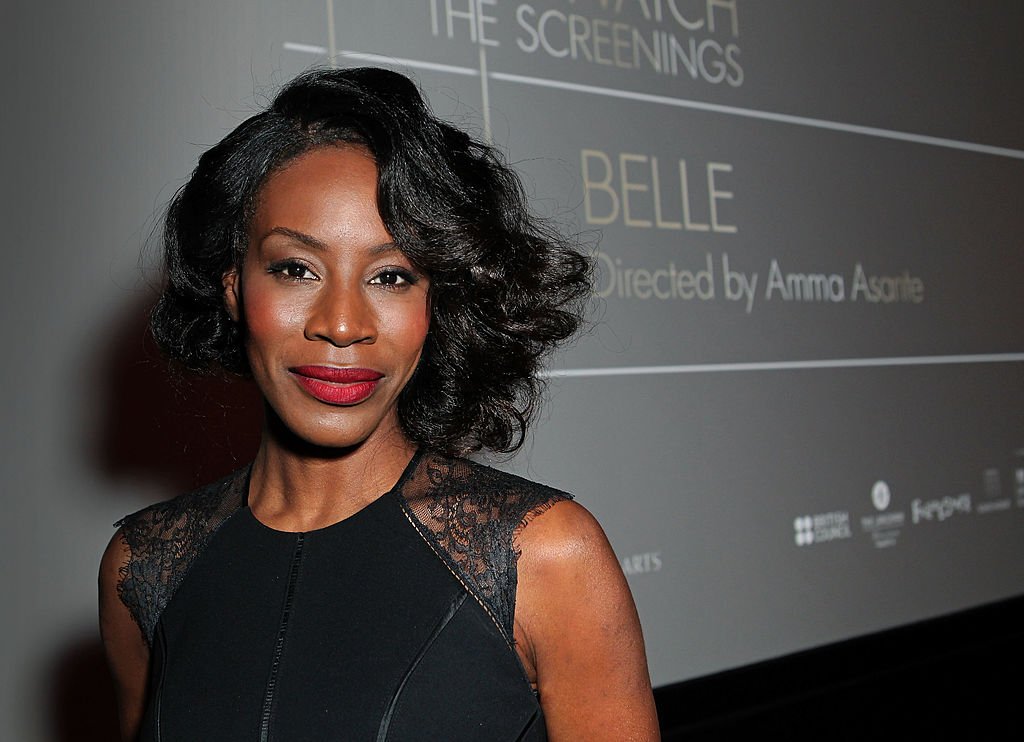 Amma Asante rose to fame when she directed Belle in 2013.  Now, she is directing A United Kingdom, which is scheduled to be released on November 25 (UK), September (Canada), and March 9 (2017 in Denmark).  The film is based on the true story of an international stir caused by Prince Seretse Khama (Botswana) when he married a white English woman. 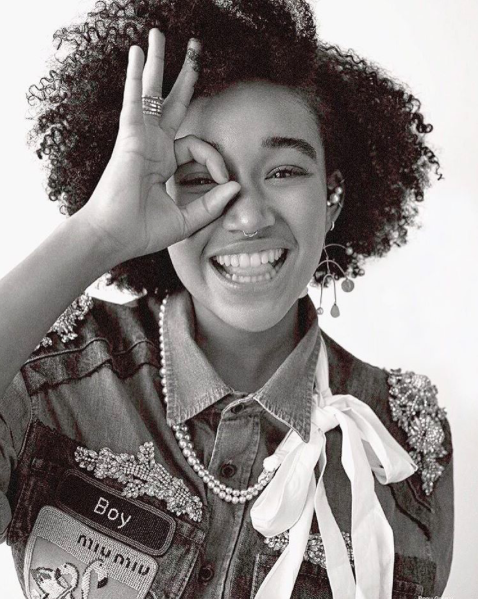 Amandla Stenberg is rumored to be cast in Where Hands Touch. Source: https://www.instagram.com/amandlastenberg

Asante will also be directing Where Hands Touch, which is rumored to be starring Amanda Sternberg (IMDb).  The film will be a romance and drama focused on a mixed German girl and SS officer.  It is currently in pre-production. 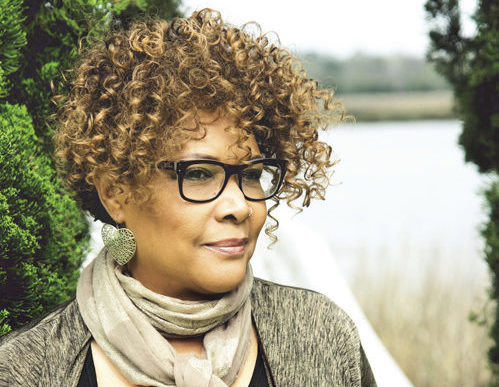 You may know Julie Dash from her films Daughters of the Dust (1991) or The Rosa Parks Story (2002), which featured Angela Bassett.  She is currently directing a documentary titled Travel Notes of a Geechee Girl, which is scheduled to hit theaters on December 4 (USA).

In a recent interview, the film’s plot is outlined as:

following the Peazant family in the early 20th century, as the younger generation is about to leave their Gullah-Geechee community off the coast of South Carolina and head up north and onto the mainland. Seeking to take advantage of “civilized” society and opportunity, they prepare to leave behind their matriarch, Nana Peazant, who holds fiercely onto her roots and insists that her children and grandchildren do the same. — Filmcomment.com 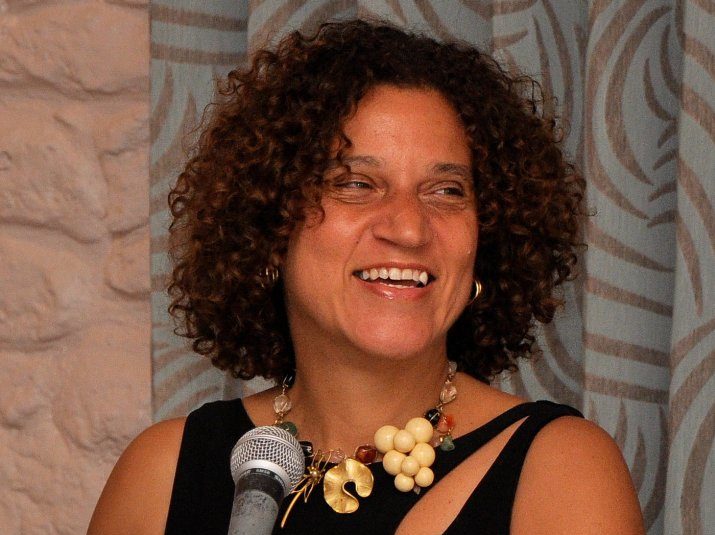 Frances-Anne Solomon, who has Trinidadian roots, is the director for the upcoming Hero, a film inspired by Caribbean war hero Ulric Cross.  The movie is scheduled for release to theaters on September 4, 2017 (Canada) and September 21, 2017 (Trinidad and Tobago). 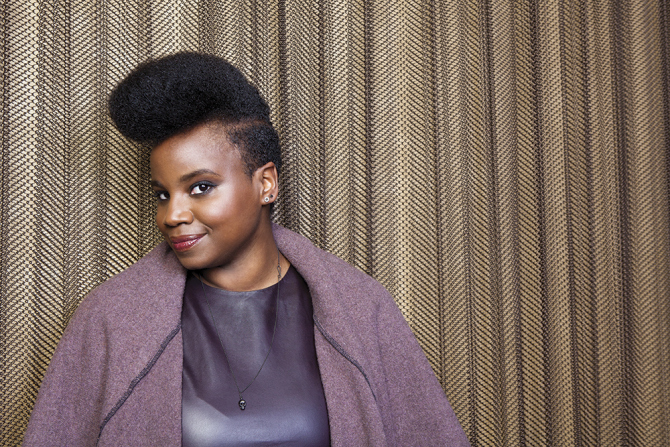 Dee Rees may also be a familiar name from her Emmy-Award winning TV movie, Bessie (2015), which starred Queen Latifah and Tika Sumpter.  The director is currently filming Mudbound, which will include Mary J. Blige in the cast.  Mudbound centers on two men who struggle to deal with racism and readjusting to life when they return home from World War II.  The film is currently in pre-production.

6. Stella Meghie — Jean of the Joneses (2016) and Everything, Everything 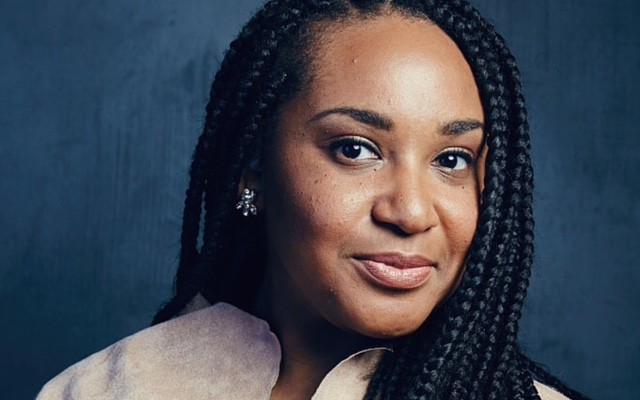 If you have not heard of Stella Meghie yet, go watch her film Jean of the Joneses (2016), which hit film festivals this March and will air on TV One on October 23, 2016.  The dark comedy centers on a Jamaican-American family of women who navigate life after the death of its patriarch.  Now, Meghie is preparing to direct the upcoming Everything, Everything about a teenage girl with severe allergies (that keeps her homebound) who falls in love with the boy next door. 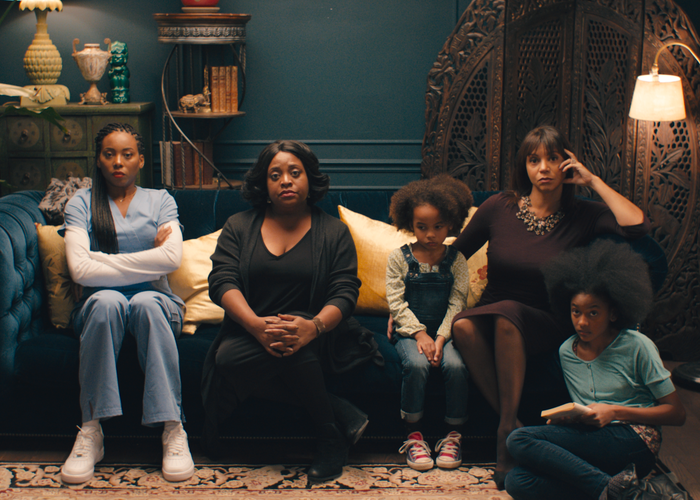 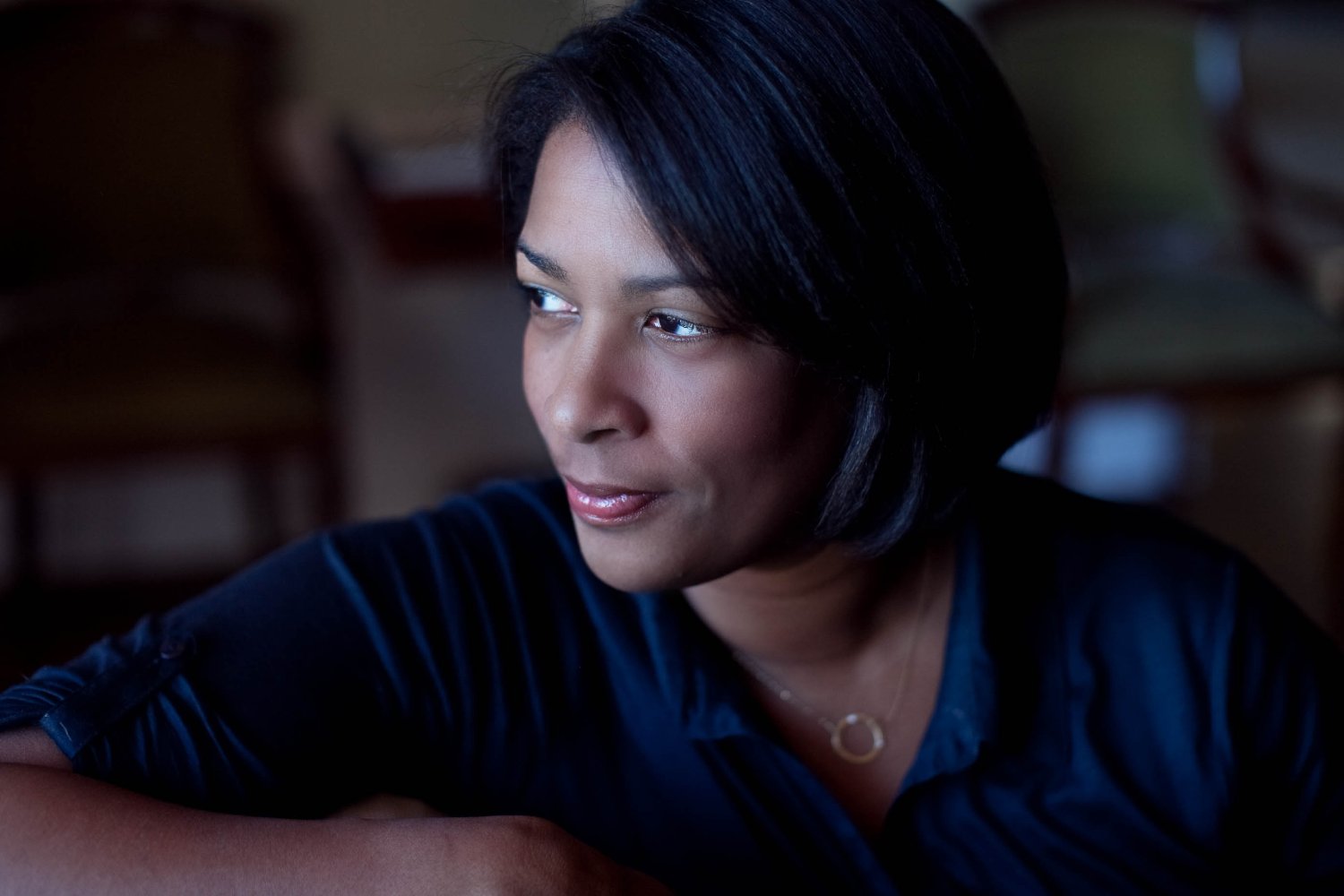 Dawn Porter is the director of Trapped, which documents the 2011–2013 regulations on abortion access from the eyes of a physician, lawyers, and the women affected in the South.  A New York Times article has described the film as “a powerful and persuasive rendering of a corner of women’s health care under siege.” Though Trapped was released to limited theaters from March to May, you can find information on other screenings at Trappeddocumentary.com. 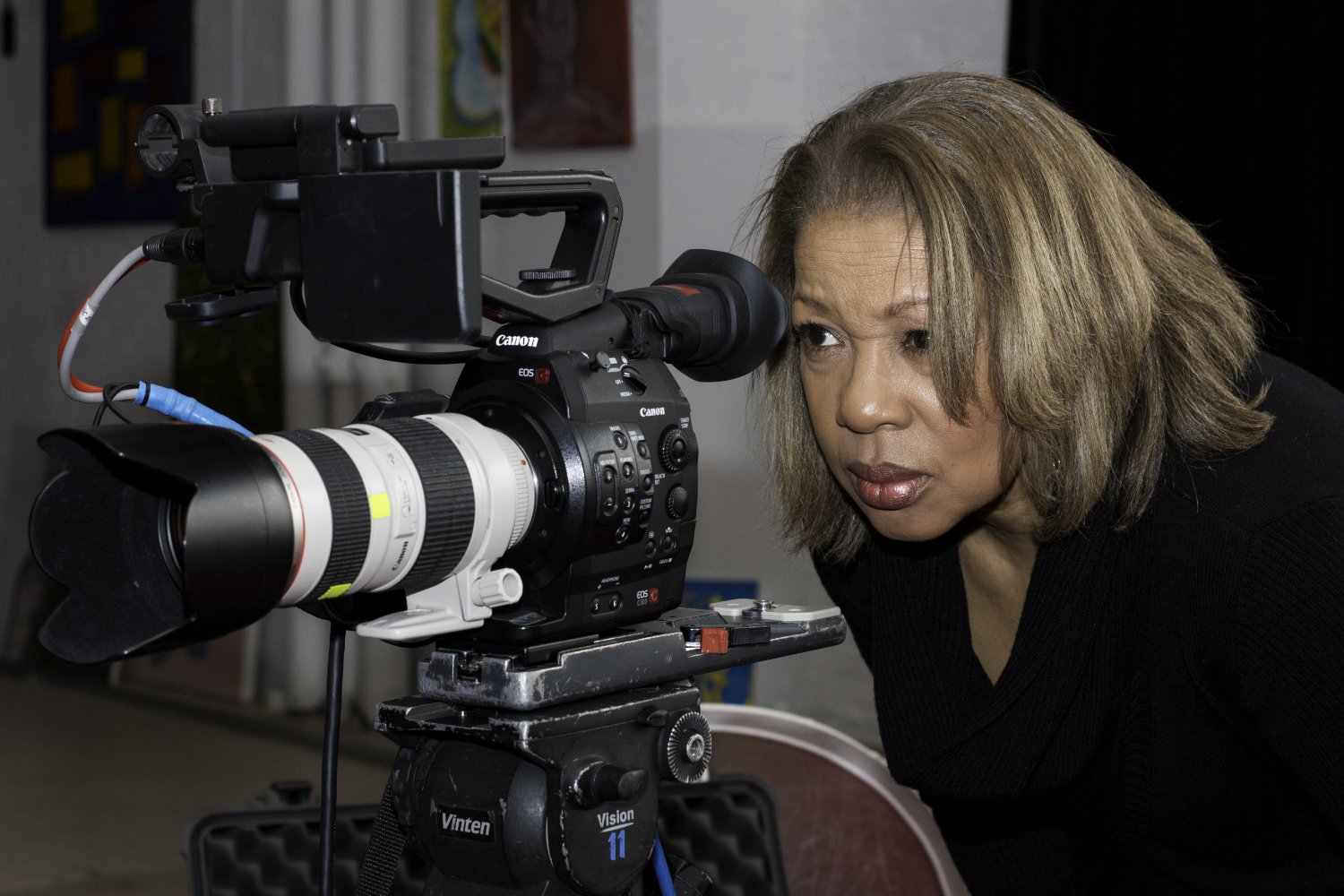 Rita Whack co-directed the first feature documentary about Dr. Maya Angelou.  Titled Maya Angelou and Still I Rise, the film tells the life story of Dr. Maya Angelou from her own voice and incorporates Cicely Tyson, Oprah Winfrey, and others who knew her.  It premiered at festivals this year and screenings are still occurring across the country.  (Schedule of screenings.) 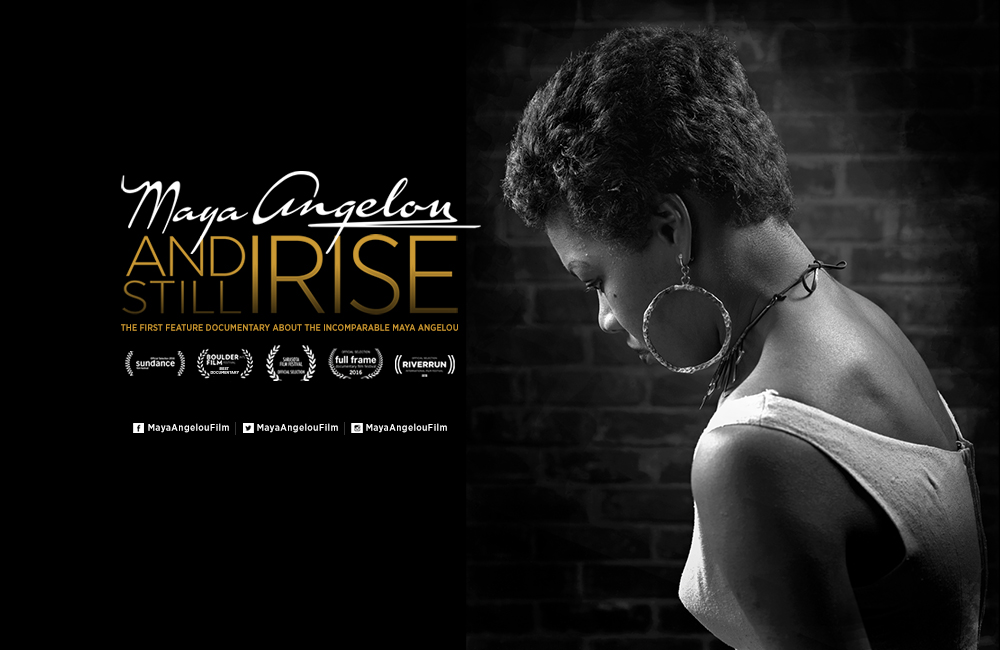 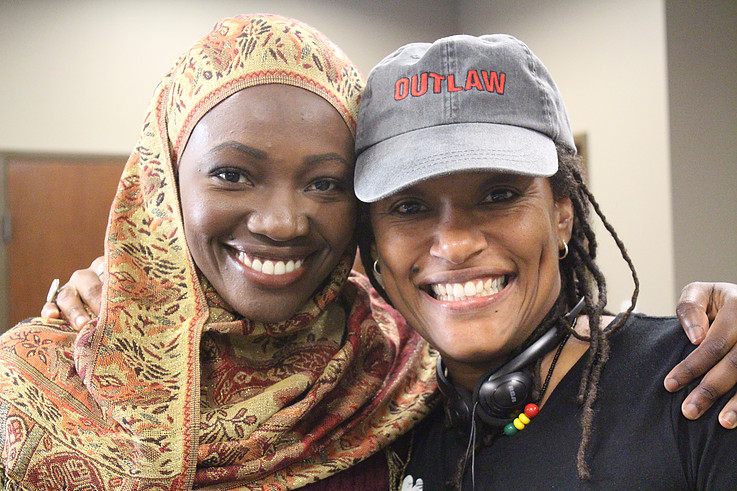 Nnegest Likké, best known for directing Phat Girlz (2006), has two upcoming films.  The first one is an independent film, Ben & Ara, that chronicles a fictional love story entangled in culture and religion.  It has won various film international festival awards and still has screenings worldwide. Likké’s next film, Everything But a Man, is about a black woman who has it all — except for the man.  From the director, herself, on her inspiration for this film:

I wanted to make a story about the complex reasons why so many successful black women are single. We usually hear that the reason is due to a “black man shortage,” and we also hear that it’s because “black women are angry.” My goal was to develop a story that addresses these conversations in an entertaining and engaging way. — Hollywood Black Renaissance

Screening for this movie have begun and are nationwide.  Monica Calhoun will be starring in Everything But a Man. 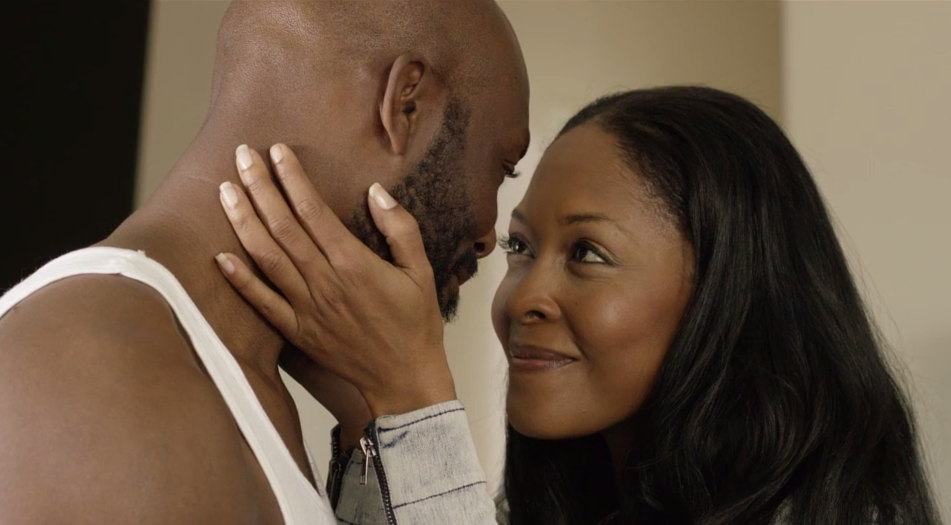 Everything But a Man movie still.

Will you support these directors as they roll out their feature films?

I’m excited for all of these!

Yes, I would love to see them all!

And me too! Directing “Water” this fall in Baltimore. http://www.waterthefilm.com