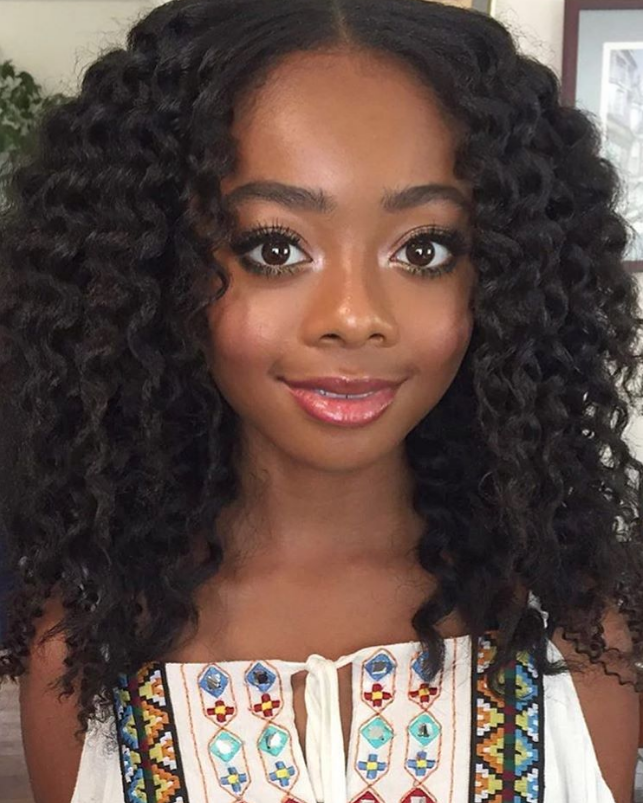 Last week, we gave you a more realistic list of black actresses who could play the Marvel role of Riri Williams in Iron Man.  (For the list, check out Days After Marvel Announced Its New Iron Man, HollyWood is Already Erasing Her Dark Skin.) Skai Jackson was our top pick out of fourteen possible actresses.
Then, two days later, Mike Deodato Jr. (Riri’s artist) tweeted the true inspiration for the character. 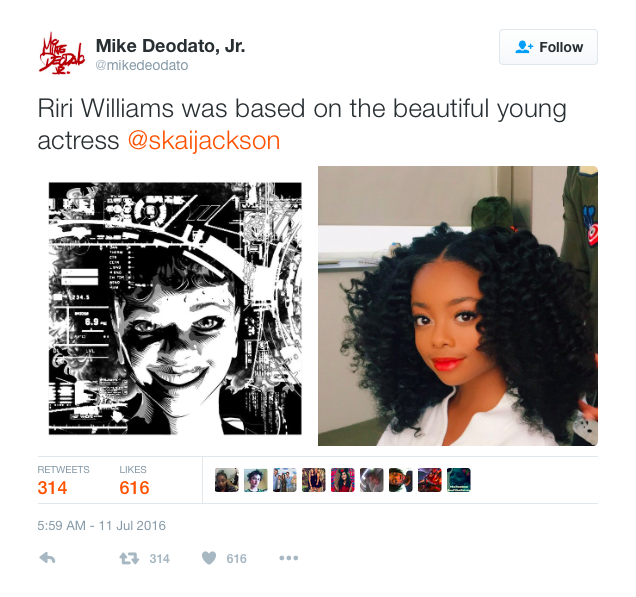 Well, what do you know!?!  The inspiration was Skai Jackson!
Just to remind you of what Entertainment Weekly presented as its own list, which sparked our earlier discussion. 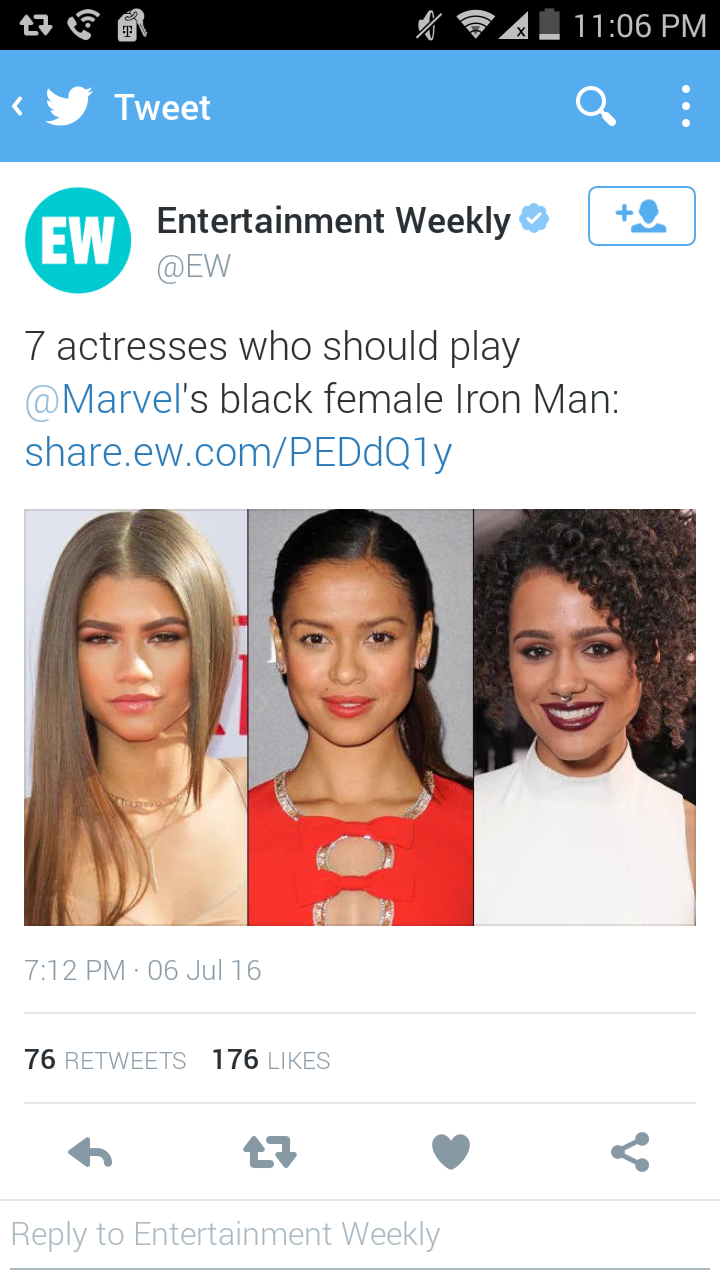 Hopefully, Skai Jackson will actually be cast as Riri!

Skai is too freaking cute. Her features make her look like a doll baby and she has a gorgeous head of hair. I hope they let her play the part as well.