Twitter user @christenhrule has become something of a folk hero after allowing a woman who described herself as “ugly” to use her images to catfish a man into buying her nice things.

She posted her exchange with the woman on her Twitter account with the caption, “be the change you want to see in the world”. It has since been retweeted more than 66,000 times. Check it out; 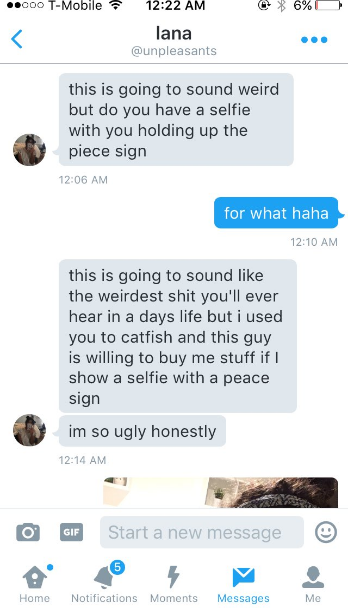 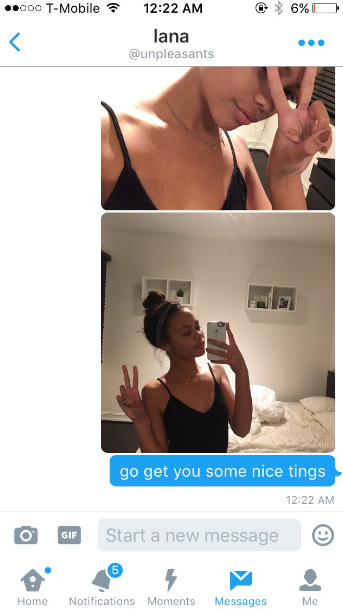 be the change you want to see in the world pic.twitter.com/x5CjWXJgHz

Beauty is a currency among women, and many were touched that she would share that currency with others. Obviously, there were also plenty of folks who were not here for this at all.

@Christenhrule has since clarified that this was a one-time favor for a fan, and not something she regularly condones.

Lol, I’m here for it. I’d so the exact same thing.

How is she a hero?

Exactly! Why do I come here anymore? Finding a new hair site.

Wow this is amazing and sad at the same time

this is not news wtf. You guys are really running out of things to post.

lmao I mean as long as she’s on board I guess?

What does this have to do with hair?

BGLH has gone down honestly.

By posting the exchange she probably blew up this girl’s morally bankrupt hustle.

This was supposed to insight discussion and for us to add our opinion on what we think on the article. With that said I don’t know how I feel about her doing this. She just allowed someone to catfish, to deceive someone. Does that sound right to you!? Definitely doesn’t sound right to me. Despicable.

This is hella funny! It’s not going to last because it never does but still a funny situation

Lol I’m sorry but this is funny to me smh.