For the past month I’ve been watching videos of Simone Biles on my phone. I first heard of her two years ago, when there were rumors she could surpass Gabby Douglas as Rio 2016’s gymnastics champion. But it was a May 30 New Yorker article that put how incredible she is into context.

“Seeing Biles next to her competition at Pacific Rims, I felt as if Isaac Newton had written a different set of laws on her behalf. She flew higher, spun faster, and landed more firmly than anyone else. As I watched a group of gymnasts from New Zealand, whose every action looked pained, I was reminded of the physical awkwardness of being a teen-ager, but Biles moved from apparatus to apparatus like a shark in open water. In Everett, several people compared Biles to Michael Jordan, for her ability to escape gravity; and to Michael Phelps, for the perfect match of her body to her sport; and to Serena Williams, for her total dominance.”

And Biles is already a history-making gymnast. According to Teen Vogue;

“She’s the only female gymnast to take home all-around gold at the prestigious World Gymnastics Championships three years in a row, her 10 golds there are the most of any female gymnast in history, and her 14 medals overall are the most of any American. Mary Lou Retton, the first American woman to take an all-around individual gold at an Olympics, has described Simone as being “in a class all by herself.”

But Gabby Douglas is still a force to be reckoned with. In March 2016 she won the American Cup, the country’s most prestigious gymnastics competition, and she is looking to make her mark at the Olympics again this year. She is one of just six American women to compete in back-to-back gymnastics Olympics, and still receives deserved acclaim for her history-making run at the London 2012 games, where she was “the first African American woman in Olympic history to become the individual all-around champion… the first American gymnast to win gold in both the individual all-around and team competitions at the same Olympics [and] the only American all-around champion to win multiple gold medals in a single Olympic Games.” 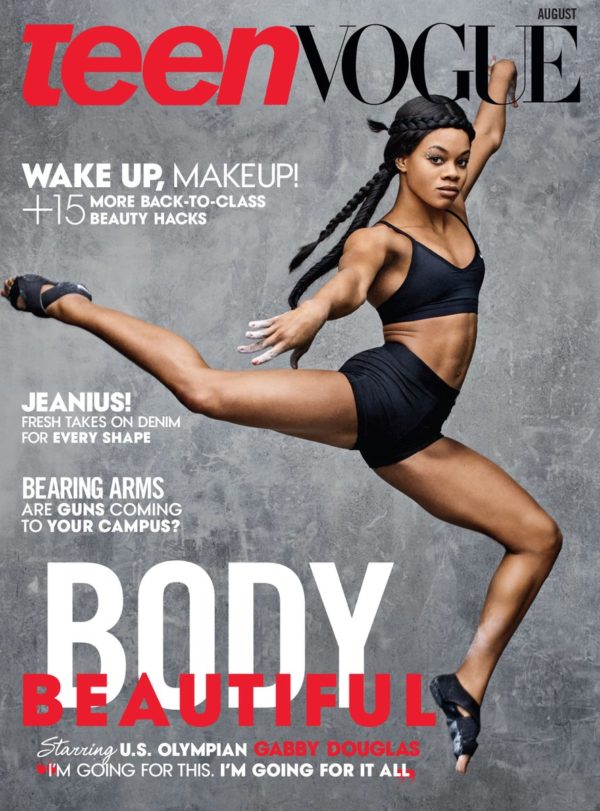 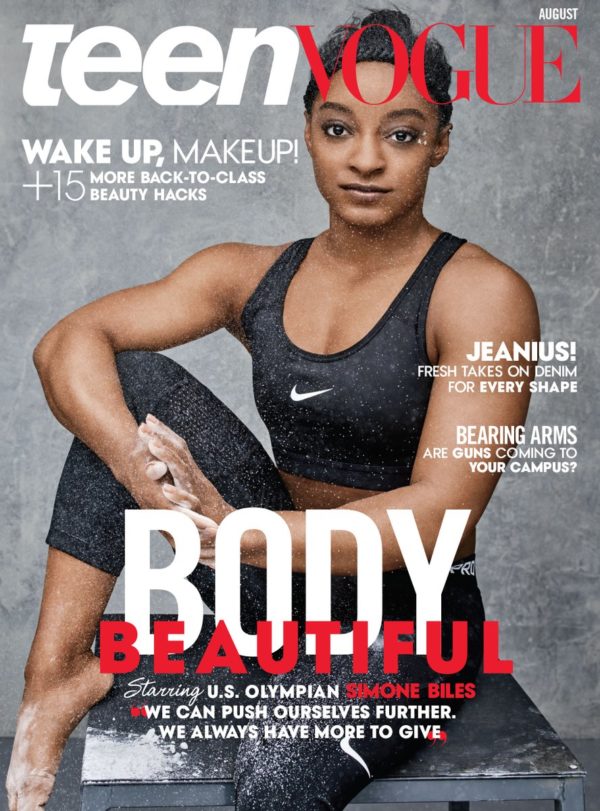 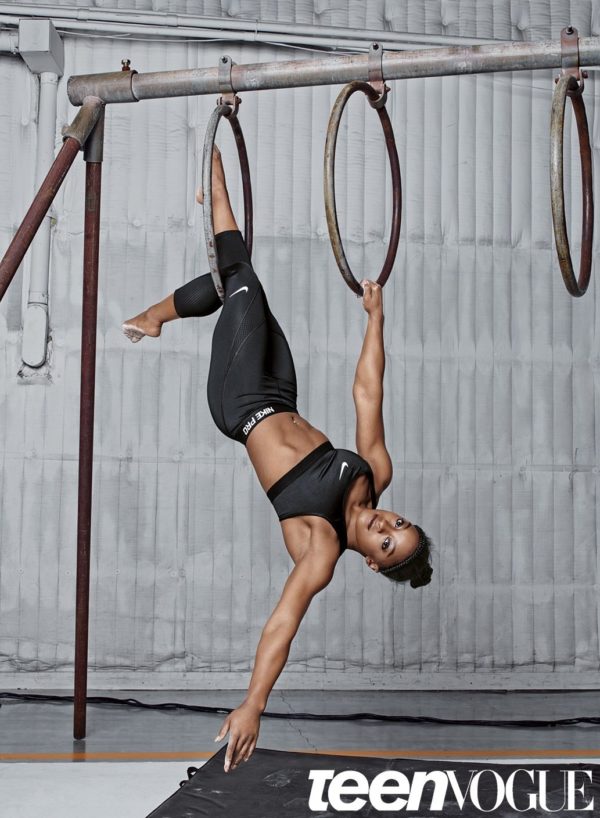 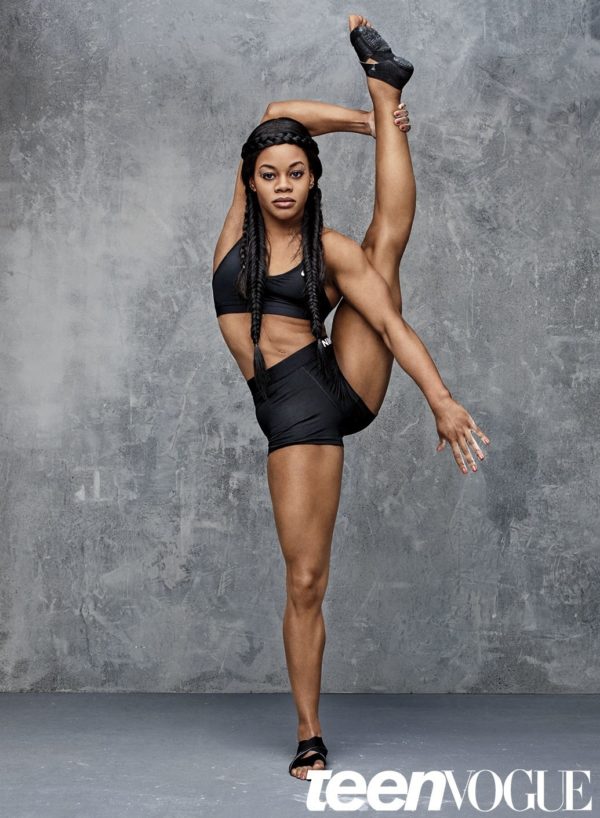 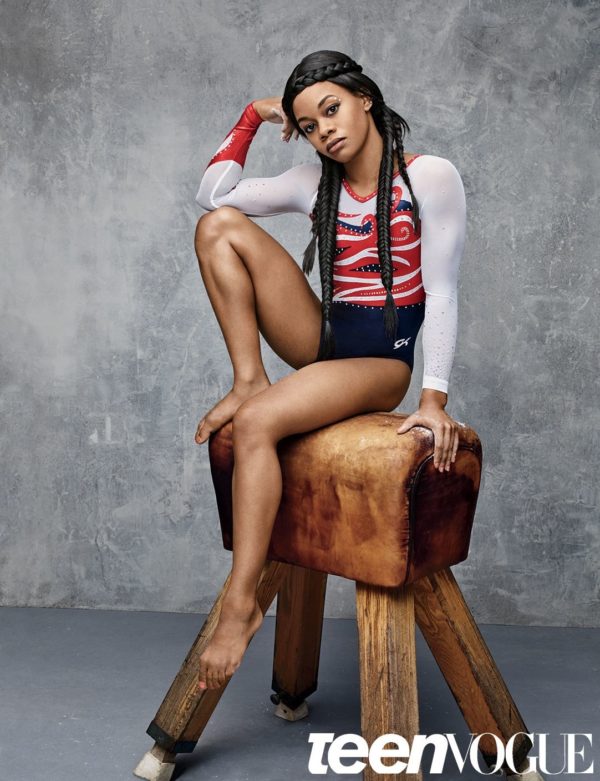 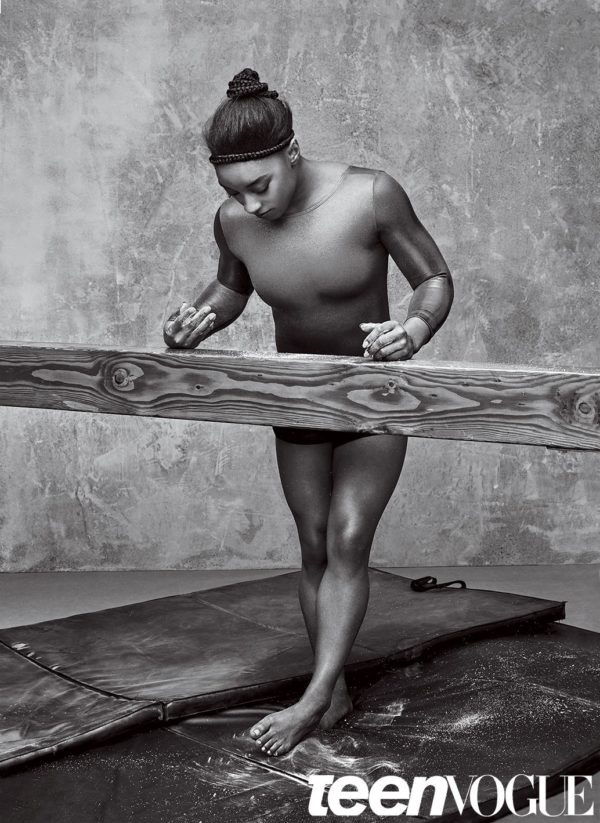 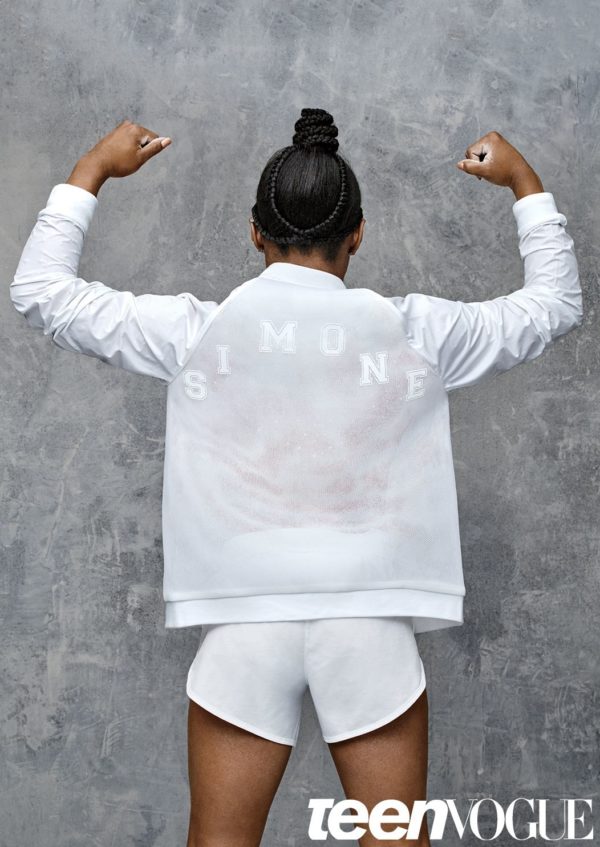 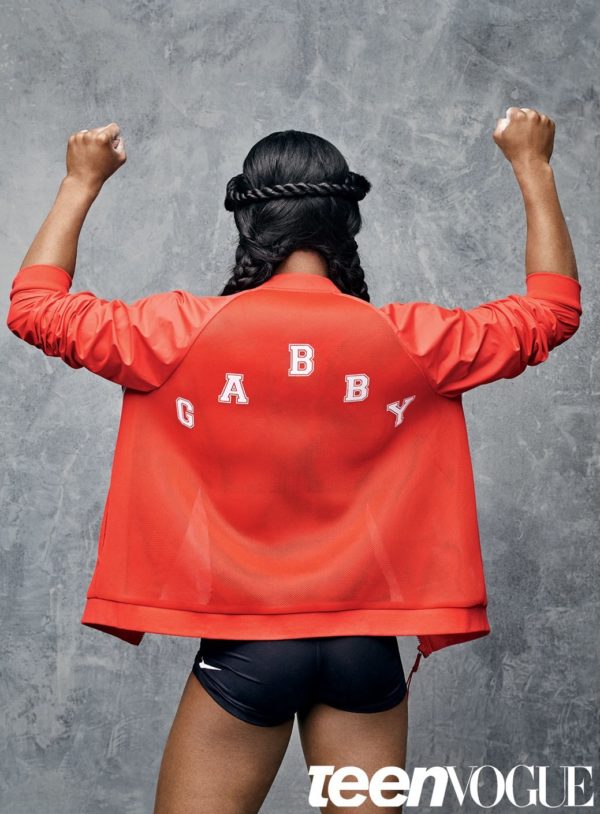 I am looking forward to seeing both of these incredible women dominate Rio! Check out Simone’s full Teen Vogue feature here, and Gabby’s here.

i love them so much

Is the world ready for this level of excellence?!?!? *faints* These women are my inspiration in life!

I am so here for this. Kill it in Rio ladies.

All the best of luck to you both.

These young women are both Amazing Gymnasts!!! Bring Home The GOLD!!!! #TeamUSA

So happy for them! It’s a very well deserved feature!

Happy for both of these beautiful talented ladies! I can’t wait until the Olympics! My eyes will be glued to the tv!!

Is the 2nd to last pic of Simone photoshopped to have thigh gap?? Something isn’t right in that photo.

No it’s not, it’s the manner in which she’s standing

Agreed that something doesn’t look quite right. There is no shape to her booty.

Wondering the same thing! Those are NOT her thighs, also I’m pretty sure after watching a billion videos of her in absolute awe that she’s a shade darker than that in real life as is Gabby.

There is nothing ugly about her hair, your just a racist hiding behind a fake picture and name like the coward that you are GTFOH

I think your just trying to hard to be some type of activist and took what Marisol said out of context. All she was saying was that her natural beauty should be enough and they shouldn’t have gave her fake ugly hair, and let’s just be honest with ourselves that hair is UGLY

Her hair is not ugly and just because YOU rate your opinion as supreme, it’s NOT so get over yourself honey

I think you took what Marisol said out of context, all she was saying was that they shouldn’t have put her on fake “ugly” hair but instead let her natural beauty shine through because she has a lot of it. So stop trying to be some sort of activist when there’s no need to be one. Also one last thing, how can you call her a racist and she’s on a site called Black Girl Long Hair? I’m gonna bet more than likely she’s a black girl.

I think that you are trying too hard to be relevant and as stat d Her hair is not ugly!!! News flash don’t care what you think , get it stupid!!!

Can’t you just be proud of these beautiful young ladies without the negativity. Hair and skin tone doesn’t determine your worth. I love them both!

I said the same thing

When Moses saw God on the mountian he said God had hair like lambs wool and feet like polished brass. So be proud of you natural hair and your dark skin, we inherited it from our Heavenly Father!

I never understood what the issue was, about Gabby’s looks or hair. I remember the Russian gymnast, Olga Korbut who ushered in a new era in Olympic gymnastics, but no one EVER dared to comment on her physical attractiveness. It was irrelevant then, and should be now. Inf fact, I cannot understand why people even respond to the trolls who don’t get it.
It’s like saying to your family, “That man at the table over there is the surgeon who saved my life last month. I won’t introduce you to him, because his table manners are horrible.”