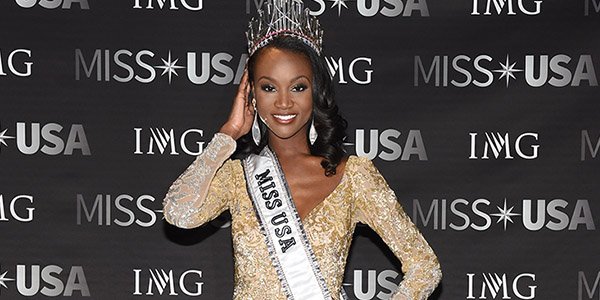 Sunday night, the 65th Annual Miss USA Pageant aired and Deshauna Barber, a black woman, who works as both an IT analyst and proudly serves in the Army Reserves, was crowned winner.

While most congratulated Barber on her accomplishment, some that claimed the pageant was rigged in her favor or that she wasn’t “attractive enough” to win the title. However, the most scathing comments came from those who said Barber did not “look American.” 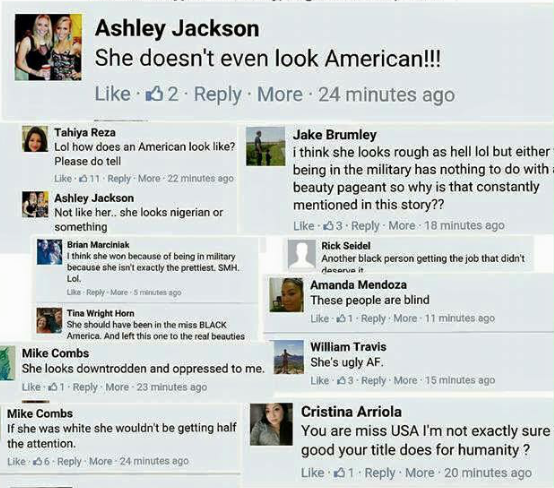 The narrative of assuming one’s appearance must meet a certain standard in order to be considered a member of a particular nationality isn’t limited to the U.S. Last year, Miss Japan, Ariana Miyamoto was ridiculed for not “looking Japanese”.

However, unlike Japan, America traditionally prides itself on being a melting pot of cultures. So, unless you are Native American, you cannot claim to have a traditional American aesthetic. Also, let’s not forget Barber not only serves in the Army but is the first member of the military to win Miss USA. Sounds pretty dang American. Furthermore, Barber is the 9th Black Woman to win the Miss USA pageant, the first being Carole Gist in 1990. 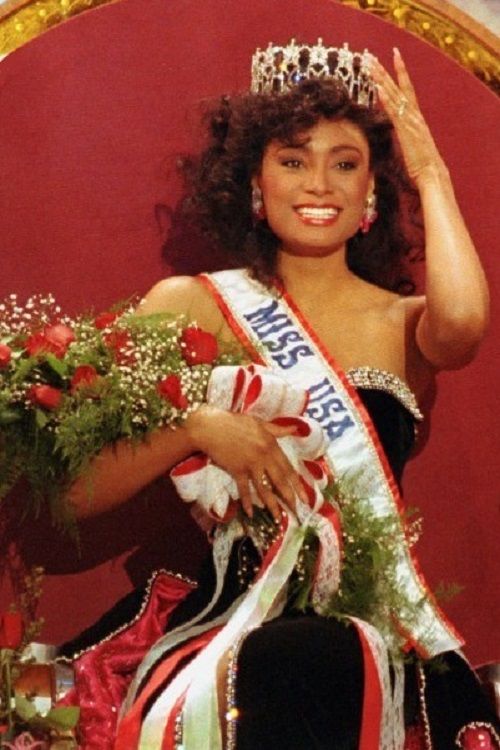 With all that being said, we have to wonder why the 9th black woman to win the Miss USA title is met with such vitriol. There have literally been 8 black women who held the title previously of all shades. The only people who are unAmerican are the folks who refuse to acknowledge the diversity of the country’s citizens.

I had to scroll up to check the date on the column…yep 2016. When are people going to accept that we are not going anywhere.

I’m not surprised I remember when the lady with Indian heritage won. They said the same thing even though she was born and raised right here in the US.

She’s absolutely gorgeous! Most black people in America are admixed. There is so much prejudice in this country!

Seriously, is there ANYTHING that one can truly call American? (Besides the flag or the anthem.)

DEAD @ she looks downtrodden and oppressed LOL You cannot help but laugh at these racists loool.

With that said, most of the comments have been positive. Why focus on the 10% that is negative?? I feel like we make issues larger than they are in this social media age. We give these trolls more attention than they deserve.

Truly disgraceful those comments, but not really surprising. She does indeed look Nigerian though, but they make it seem like its a bad thing. African Americans are descendants of West Africa, so her ancestry may very well be from Nigeria.
Maybe they like their Miss America to look mixed like Vanessa Williams or Halle Berry or some racially ambiguous type.

Congrats Deshauna, you slayed the competition, and I especially like the fact that like me, she works in IT 😀

Unapologetically BLACK. They can cry all they want.

My blood is boiling. I can’t even go into an essay on why… smh Social Media is certainly showing us the battle is far from over

I don’t even understand the point of this article. I’m starting to think some of these are simply filters. We already know racism exist–just look at who’s running for president. There will always be whites in America that feel only they should be repping this country. That Indian lady who won (Miss USA, America and ect.–can’t remember) recieved the same–she’s not American backlash, so this is no different.

OK, we all know, haters gonna hate. What I don’t understand is why BGLH continually chooses to focus on the negative narrative. Why not post about the accomplishments of this young lady and what she’s achieved as an opportunity to uplift us all? Trolls spewing hate on the internet is nothing new.

I have wondered the same thing.

Click bait, ad revenue…etc…whatever they have to post to get it… its really sad what this site has devolved into. I pretty much come here out of habit these days. *sigh*

Good to see that I’m not alone in this thinking either. This site has devolved straight into negativity- why give the trolls a platform? I’m pretty sure a good majority of people were in support of this woman, regardless of race. Why not focus on the positive? Every story now seems to highlight the negative- sick of it! I only come out of habit as well, but will stop coming all together shortly.

I came here to see if anyone else felt this way. I removed BGLH from my reader a while back, and this is why. Every now and then I check in to see if thiings have changed around here. I guess not…

I AGREE,TOO. By constantly reporting on these negative people ‚you give them too much POWER & ATTENTION. Life is hard enough for us black folks,esp with Trump running loose & spreading hatred. I’d like to be able to come here & see the positive things we’re doing & living… positive stuff that doesn’t get into mainstream news.….… instead of a steady diet of haters spewing insults. Why even waste time on them? let them stew in their own waste.

What exactly is an “American” supposed to look like?

Apparently Caucasian, but these idiots act like Black people just decided to come over here and want to avoid basic America history

Considering how these idiots think; white.

With these people they mean white; they never mean us.

White; blond hair, blue eyes. To them, not the slightest hint of melanin.

They want to say an African American, whose family has been here for centuries, doesn’t look “American” yet they got a Nona from Italy and in Polish grandfather LOL .

She is beautiful and American ENOUGH! Congratulations!!!

In which unsurprisingly American is code word for “white”.. And I thought WHite people love defending their troops what happened now?? *crickets*

We all know they REALLY mean defending WHITE TROOPS

She does look Nigerian.

That’s probably from where her ancestors were kidnapped. If you’re a descendant of African slaves, chances are you’ll have a (somewhat) West African look. Genetics, man. Genetics.

If a blonde woman had won, would you say, “she does look Polish?” I don’t think so!

whats your point. Everyone looks SOMETHING does that mean she’s not american enough because she looks African as opposed to European? and even if she were more directly linked to Africa , she’s AMERICAN and thats all you need to be for this competition.

I guess her facial features are too obviously West African and that offends some people. Oh well. Those of us with common West African features live this reality all the time.

She is beautiful, smart, tough and she won! Get over it!