Yesterday morning the hashtag #GrowingUpWithBrownSkin was trending on Twitter for hours via ‘Black Twitter’. Under the hashtag you’ll find numerous tweets from minorities sharing their experiences on what it was like to grow up with brown skin in America. Most of the tweets were based on the black experience; with the majority coming from black women.
Some of the tweets were nostalgic. Some were hilarious and some really hit home and further continued the dialog on race. Here are some of the most powerful tweets from that morning. 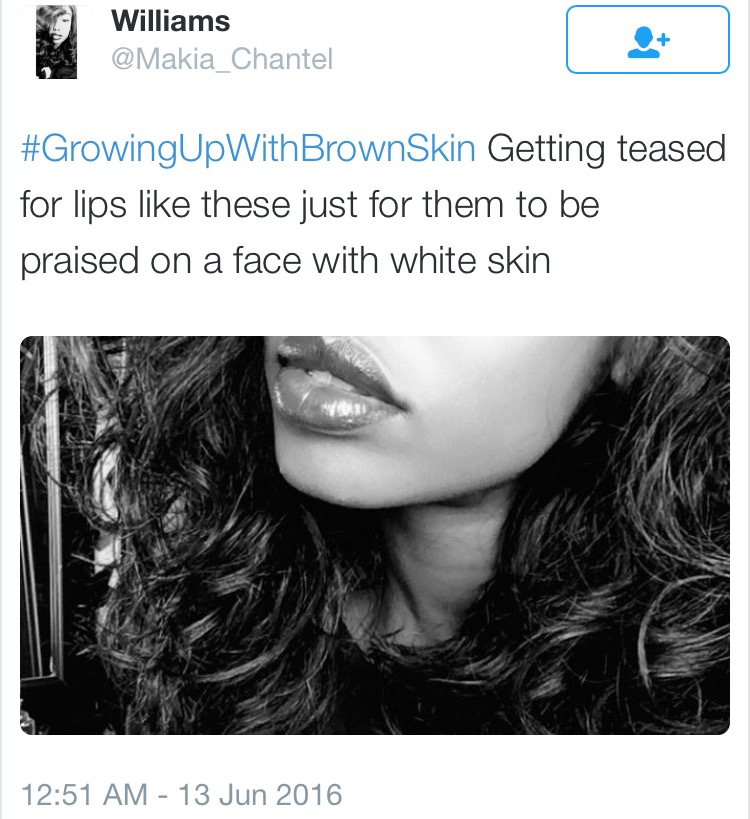 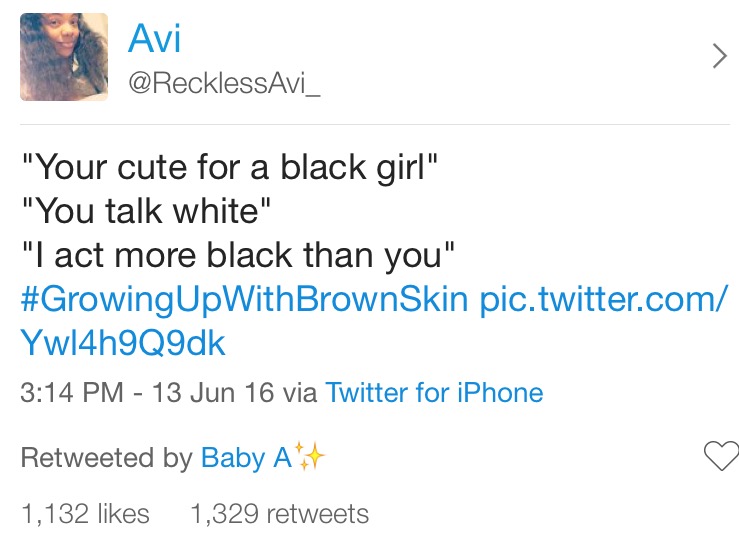 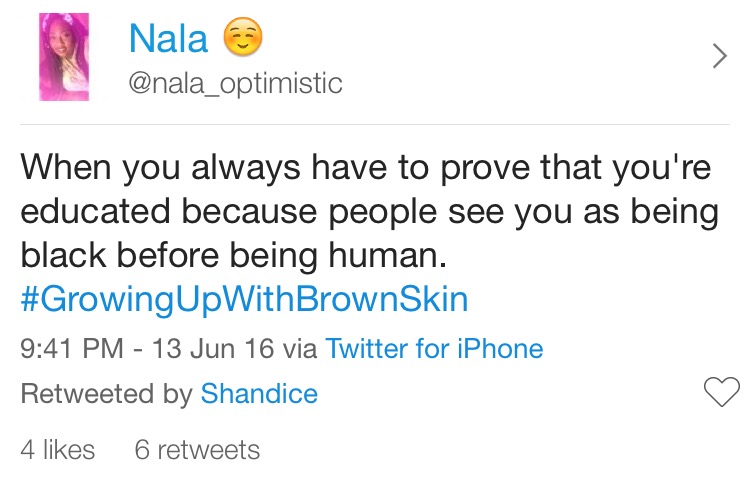 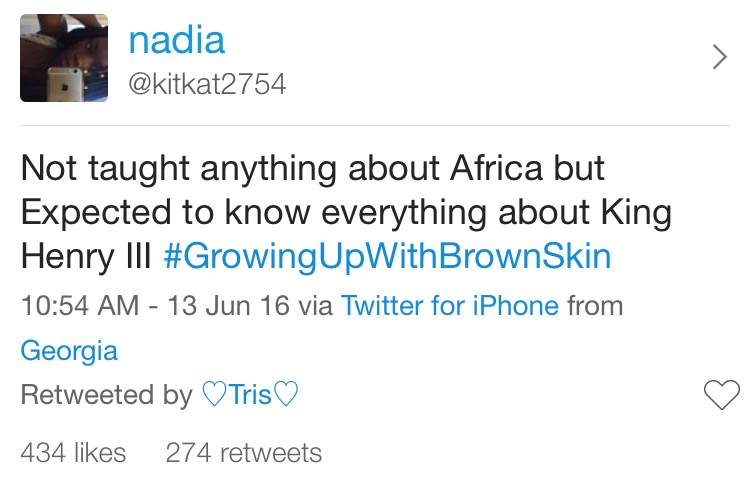 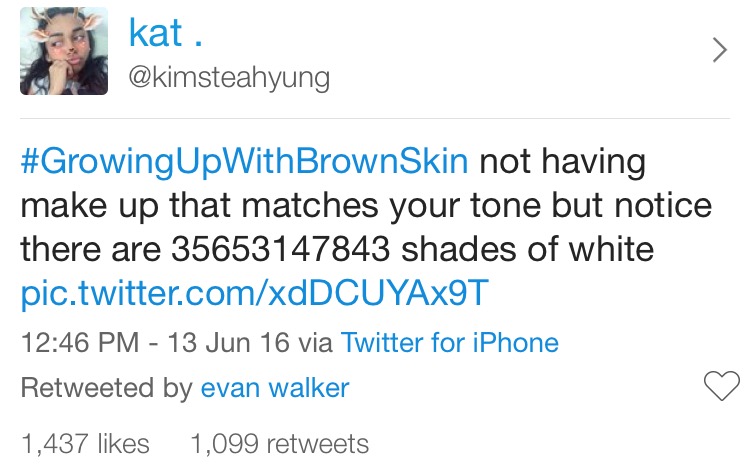 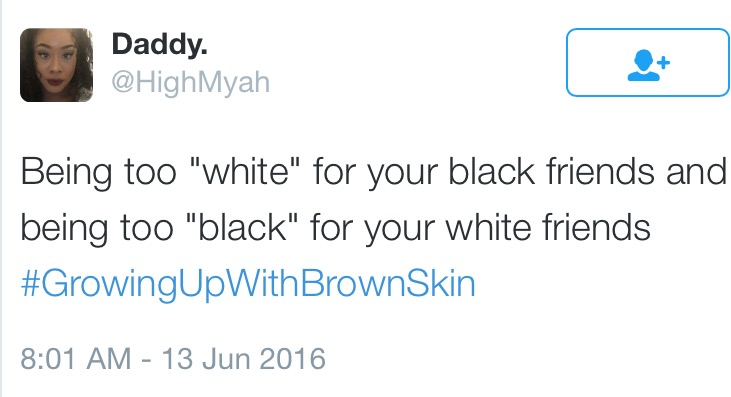 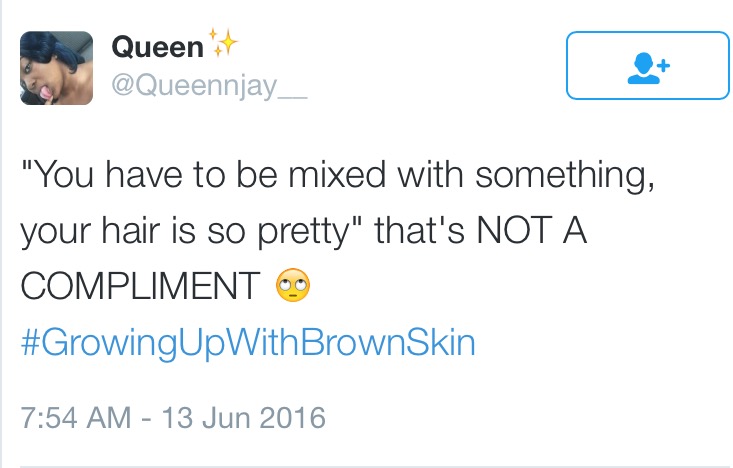 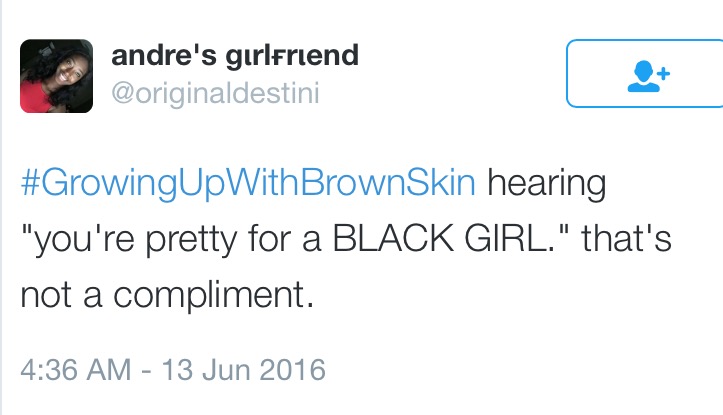 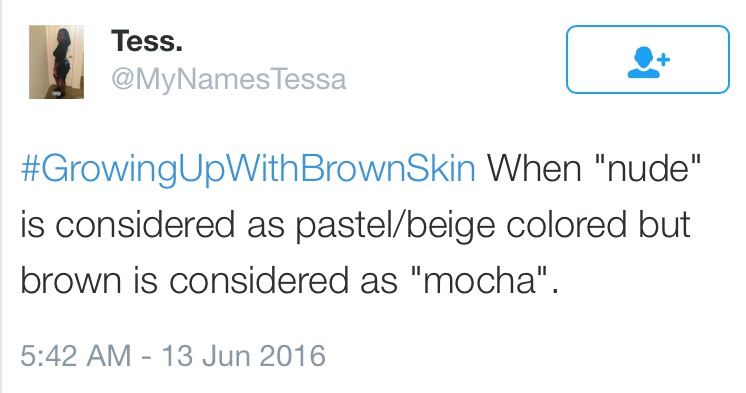 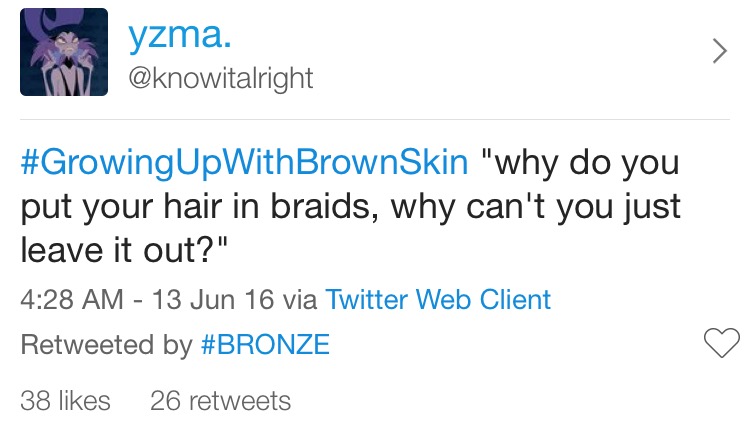 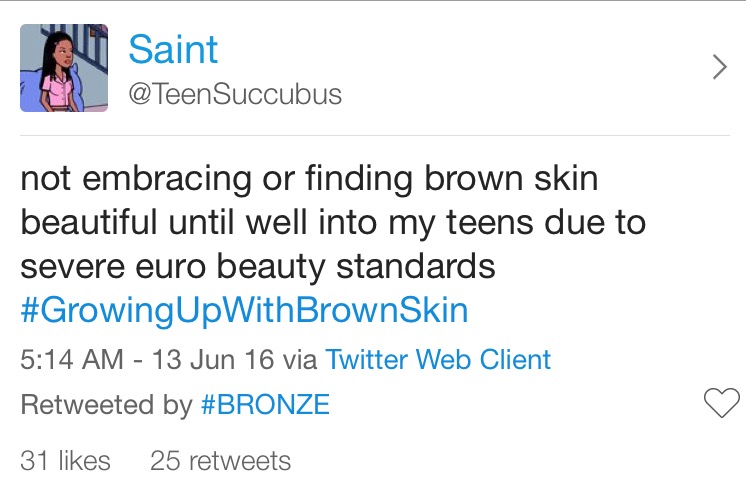 Twitter account, @TheMelaninPlug, sparked the conversation and encouraged tweeters to share both positive and negative experiences regarding #GrowingUpWithBrownSkin. The account holder wanted all people of color to be included, which is why they chose to brown skin instead of targeting a specific race. 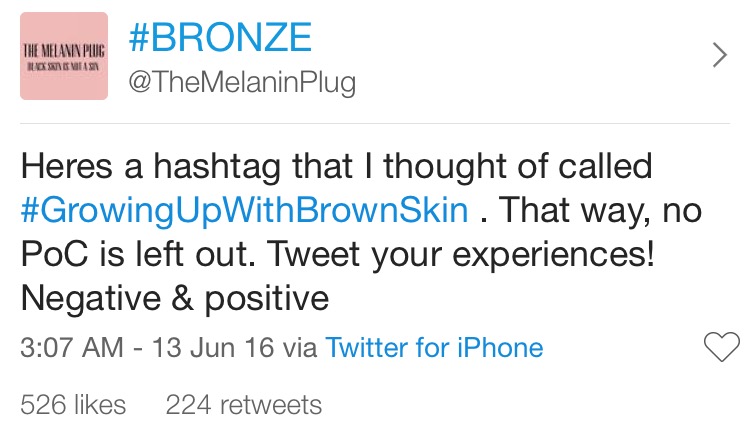 Of course white people couldn’t let the brown folks have their moment and share their experiences. Instead, they hijacked the hashtag by spreading ignorance. 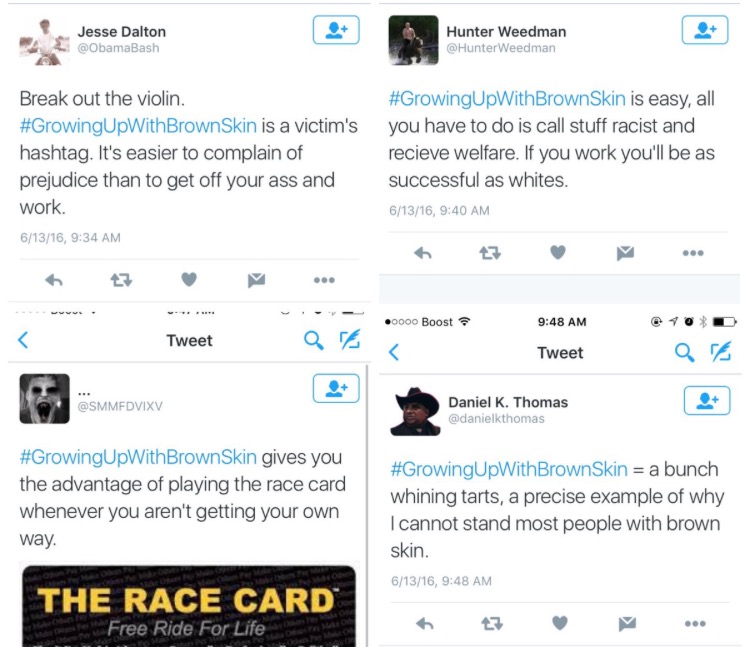 In addition to inserting themselves in a conversation, in typical “all lives matter” fashion, the hashtag #GrowingUpWithWhiteSkin was created. 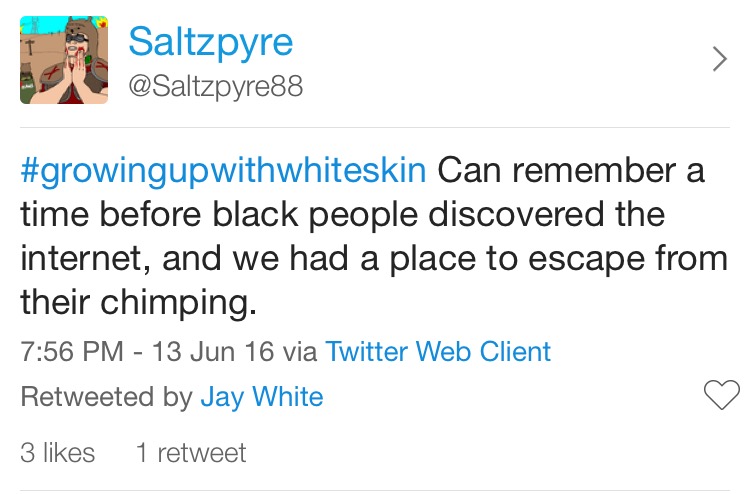 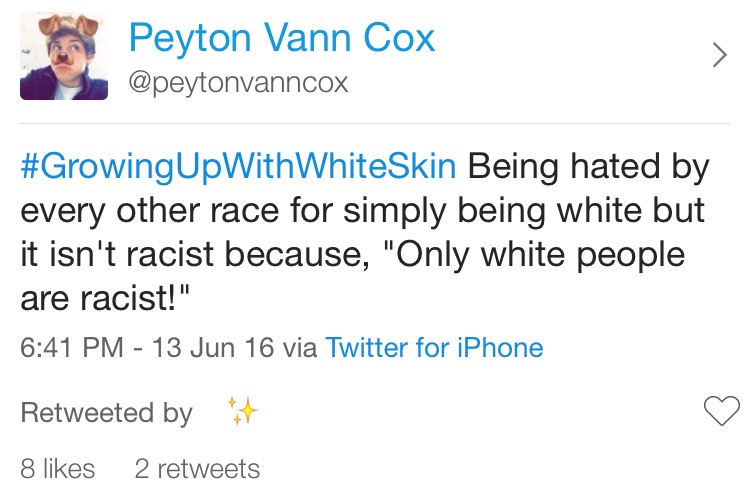 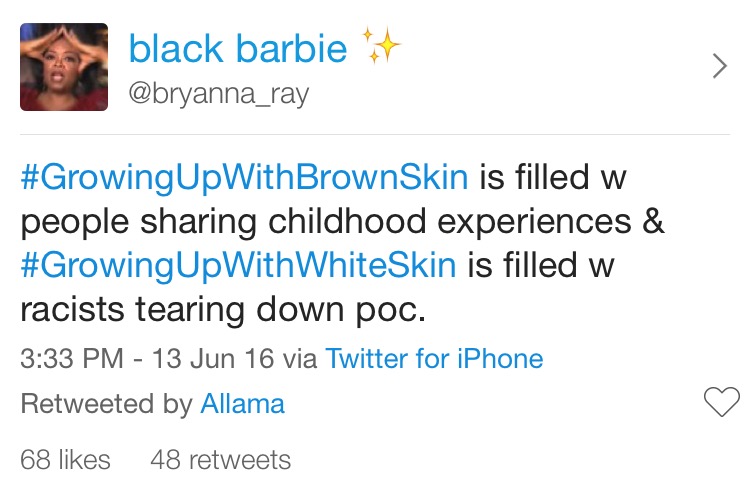 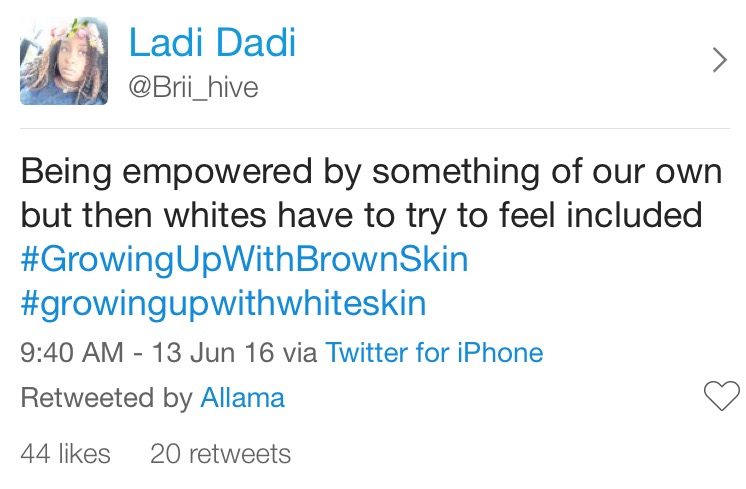 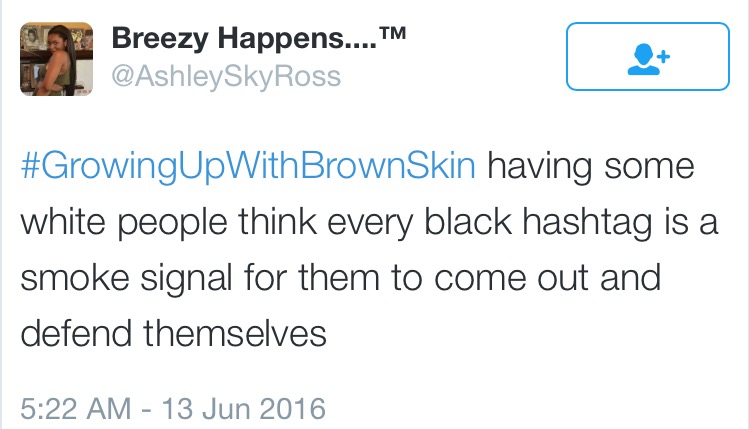