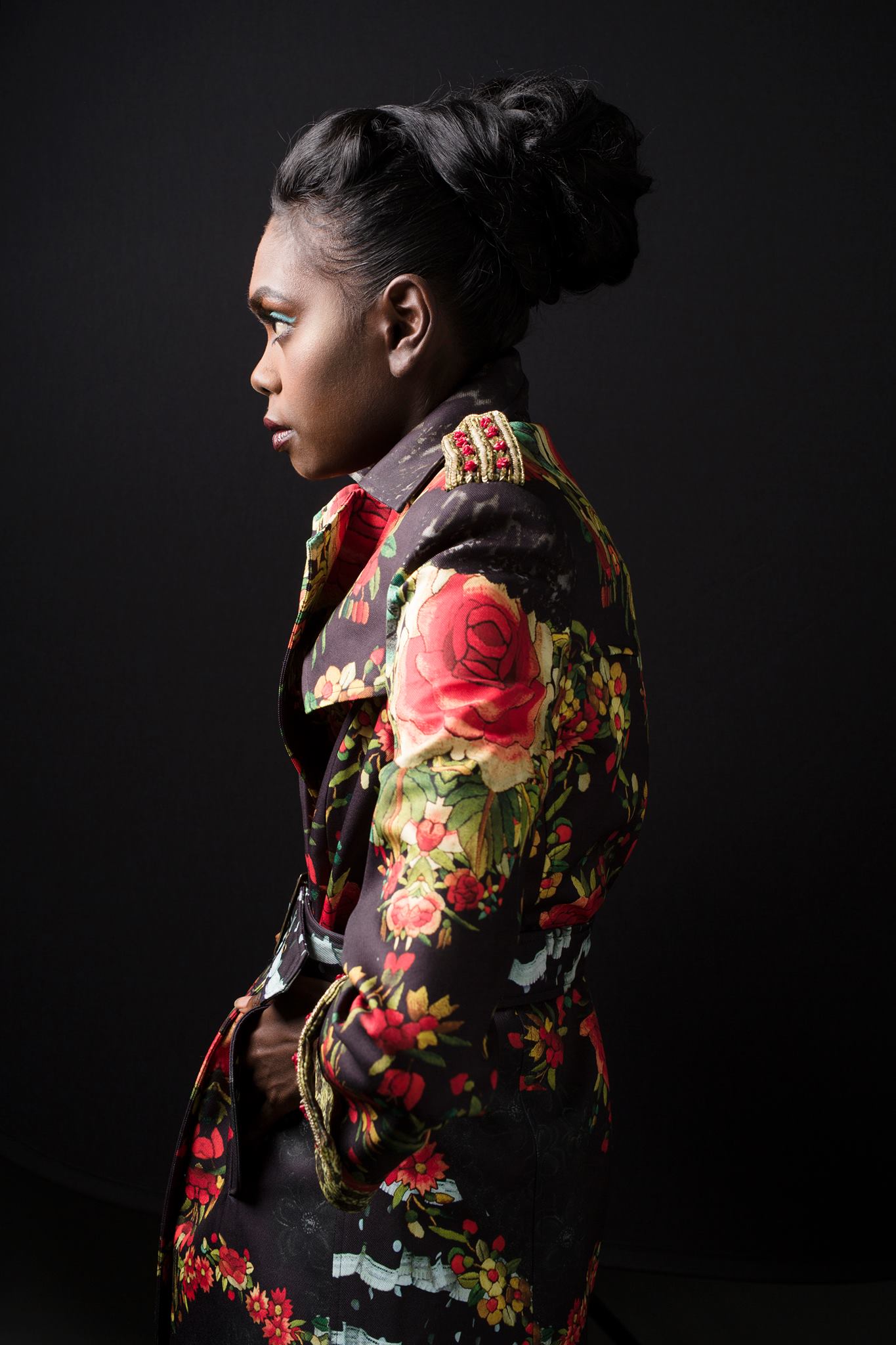 “For 49,800 of those years [the Aboriginals] had the continent to themselves. … Then on April 29, 1770, British explorer James Cook landed his ship, the Endeavour, on the southeastern shore. The next two centuries were a horror show of cultural obliteration—massacres, disease, alcoholism, forced integration, surrender. ~ National Geographic”

The Aboriginals, though indigenous to Australia, have largely been an ignored population on the continent after their land was stolen from them centuries ago.  But in the pageant world, that has hopefully ceased.
Just days ago, Maminydjama Maymuru became the first Aboriginal in history to move forward as the North Territory representative for Miss World Australia.  Should she win the next round of competitions, she will also become the first Aboriginal to be crowned Miss World Australia.  Maymuru would then compete in the international Miss World event this September. 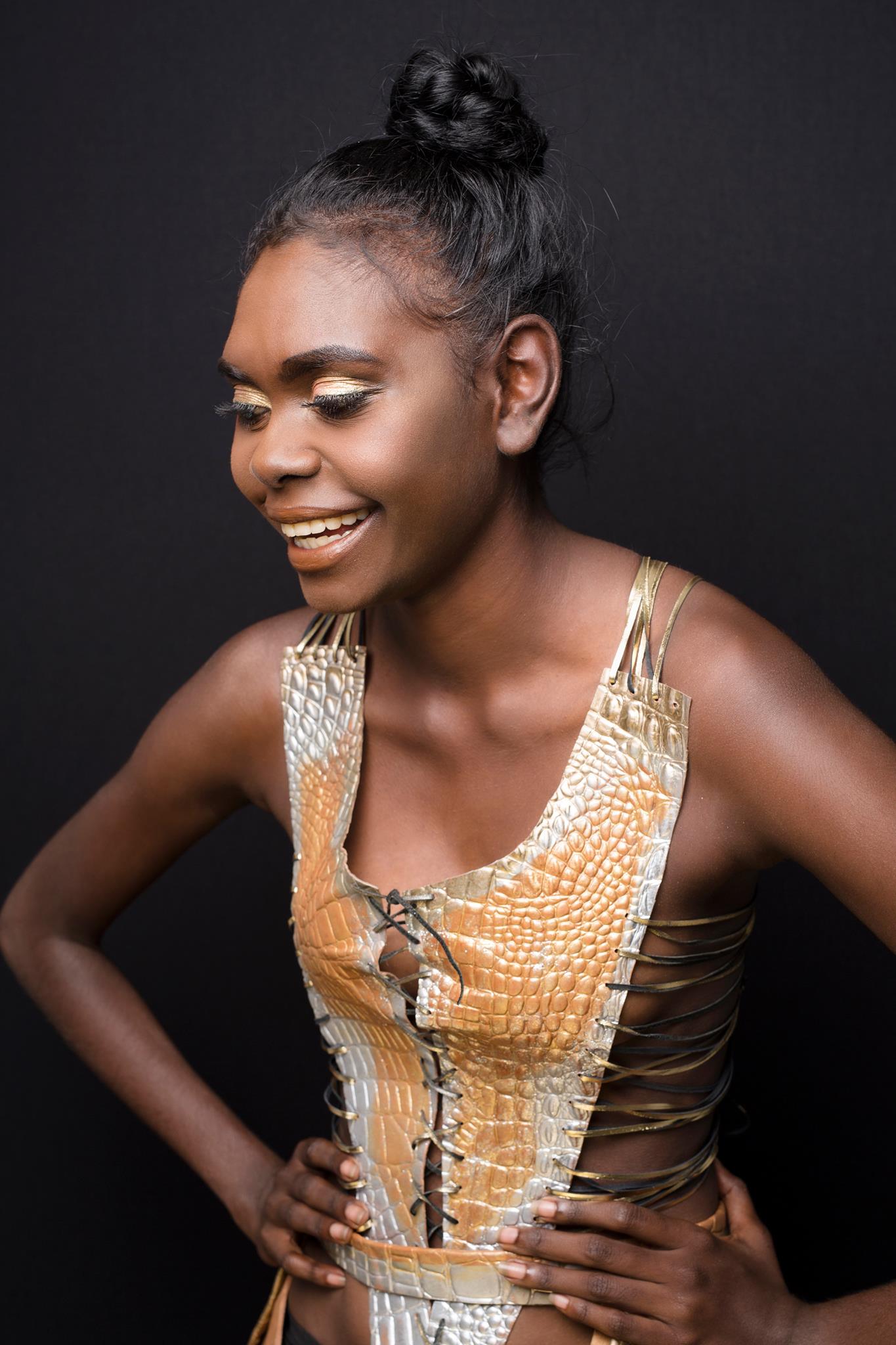 In addition to the pageant, the 19-year-old, 5′ 10″ beauty is trying out a modeling career after being scouted in the 12th grade.

The main reason why I agreed to do [modeling] is that I don’t want to do it just for myself, I want to do it for young people all over Australia. That means black or white. I grew up both ways, the Yolngu way, and the balanda way, which is the white man’s way, the western way. ~ Marie Claire

We’re rooting for her!

I wish her all the best in her quest to make it big as a model especially in an industry that is so blatantly racist. I don’t quite get why she is so keen to represent Europeans since they are over represented in every aspect of life, funnily enough they are the minority in this world. I hate to say it but she’ll need to prepare herself and develop a thick skin in such a cut throat environment. Yes Naomi Campbell, Trya Banks and many before them have made it big but they also have suffered at the hands of… Read more »

Why was her skin lightened so much in her professional photos? Her candids show a stark difference in skin tones.

i think lighting may contribute.

i was just walking around the other day in a garden and taking pictures. in some of my pictures, i’m almost as dark as she is in her darkest photo. but then i’m also about her color in studio shots. this was all outside in the afternoon sun for me

some of those shots could have also been taken in the summer when she’s probably darker. i know i get darker during the summer.

I really love this! I’m rooting for her!

nice to see a full aboriginal woman get attention rather than the mixed ones who usually do.

This is something I tell people ALL the time. People automatically hear “Black” and think African American or Africans from Africa. Africa is where humanity started and the people who still retained most of their African DNA and heritage are looked at as Black People of The World just like someone from Africa or a Black American. Asiatic and Pacific Islanders like the Australian Aborginenes and Melanesians of the Solomon Islands retain very close features to people of African decent. I once had someone try to tell me that the Jarawa people of the Andanman Islands aren’t Black because they… Read more »

In before the “Aborigines/Melanesians aren’t Black arguments”. Race ?ethnicity and only ? heritage. Fact is, Negritos and Aborigines are treated as Black people in most parts of the world, and they clearly retained their distant African heritage.

She’s a beautiful woman, and I wish her the best in her efforts!

She’s gorgeous. I wish her luck

I wish her luck, but I have a feeling the ignoramuses will show their ugly heads.