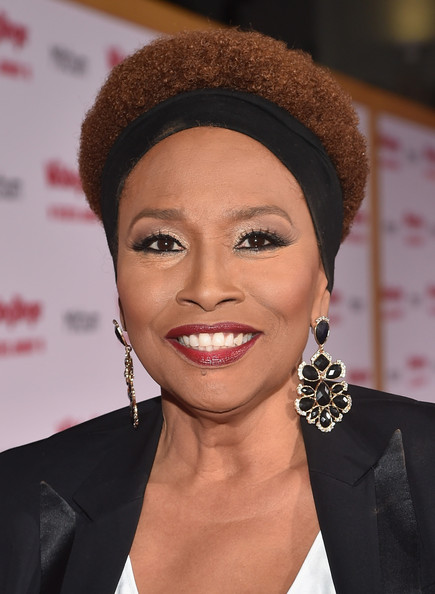 In an exclusive interview with MadameNoire for Mental Health Awareness Month, Jenifer Lewis opened up about her diagnosis with bipolar disorder and her struggle to accept treatment.

“Sometimes I suspected that something was not quite right,” Lewis said. “Especially during the time when the AIDS epidemic was at its height and my grief was pretty much out of control. No one was talking about bi-polar disorder and mental illness back then. I had lost so many friends and loved ones. My spiral into depression was overwhelming; I could not function. That’s when I couldn’t ignore the fact that something was wrong anymore.”

Lewis was first diagnosed with bipolar disorder in 1990. However, she neglected the required medicinal treatment for the disease for four years.

“I didn’t want to take the medication at all. Nobody ever really does.”

“I was seeing a psychotherapist and that was very helpful, but I was hell-bent on not taking medication because I did not want it to interfere with that extra edge, that extra high that we get.

Lewis noted it was at the advice of a friend that she then sought help:

“There was no great reaction, everybody knew I was ‘crazy’ before and after the diagnosis. I was still me. It is true that [bi-polar disorder] is a big deal, but if you learn how to manage it, it doesn’t have to be a big deal. You can learn the skills to take care of yourself – just like I did.”

I am glad she is finally realizing she needs help..Especially as black women, we are told to suck it up.or.be strong, or some.other thing. We often act out in werid ways because we truly need help. Good for her and others for much needed help.

Glad she is getting help, we CAN’T ignore ourselves any longer!

A friend mentioned they had the pleasure of meeting Ms. Lewis on a cruise (years ago). They mentioned she was so interesting and energetic — the joie de vivre was so “on” they couldn’t keep up. Bipolar disease is like that. Through it all Ms Lewis remains an inspiring and beautiful persona. You are appreciated!

Thank you for being vulnerable, and disclosing this illnesses for the rest of the Black community to see and hopefully seek treatment from a trained, degreed, and licensed mental health professional.