Shortly after being banned from Twitter and apologizing for her disgusting statements towards Zayn Malik, onlookers thought that maybe Azealia Banks would take some much needed downtime to gather herself. 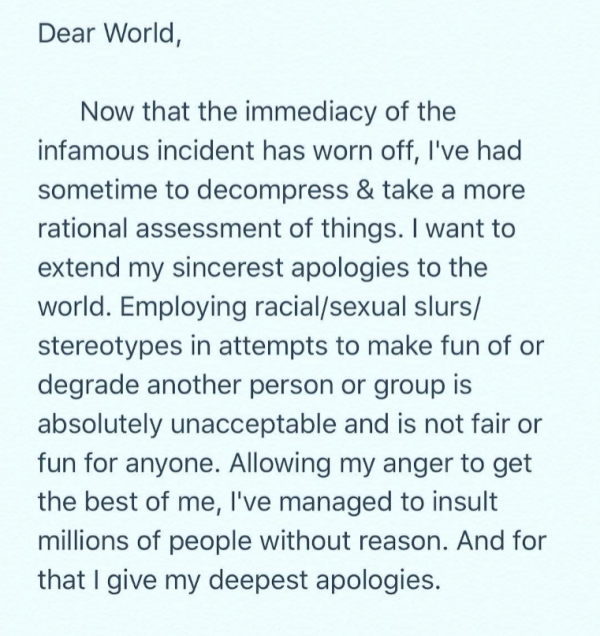 But we would have no such luck. Conspicuously absent from her apology to Malik was a reference to the ugly words hurled at 14-year-old Disney star Skai Jackson. It seems that absence was deliberate, because the rapper is still mad. Yesterday she was back on Instagram, trolling Skai some more. Image courtesy of The Shade Room. 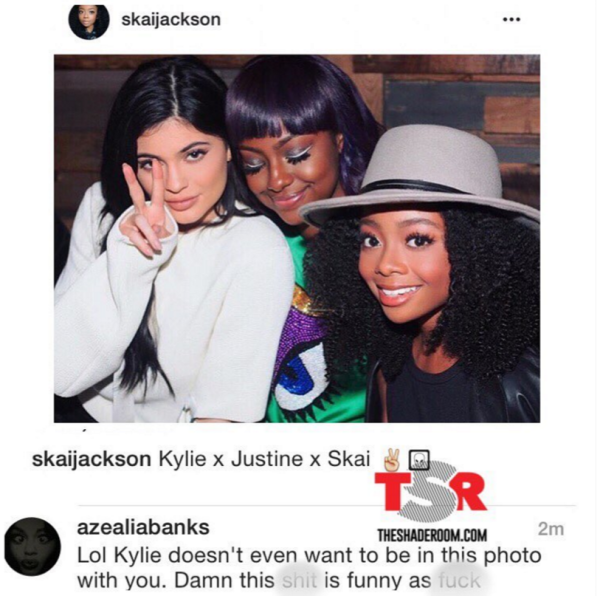 We have no clue what Azealia hopes to gain from Instagram beefing with a child, but questions about her mental state have begun to arise.

She has spoken before about being bipolar and suffering severe domestic abuse as a child. Here’s hoping that someone on her team will encourage her to get treatment, instead of constantly lashing out on social media.

As for Skai, she is ignoring Azealia and enjoying the positive publicity she has received in the wake of Azealia’s vulgar comments, including features with Teen Vogue, Elle UK and The Huffington Post.

Not to joke about mental health but it appears someone is playing eenie meenie minie moe between their meds and skittles.

Skai, continue to enjoy your career. Don’t let grown women who have lost the plot dog you.

She’s an ugly buck-toothed twunt, full of hate and she’ll be forgotten soon enough. She’s broke as hell too.

There are many bipolar and abused individuals who do not act like this in public or private. She would probably still be a mean person even thoroughly medicated while seeing a therapist 5 times a week.

Some people are just unapologetic a‑holes and people need to stop using this “oh she needs help” excuse for her hateful behavior.